Barr bows out of European Championships at semi-final stage 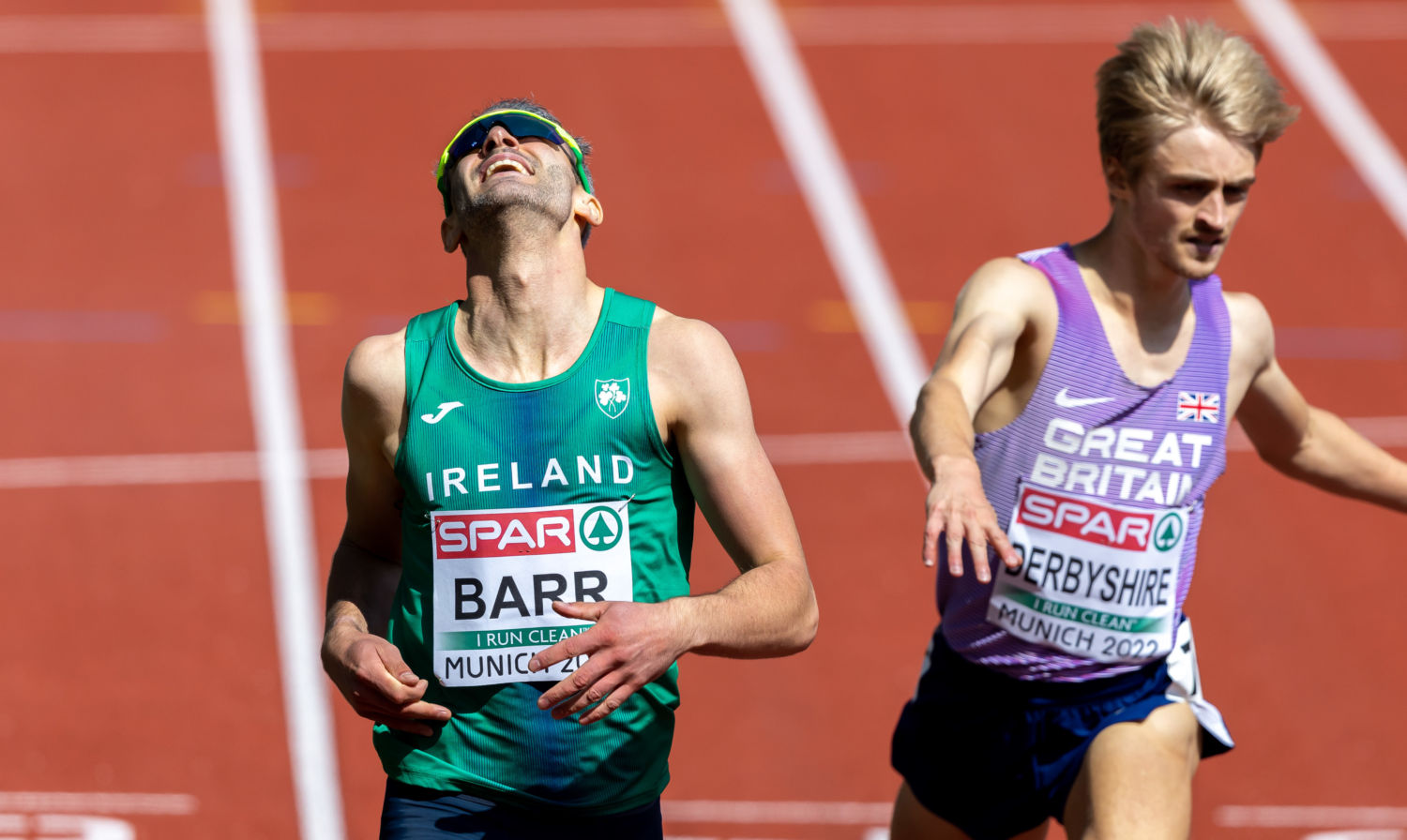 Waterford’s Thomas Barr after finishing third in this morning’s 400m hurdles semi-final at the European Championships in Munich. Photos: Inpho.

After winning his heat yesterday (Wednesday) there was no joy this morning for Waterford’s Thomas Barr in the semi-finals of the 400m hurdles at the European Championships in Munich.

With two automatically qualifying for Friday night’s final, the Dunmore East man, from lane eight, finished third in a time of 49.30 seconds.

Even though it was Thomas’ season’s best time, he had to wait to see if would be good enough to make the final, in which he medaled in these championships in Berlin in 2018, and unfortnunately it wasn’t to be as  Belgium’s Julien Watrin and Switzerland’s Julien Bonvin both finished faster thus denying the Ferrybank AC man a place in the final.

Speaking afterwards Thomas Barr said, “I’ve come to these championships enough and I know the disappointment is huge, but it’s also fleeting. If I was to allow it drag me far down, I wouldn’t come back year on year. I’ve had my share of good luck, this year was one of those unlucky, frustrating years.”