Robert Troy apologises for ‘errors and omissions’ in Dáil declarations 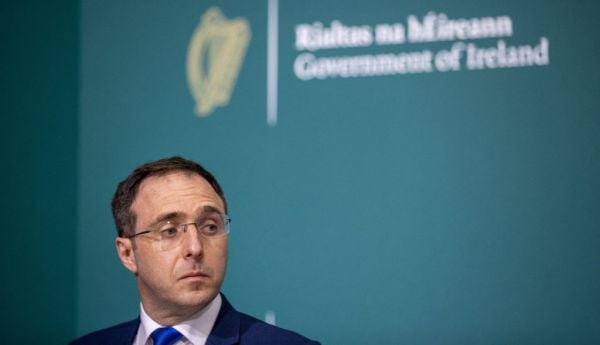 Junior Minister Robert Troy has “apologised unreservedly” for a series of “errors and omissions” he made in his declaration of interests to the Dáil.

The Minister of State with responsibility for Trade Promotion said he fully appreciated the “seriousness of his mistake” as he confirmed he had amended the Dáil’s register of declarations of interest.

The Fianna Fáil TD has also submitted an amended return to the Standards in Public Office (Sipo).

“I take my role and responsibility as a TD for Longford-Westmeath and Minister of State very seriously and I fully appreciate the seriousness of my mistake,” he said.

“I sincerely regret that my omissions and errors could be seen as my deflection or disregard of my responsibilities as public representative.

“I take full responsibility and I apologise unreservedly to my constituents, colleagues in Government, to the Dail, and to Sipo for these errors and omissions.”

Website The Ditch first reported that Mr Troy had previously owned a property in Mullingar, which he sold to Westmeath County Council in 2018 for €230,000, that had not been declared on the official Dáil register.

Mr Troy was a Westmeath councillor before his election to the Dáil in 2011.

In a statement on Thursday, the Longford-Westmeath TD said he had been under the “mistaken impression” that only property in his possession on December 31st of the registerable year was to be registered and not properties sold during that year.

Mr Troy said: “I have reviewed my declarations made to date in detail and I am satisfied that my amended returns accurately reflect all my interests for public record.”

He submitted a total of seven entries in the amended document.

The entries are as follows:

For 2021 he has added that he has his former registered private dwelling house (PDH), Main Street Ballynacargy “rented out since November 2021”.

For 2018 he said he has included “the sale of Ashfield which was recorded in all previous years”.

Mr Troy also added RMT Management Limited under directorship interests for 2021: “This was declared in previous years. I began the VSO process to close in 2020, and ceased operations in 2020. I was unaware that the process was not formally completed until 2021 – hence my error.”

Under land interests, he added the following:

For 2011-2021 he included all properties under land and occupation. Previously I had declared them under “Occupation”, on advice from Sipo these should be declared secondly under “Properties”.

For the year 2019 he has now declared “the sale of Ashlawn, Clonbalt Woods, Longford. This was omitted in error as the property was bought and sold that year.”

For 2018 he said he had “included the sale of Ashfield under land secondly as per the above advice.”

Mr Troy also refuted allegations that he had insisted on rent monies be paid in cash.

He said he was aware of “inaccuracies” shared by specific media outlets and shared by individuals on social media “pertaining to his alleged insistence of rent monies to be paid in cash”.

“I have reviewed my records on such, and I fully refute such claims,” he added.

“On full review of my records, I can confirm that Westmeath County Council paid rent for this property through electronic transfer from August 1, 2011 to the date the tenancy ended.

“At all times, I fully declared my income from this, and all property I own.

“I also fully refute inference or implication of any improper tax conduct on my part. I am fully tax compliant as a landlord and public representative.”

Mr Troy also published details he did not have to be declared but for “full transparency” he said he wanted to outline further information.

The statement read: “I have at all times declared my 50% ownership of 39 Cathedral View Mullingar. During the course of my review, it was brought to my attention that this property is in fact registered in the sole name of the co-owner. That is clearly an error, and I will take the necessary steps now to have this corrected.

– I have disclosed details in relation to negotiations for potential sales of properties.

– My now wife and then-girlfriend was a secretary of RMT Management Limited.

– I held voluntary and non–remunerative directorships with Westmeath Community Development and Mullingar Arts Centre – ending in 2011 and 2015 respectively.

– I have provided details of the sale of the garden of one of my registered properties, 25 A Rathdown Road, in 2020.

– I registered an inter-parliamentary trip to Taiwan in 2013 – I participated in a Rent-a-Room scheme in 2019 in my private dwelling house.”