Consumer spending down for first time since January 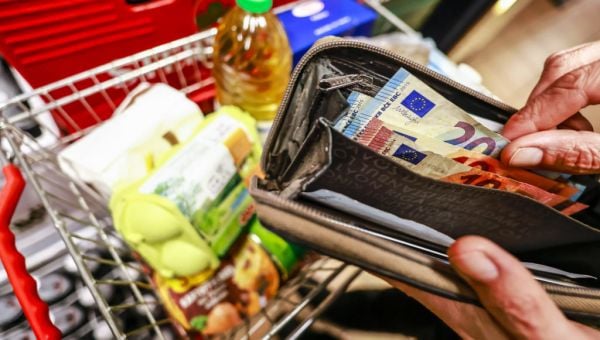 Customer spending fell in July by 0.5 per cent, the first decrease in spending since January, according to AIB.

Consumers spent almost €87 million a day throughout the month of July.

However, despite this overall decrease, spending significantly increased in businesses supported by domestic Irish tourism.

Spending on groceries also rose by 2 per cent.

All other sectors saw a decrease in spending, with airline travel seeing a decline of 8.5 per cent.

Reflecting the increase in domestic travel, Dubliners’ spending rose in every county except for Kildare and Longford. They increased their spending by 55 per cent in Wexford, 53 per cent in Kerry, 26 per cent in Cork and 16 per cent in Galway.

Digital wallet payments were up 6 per cent as consumers spent almost €13 million a day using the technology on their devices, counting for one in every €7 spent during the month.

Pay day on July 29th was the busiest day for consumer spending.

John Brennan, head of SME banking at AIB, said: “While overall spending in July fell slightly, spend in establishments that are supported by Irish tourism saw a significant increase. As is typical in the later summer months when fewer holidays are being booked, consumers spent less on airline travel, but spending in the sector is much higher than last year when Covid-19 travel restrictions were still prominent.

“Digital wallet payments are up 6 per cent, showing how increasingly popular the cashless payment method is becoming with the public. They are now spending nearly €13 million a day by tapping their phones and watches. This is equivalent to nearly one in every €7 during the month being spent via a digital wallet.”