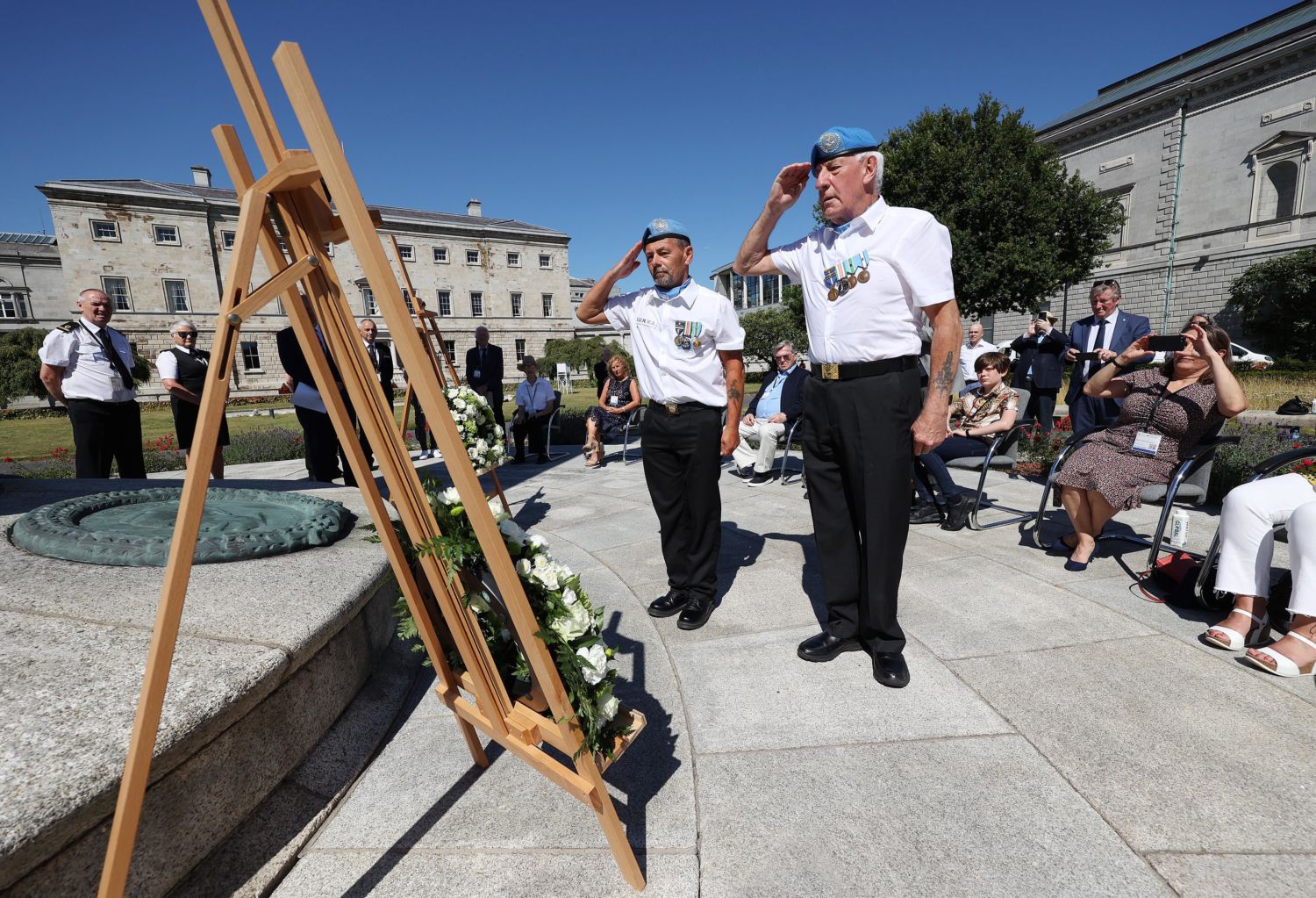 Sean Harris (left) and PJ Povey, members of the Irish United Nations Veterans Association, pictured after laying a wreath at a remembrance event to mark the centenary of the passing of the Sinn Fein founder Arthur Griffith on the Leinster House Lawn.

WATERFORD TD Matt Shanahan (Ind) said the contribution of Arthur Griffith in the establishment of an independent Irish State “must never be diminished and must endure”.

The TD contacted members of Arthur Griffith’s family along with his biographers and then approached Leinster House officials to suggest an informal remembrance event be held in the grounds of Leinster House.

Following discussions with Ceann Comhairle Seán Ó Fearghaíl, Clerk of the Dáil Peter Finnegan and other Leinster House staff, permission was granted for the event which took place at the cenotaph, which honours Griffith, Michael Collins and Kevin O’Higgins.

The event, which was also supported by the Department of Defence, featured army veterans, senior Leinster House staff and a wreath laying on behalf of the Griffith family members in attendance and retired veterans on behalf of a grateful nation.

Contributions to the event included the reading of a testament on Griffith’s life by Captain Karl Muckian and a ballad performed by folk singer Lisa O’Neill (using Griffith’s writings as verse material) supported by musical arrangements from trumpeter and bugler Nathan McDonal.

A virtuoso piping performance was also given on Friday last by Waterford piper Tony Wallace, who performed a piping tune written by Arthur Griffith, a further piper’s lament, and closed out the ceremony with Amhrán na bhFiann.

Born in Dublin, in a life which also featured careers in printing and journalism, Arthur Griffith (1871-1922) founded the National Council which merged with the Sinn Féin League to form Sinn Féin in 1905.

Interred in Richmond Barracks following the 1916 Rising, which he had not been an active element of, Griffith was sent to Reading Jail and remained there until Christmas Eve of that year. Griffith gave way to Éamon de Valera as party leader in July 1917, with Griffith serving as deputy leader until the Anglo-Irish Treaty in December 1921.

Following 10 months at Gloucester Jail in 1918, Griffith was appointed Minister for Home Affairs by the first Dáil and served as acting President in de Valera’s US absence from June 1919 to December 1920. Following Bloody Sunday, Griffith spent seven months in Mountjoy Jail but was appointed Minister for Foreign Affairs by de Valera in August 1921. This led to his involvement in the Irish delegation, which negotiated the Anglo-Irish Treaty in London for almost two months.

In June 1922, just two weeks after Griffith had retained his Dáil seat in Cavan, Civil War broke out. As noted by the Dictionary of Irish Biography, between June 23 and July 30, Griffith attended 41 of the provisional government’s 42 meetings.

“But his health broke down, and he was in St Vincent’s nursing home, Leeson Street, when he died suddenly on 12 August 1922 from what was officially described as a stroke, but was more likely to have been a heart attack.” He was 51 years of age. Within 10 days, Michael Collins would be dead, aged 31.

Deputy Shanahan has committed to supporting a proposal to Dublin City Council to erect a statue to Arthur Griffith close to the institution he played such a prominent role in securing. 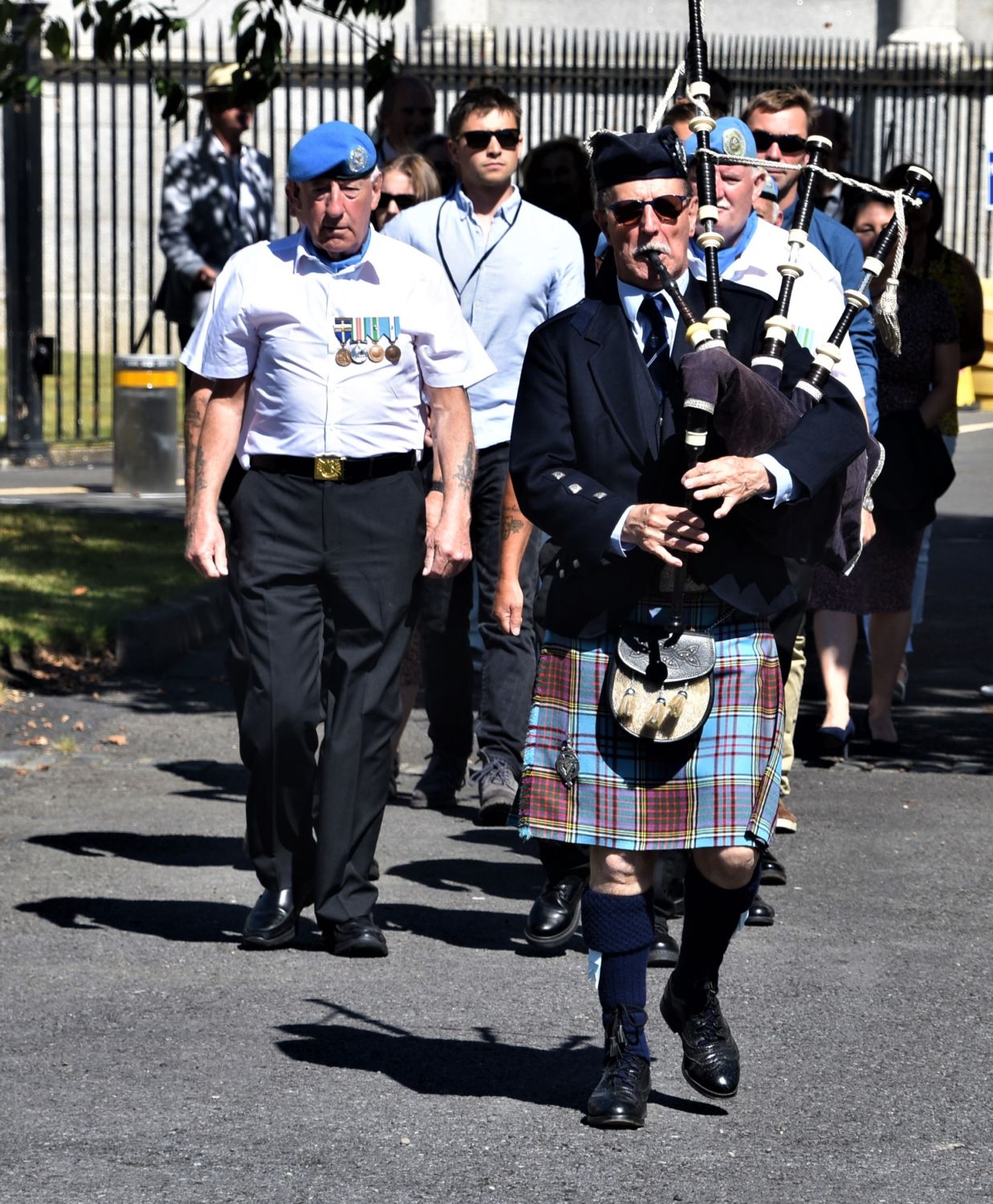 Waterford piper Tony Wallace leading attendees to the remembrance event held to mark the centenary of the death of Arthur Griffith. 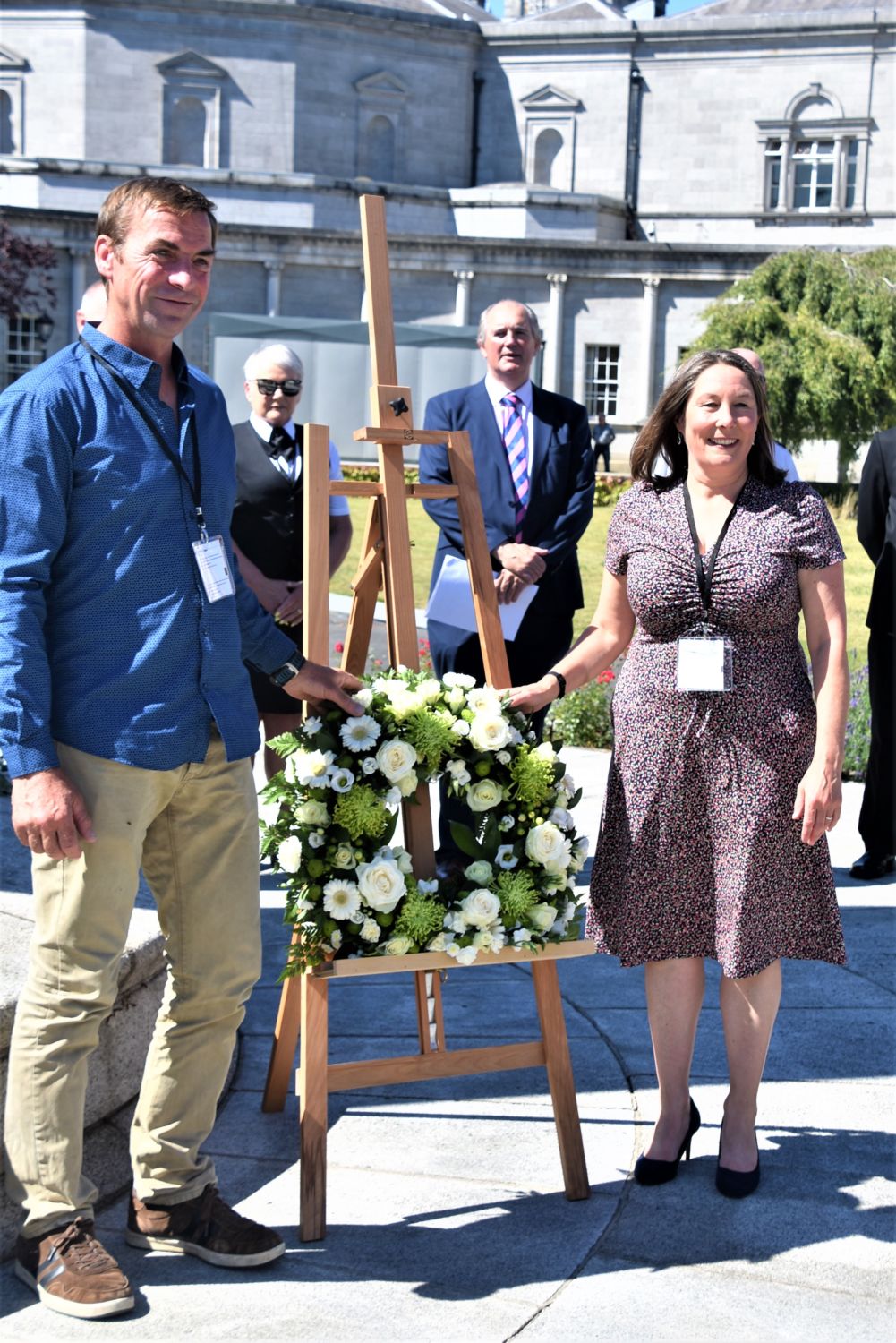 With Waterford TD Matt Shanahan in the background, descendants of Arthur Griffith were among those who attended last Friday’s remembrance event.