Catherine Drea: Just Between Ourselves… 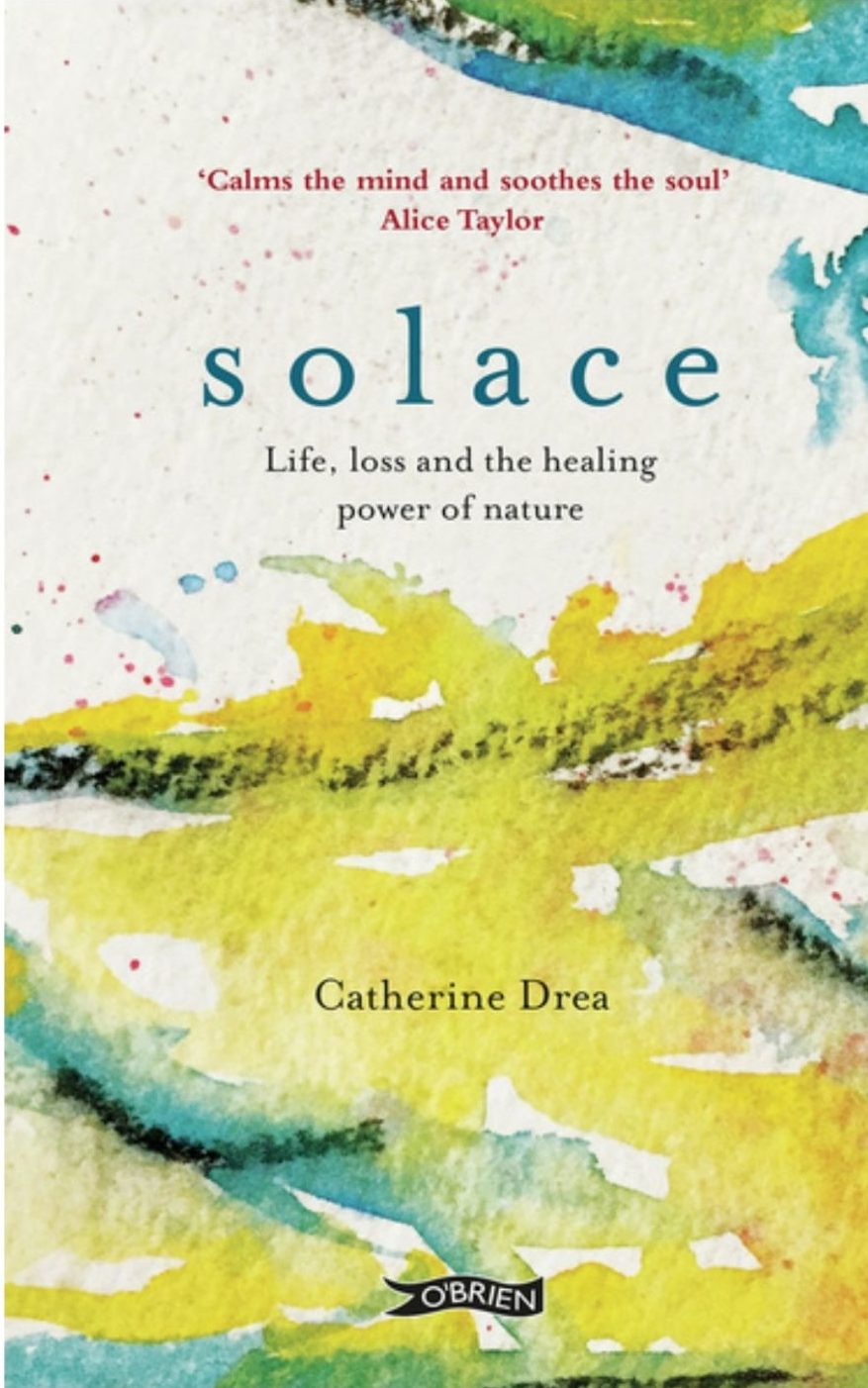 …I CAN at long last share a bit of special news. You will be hearing more about it next month so for now let me just say that my new book, ‘Solace’, has been revealed by the O’Brien Press. The whole genesis of the book is a story in itself but this week, I’m going to tell you about an incredible person without whom the launch of my book probably wouldn’t even be happening.

There are people in the world who dedicate themselves to supporting writers. Can you imagine a world without books? A world without stories and pictures passed down through generations? Because without publishers and libraries working with writers, illustrators and storytellers to keep books alive, the book as we know it would certainly have been killed off long ago by TV and the internet.

In my own childhood, a highlight of the week was walking to the local library to exchange the two books, taken out the week before. I usually went for Enid Blyton adventure stories and couldn’t wait to get access to the grown-ups’ library where I would devour Agatha Christie. Books for us were a window on the world, and an escape from the everyday.

I didn’t know at the time when the O’Brien Press approached me that this Irish publishing company would be such a good home for me. If I had known about the fact that the boss Micheal O’Brien was a left leaning, atheist with a passion for conservation, nature and art, I would have had many different conversations with him. Funny how we sometimes fail to ask the right questions of people before it is too late.

Sadly Michael won’t now be present at the launch of Solace in The Book Centre next month, because he died recently at the age of 81. What a champion of creative people he was!  When we first spoke, his voice was so youthful that I thought I was talking to one of the younger generation. I got a sense of his incredible energy and excitement that day he rang me to say that O’Brien Press would like to publish a book with me. Yes, he was still at the helm of the organisation!

As is my form, I kind of tried to talk him out of the idea! He was fully committed to the project and in spite of my great age told me that I had at least 10 books in me, proceeding to outline all the ideas he had for them! In case he thought I was underwhelmed (I was quite the opposite), I contacted him the next day to explain that I was actually over the moon and still pinching myself in disbelief. This disbelief continues today!

When I heard at his funeral that he had campaigned to save Wood Quay, the earliest settlement of old Dublin, I remembered walking in a protest to save it too. Michael went further and occupied the site until the courts removed him. Wood Quay was a lost opportunity and in the end the Dublin Civic Offices were built on top of the site.

Around the same time, myself and a group of art students occupied a historic building in Molesworth Street that the developer Patrick Gallagher had bought and was threatening to demolish. I remember the great trepidation of climbing to the very top of the building and watching himself and his men arrive to remove us. We lost that battle too and I’d love to have compared notes with Michael about the loss of heritage architecture.

Michael’s family background was rich in diversity, brought up as he was by communist parents. He was also a descendent of Crimean immigrants on one side, while his father had fought in the Civil War in Spain. No wonder then that he supported so many causes, and published such a cross section of Irish people from a variety of interests and backgrounds. Again I think about the overlaps in our interests and wonder what other chats we could have had about how Ireland has changed for the better and how much further we have to go.

We eventually settled on one book idea, and I began to write Solace. Setting out to write a book of 35,000-45,000 words with 80 photographs was daunting. I was worried that I would hate doing it, that I would give up, that I would never be good enough. One thing that stood to me was being a bit of a workhorse. Put me in front of a deadline, give me a few problems to solve and I will stab away until the work is completed. As I said to Michael, I don’t know if it will be good, but it will be done!

And done it is!