View From The Green Room: Murder and Mayhem in Daly’s “The Attack” 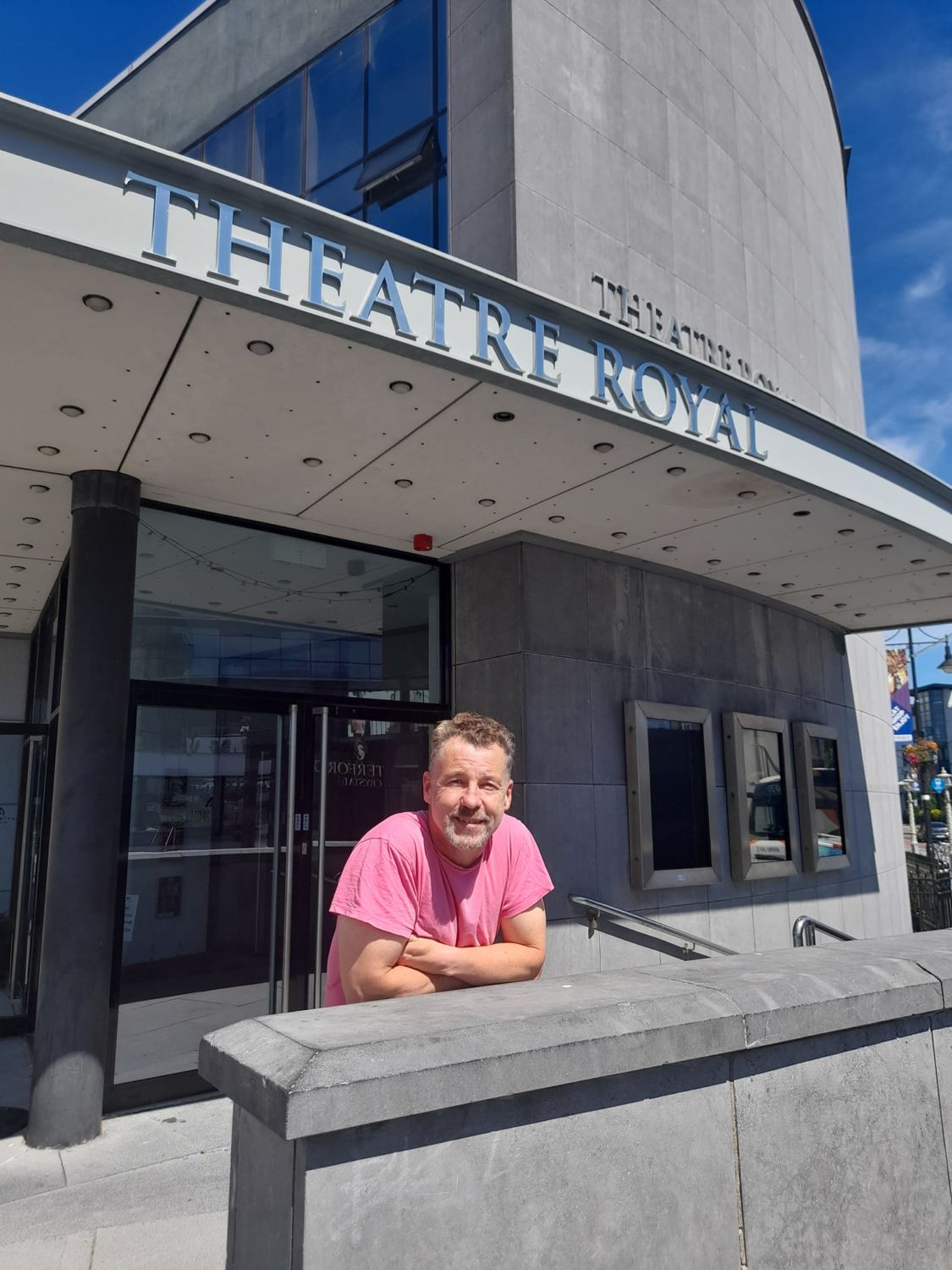 WATERFORD playwright Pat Daly’s drama begins as it ends. Shrouded in uncertainty and stunned by the course of events that has brought local mechanic Stevie from private hero to public vigilante. In a few short weeks. “I’m not bad…I was good…and now I’m bad…how? why me?” We all dream of shaping the world. In reality, the world shapes us. And fate makes us.

So…how did it all kick off? And…just how exactly how did unlikely hero Stevie become the main actor in a violent drama that sends his conscience into overdrive and his sense of self-worth into a vortex of inner scrutiny.

Pat Daly has transposed the London Bridge knife attack, by an Islamic terrorist, to a Waterford’s Geroge’s Street pub and protagonist Stevie’s account of the mayhem in the pub is packed with incident. Daly’s gift is that everything in described in the present tense so that we are always aware of what is happening both in the pub and within have-a-go Stevie’s mind as he tackles the terrorist.

There’s a fatality and casualties and the mechanic’s intervention brings the violent episode to a close as he disables and seriously injures the Islamic fanatic who has blades attached to his arms with duct tape. Stevie is injured himself but thinks nothing of it until the police arrive. “You’re a hero” declare the guards. He’s applauded in the pub by the customers and by the doctors when he arrives at the hospital. He’s got more texts than a popstar. It’s viral on social media and people want pictures with Stevie the hero – the mechanic Ninja!

Only Stevie doesn’t feel like any hero. He’s got imposter syndrome now – he doesn’t believe that his success is the result of his own efforts. He’s searching for answers. “Why did I do it…why did I react like that…why doesn’t it make me feel any better about myself?” Quite the contrary, actually. He’s actually appalled by his own violent reaction and he feels that the real heroes are the other customers in the pub. Especially the one whose wife and daughter received serious stab-wounds. And his beyond-ordinary tubby friend Larry.

Except Larry’s got problems of his own with his son’s drug debts that Larry finds himself now saddled with and his family are getting death threats. Larry wants help – vigilante help. The kind that only a Ninja hero can summon up. Enter Stevie.

Things quickly escalate out of control and…well…that’s for another night and another audience that Daly’s violent script will own.

Michael Power is superb as Stevie. He’s in your head from his first entrance and was in mine when I woke up the following morning. Power creates a range of living, breathing, suffering characters that make you feel that the whole world has passed by. Events determine him but his doubts define him…”none of us know what we become”… and transform him from super hero to tormented avenger…”I’m a good guy…gone bad…gone good”. He meets victims and he also meets the assassin’s immediate relatives –mother, wife and daughter. There’s no such thing as abstract suffering in Daly’s storytelling ; it’s immediate, it’s real and it’s always local. Every thug is someone’s child or husband or wife. And revenge—even for superheroes—is always a dish best served cold because it brings no satisfaction.

Director Liam Butler never allows the pace to sag and multiple scenes never interrupt the plotline. Stage Manager Niamh Fennessy makes all the compromises necessary to transform the backstage area to mini-theatre where a clever lighting plot facilitates all the scene changes.

Pat Daly never ceases to amaze with his versatility as a writer. This suspense thriller still manages some showstopper gags that lift the veil from the murky darkness of this intense narrative. His dialogue is natural and all his characters are believable from the condescending Pollack with broken English to chubby Larry with all those demons to the grieving widow who, unfortunately for her, loves a thug. Moving the premise of the story of a terrorist attack on London Bridge to one in Waterford’s George’s St. makes us doubt but the doubts that haunt his central character overcome any misgivings.

Waterford playwright Pat Daly’s “The Attack” is a multi-layered complex story that is well told and local actor Michael Power tells it well.