‘Anything Goes’ at the Theatre Royal 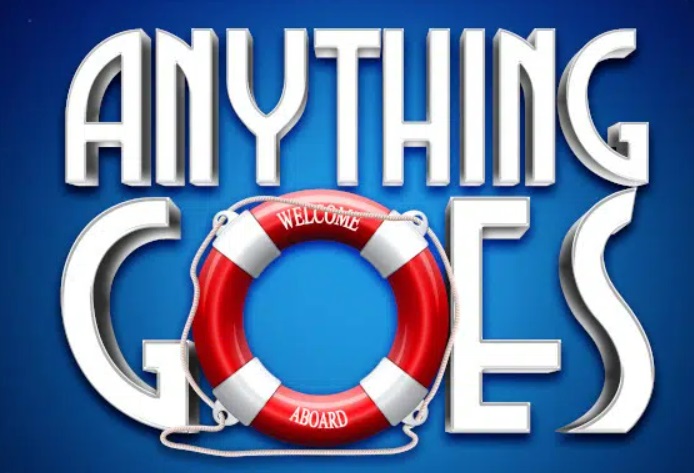 JACK Cunningham’s production of “Anything Goes” opens tomorrow night (Wednesday) for four nights at the Theatre Royal. It’s an entertaining romp aboard a cruise ship with some really funny characters that can belt out a number quicker than a Penny’s busker.

The action is set aboard the ocean liner, ‘S. S. American’, where sexy evangelist turned nightclub singer, Reno Sweeney, is en route from New York to England. Her pal Billy Crocker has stowed away to be near his love, Hope Harcourt, but the problem is Hope is engaged to the wealthy Lord Evelyn Oakleigh.

Joining this love triangle on board the luxury liner are Public Enemy No. 13, Moonface Martin and his sidekick-in-crime Erma. With the help of some elaborate disguises, tap-dancing sailors and good old-fashioned blackmail, Reno and Martin join forces to help Billy in his quest to win Hope’s heart.

Featuring a joyful, gold-plated score of theatre’s most memorable standards, including ‘I Get A Kick Out of You’, ‘You’re the Top’, ‘It’s De-Lovely!’ and Anything Goes, it’s everything you expect from a big, brash, Broaadway musical.

‘Anything Goes’ has music and lyrics by Cole Porter, an original book by P.G. Wodehouse & Guy Bolton with Howard Lindsay & Russel Crouse and a new book by Timothy Crouse and John Weidman.

21 years of creativity, culture and community – Imagine that!