Time Out With Timmy: Cricket, Craic and Castle Capers 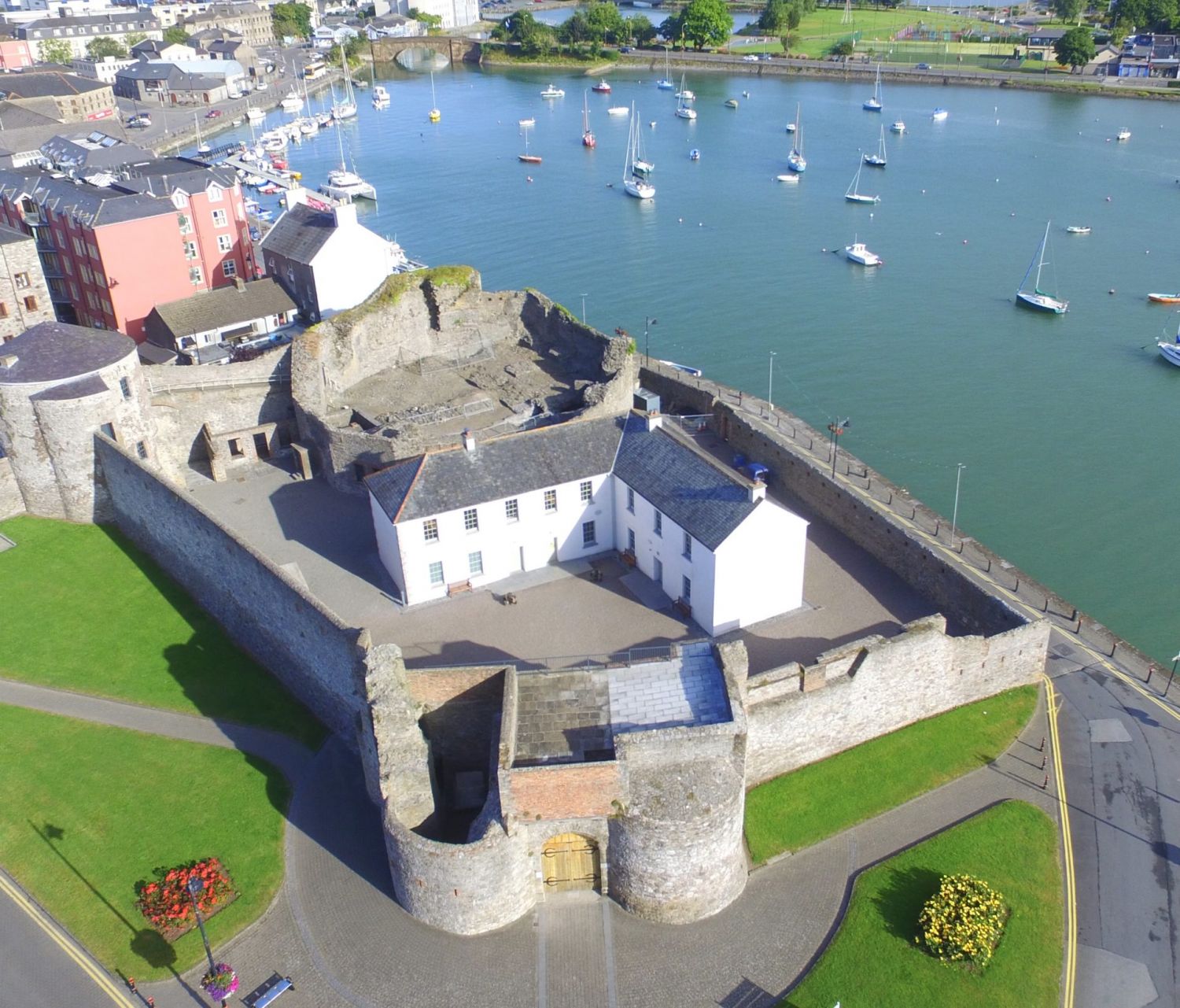 Dungarvan Castle: a place filled with memory for me.

DUNGARVAN Castle holds wonderful memories. The Castle, or King John’s Castle to give it its proper title, was simply my playground for a good deal of my youth. For anyone of my vintage, it was usually referred to as the Guard’s Barracks or the Barracks as it served as the Garda Station in Dungarvan for many years.

Today this very old part of town looks amazing.   A war memorial just beside the castle adds to a sense of unique heritage and the walk around the exterior of the Castle itself reveals a pretty seaside landscape overlooking the impressive harbour.

Built in 1185, the castle was once used as a base by the British Army and the Royal Irish Constabulary, then taken over by the IRA who vacated in August 1922, setting fire to it.  The Gardai were then occupants until 1987.

During its colourful history, it was seized by Oliver Cromwell who spared the town from being sacked thanks to a local woman Mrs Nagle, who, it is said, offered beverages to the troops upon arrival thus earning their favour. Fair play to her. I was once told by a local Garda about the ‘murder hole’, a gap in the castle upper wall where nasty stuff could be poured down on the hapless enemy who would likely meet a horrible fate. There’s a great old photograph of the feared Black and Tans leaving Dungarvan in 1922 passing right down the street where I lived, indeed there are folk pictured at the door of our house watching proceedings.

Growing up on practically the same street as the Castle in Main Street or Parnell Street to be precise, I and my companions would have frequently gone to the ‘barracks’ to play or just hang out.  I still wince at the thought of an older friend of mine actually jumping from one of the interior walls in the Castle on to a flat roof a few feet away. That he landed successfully without doing himself a serious injury was miraculous.  It was from the very courtyard itself one summer day in the early 70s or so when I was six or seven and I was to experience a little drama myself.

We’d been knocking around up to not a lot when one of the lads threw a strop and wanted to go elsewhere much to our annoyance as I remember it. We followed our sulking buddy to the ‘Look out’ just by the sea front and within 10 minutes or so, as incredible as it might sound, I was fighting for my life. We had spotted a target floating on the water and we began chucking pebbles or stones in an attempt to land them on it.

Unfortunately, and my memory is vague, I apparently lost my balance on the slope of the slipway and fell in. The rest is blurry except remembering how black it was and seeing a man on the bank peering over the railing. As it happened, a local man Jim Sheehan had asked to have a kick of our football for a minute as events unfurled. To this day I thank God he was there at that moment and was quick thinking enough to throw in a life bouy and pull me out.  I have no recollection of grabbing it, but I do have a picture in my head of lying on the ground spluttering out water. The dash to the hospital was swift and after four days of observation I was able to go home. Drama I would never want to repeat.

Back to the Castle. The best craic we knocked out of the place for me was the handball and the squash as we called it. Really it was in effect handball with rackets. Even the Gardai occasionally joined in.  As I recall, Christy Kiely and later to be Superintendent, Mick Blake, were both very decent sports and never minded us playing in their workplace environs. I can still see Mick blasting a couple of balls against the high wall before heading in to earn his crust and go about his duties.

Attempts were made to play cricket on the stone ground directly outside the main Garda office. This I had the misfortune to be roped into once and that was more than enough thank you. The trick was to make the tennis ball as heavy as possible for the bowler to gain an advantage. This was achieved by saturating said ball under the nearby tap thus making it a heck of a lot heavier as it hurtled toward the poor batsman.  I happened to face a few of these projectiles and it nearly took my wrist clean off. A field is the only place for cricket, even a crude improvised variation.

For posterity I should come clean and admit to ‘mitching’ from school a time or two and seeking the relative refuge of the back of the barracks. I say relative as you could never be certain that you wouldn’t be spotted by a Guard or a passer-by.

Around the side of the main Garda Station, there was some overgrown cell like structures which surely could tell a tale or two if they could speak. Just in from one entrance from the Quay, if you came in a side door and turned right, you came across a dungeon-esque type cavern or cell like spot which had stairs leading up to a roof top area which was rarely used for anything or visited by anyone. We occasionally would play up there when I felt the urge, usually the day we had a Science or Maths test in the CBS, possibly midweek, I would head to my oasis for the afternoon and skip school. All the while being considerably nervous at the thought of being sighted. I suppose it added to the sense of adventure. A bit of an escapade if you like. I always thought I’d be caught but never was.

Today, tours are available at the castle. You might even find an old battered tennis ball buried somewhere.  Be mindful, this once wreaked unholy terror within these grounds. Cromwell might have even approved. The place will probably be standing long after I’m gone.

Time Out with Timmy: Who Knew?