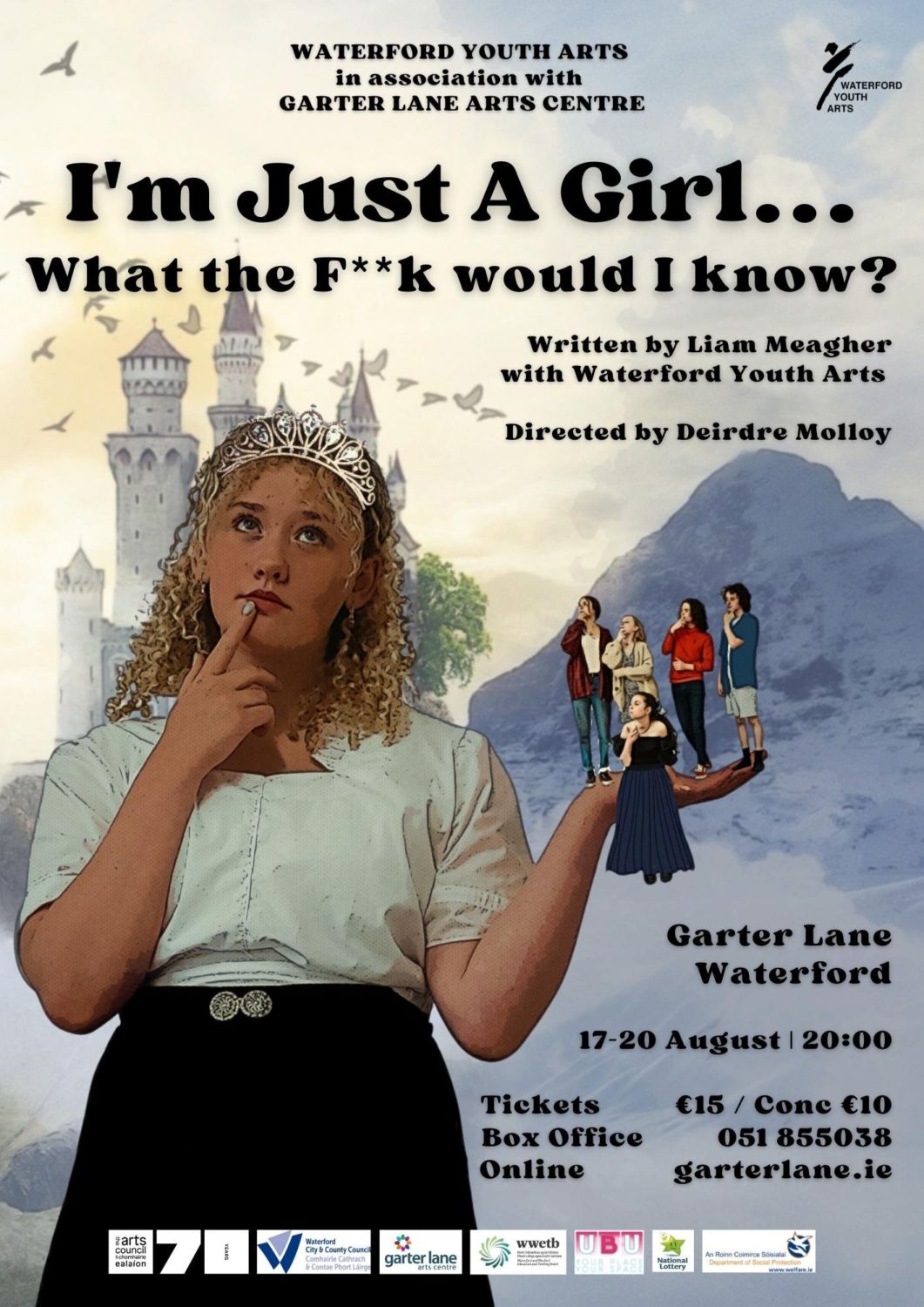 LIAM Meagher certainly has the smarts when it comes to writing teen plays for Waterford Youth Arts.

Every member of the cast is involved in multiple parts with multiple lines that keeps everyone of us involved There’s nothing like a large cast to engage an audience and when smart-alecky narrators Devlyn Lonergan, Robyn Libreri, Sofia Chaus, Maria Grant and Leah Sheridan pop in and out with rhyming couplets to fill in the gaps in the story, the laughs come thick and fast.

The storyline is beyond bizarre and makes for great fun all night. There’s  shy king (Charlie Meagher) who hooks up on Tinder with a madcap Queen (Leah Sheridan) and finally meet in person at the door of Penney’s!

Baby Princess Hope ( Anabel Linnea – who ages at a rate of knots btw) arrives. Tragedy ensues as King and Queen are killed by a yellow cut-out bus –actually, no one ever dies in WYA because the actors keep showing up! – leaving Princess Hope to be raised by a group of predatory and ponderous Elders (Lily Murphy, Matthew Fitzpatrick Foley, Rory Farrell, Jody Cooper-Meagher and Maria Lyash) who rest the princess’s huge fortune in their own accounts. Yeahh…rrrright!

When she decides at age 16 to give away all her fortune to the poor, the Elders banish her to the Island of Obscurities where the only other inhabitant is singer/songwriter/philosopher Kangorillapig (Patrick Brennan).

There’s a helluva lot of mansplaining going on from the Boys (Charlie Meagher, Liam Gilshinan, Ivan Leahy and Patrick Brennan) who explain the ways of a man’s world and the limitations of a woman in it “because you’re only a girl”.

When Princess Hope, and her girls’ chorus (Ava Manning, Julie Hannon, Tilly Cusack Holden) accompanied by Kangorillapip on guitar,  hits us with “I’m just a girl…what the f**k would I know”, the misandrists have the floor. And what’s more…they never give it back as the male audience get a blast of Hope’s opinions on the men in her world.

With the help of Ringtailed Rhinoce-Budgie (Charlie Meagher – see, I told you no one ever dies with WYA!), the intervention of The Purple Whatchamacallits (Lily Murphy, Ava Manning, Devlyn Lonergan and Charlie Meagher) and the advice of Wise Old Wife (Charlie Meagher…again…and Jodie Cooper Jacob), Hope manages to fly in a barrel-helicopter back to her kingdom.

Being WYA, there just has to be a demon, a quest, a secret weapon, a battle and a victory and Hope is on the ball here with a woman’s secret weapon of female intuition (yeahh…rrrright!!!) also as she fulfils all our summer needs and restores order to the kingdom.

Deirdre Molloy directs Liam Meagher’s madcap adventure with all the assuredness of a director immersed in youth theatre and the whole evening is a summer delight. Well done to everyone connected with this production and to graphic designer Jessica Flynn’s splendid poster design. 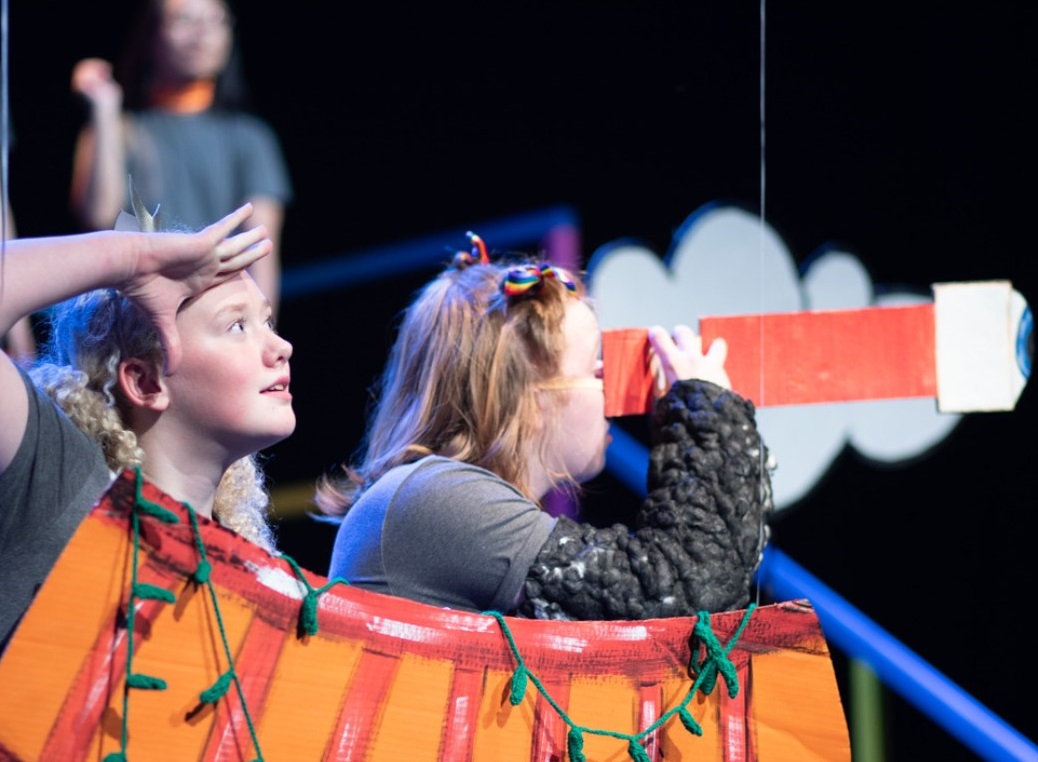 Princess Hope returns to her kingdom by ‘barrel-copter’. 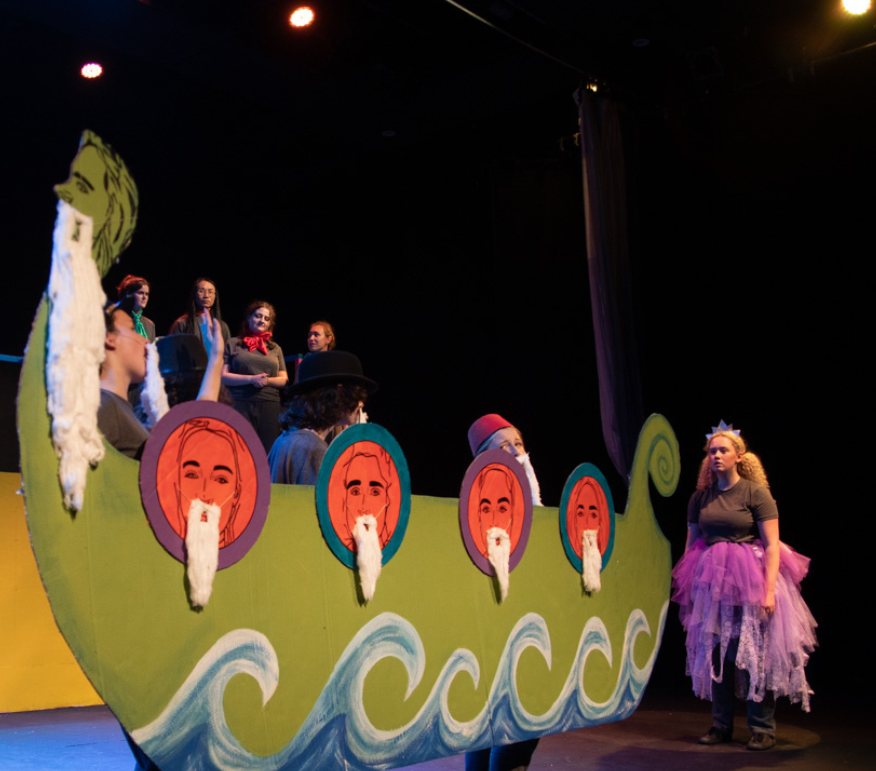 Onwards to the Island of Obscurity. 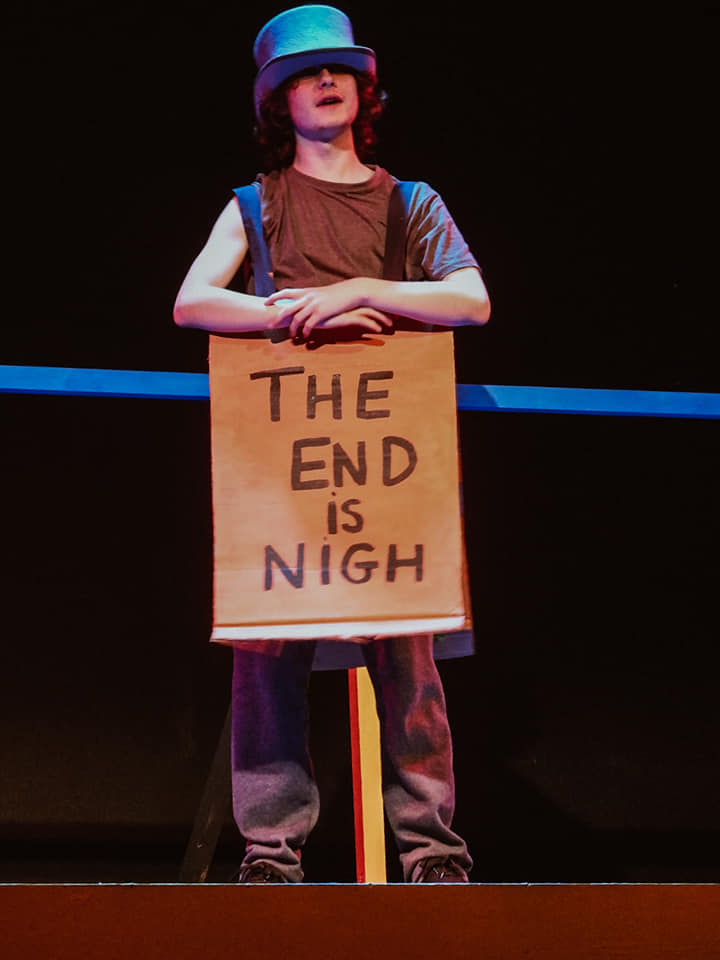