Word to the Wyse 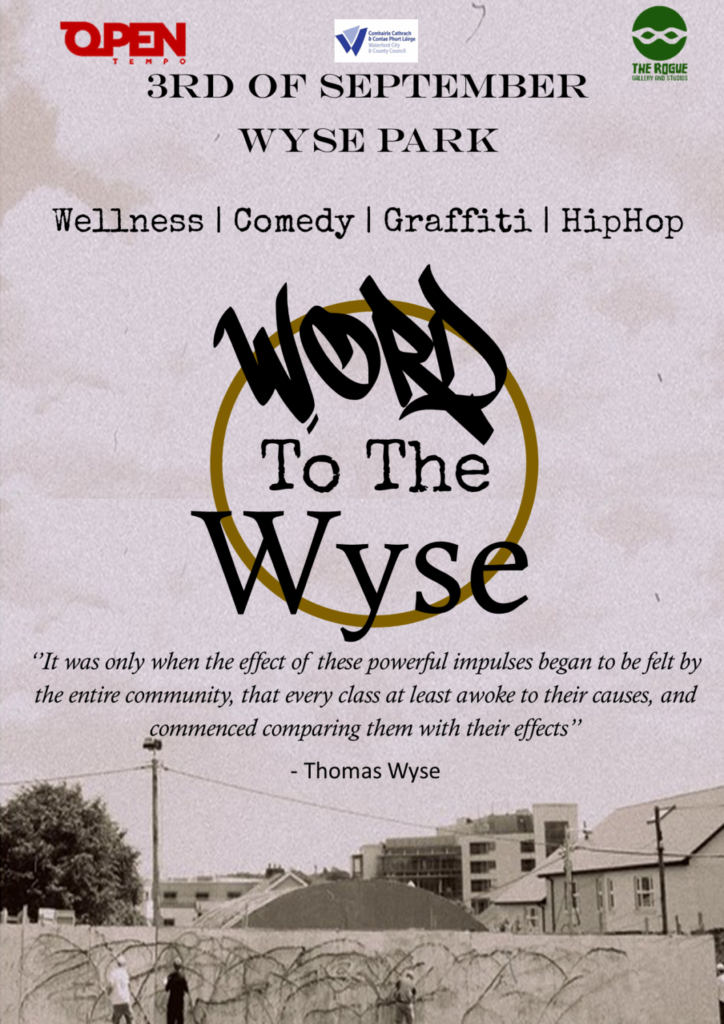 THE Rogue Gallery & Studios is teaming up with OpenTempoFMs Hip Hop Radio presenter Amy Jackma , and local comedy legend Sean Murphy for the second year running, to give you a beat dropping day of comedy, wellness and hip hop:

‘’Word to The Wyse’’ (Wyse Park) will showcase some of Waterford’s brightest and most talented artists on kicking off at 12PM on Saturday, September 3. Lila Kirtan are up first,  helping you find your breath and clear your mind using ancient techniques, and mantras. Then at 1PM, we’re handing the stage off to MJ Stokes who is the MC to this year’s comedy geniuses who are sure to give you belly laughs for the entire afternoon, as we see some of Ireland’s most promising and upcoming comedians take to the stage: Steve Stubbs StubVid Media, Saoirse Keating, Becky Cheatle, Felix O’Connor, Mike Sable, Alan MacGuire and Ally Ryan. Fast forward to 5PM, DJ Jay Ru takes to the decks playing all your favourite HipHop classics, and at 6PM, Waterford’s most talented rappers such as Sinister Valley, Cal Pacino, KREO GHOST, Sam Della and Red Wolf take the stage by storm. Book your tickets on Eventbrite or tickets on the day €5. Big thank you to funders the Waterford City and Council without the council support non of this would be doable.