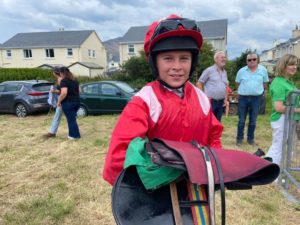 THE Horse Racing world and the Butlerstown Parish have been plunged into devastation and numbness this morning with the news that young Waterford jockey Jack de Bromhead – the only son of esteemed local trainer Henry and his wife Heather, has died tragically following a pony racing accident at Rossbeigh Beach in Kerry.

13-year-old Jack, who was a student at Newtown, was riding in the fifth race at the two-day Glenbeigh Racing Festival on Saturday afternoon when the incident occurred. After receiving emergency medical attention trackside and despite the best attempts to stabilise his serious condition, Jack was pronounced dead at the scene with the remainder of the festival cancelled as a result. 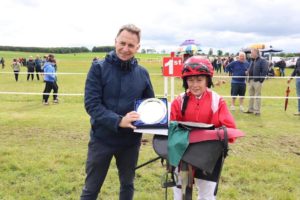 A native of the famed Knockeen stables in Butlerstown, Jack always had a love of horses and ponies, in particular along with his twin sister Mia and his younger sister Georgia. He was already building up quite a name for himself and recently described Henry’s twice Champion Hurdle winner Honeysuckle in an RTÉ interview as “the best mare in the world”.

Described as an “exceptional young lad” with a devotion to horse riding, Jack attended Butlerstown Primary School near his home and went onto Newtown Secondary School. However, it was the world of pony racing that he lived for and he rode five winners in the 2022 pony racing campaign until tragedy struck last weekend.

Jack rode winners in the sphere back in July at the big champions weekend at Moira, Armagh, before also riding a winner at Cahersiveen only six days ago abroad “The Highest Level”. He also rode his first winner at the Dingle Derby festival on Maurice Ahern’s “Johnny Depp” last month.

Jack also rode out at his father Henry’s stables, which houses many of the top stars, including Gold Cup winners A Plus Tard and Minella Indo, Grand National winner Minella Time, as well as the forementioned wonder mare Honeysuckle. He wore the red colours of his mother Heather during many of his pony rides.

The grandson of the former legendary trainer Harry, Jack was recognised as one of the upcoming stars of the pony world, and together with his two sisters, were part of the launch of the 2017 Dublin Horse Show at the RDS with his pony “Apples”.

Jack’s father Henry was awarded the Freedom of Waterford by the City and County Council back in June 2021 after becoming the first trainer to win the three main Championship races at the Cheltenham festival in the same year with Honeysuckle, Put The Kettle On, and Minella Indo. The de Bromhead family then followed up by recording a famous Grand National victory at Aintree with Minella Times in what were remarkable times for the Knockeen operation.

The devastating loss of young Jack, who died doing what he loved best, has stunned the racing world and the local community as a family steeped in great tradition prepare to deal with the heart-breaking events of Saturday last.

The Waterford News & Star extends its sincerest sympathies to Jack’s family and friends. May he rest in peace.