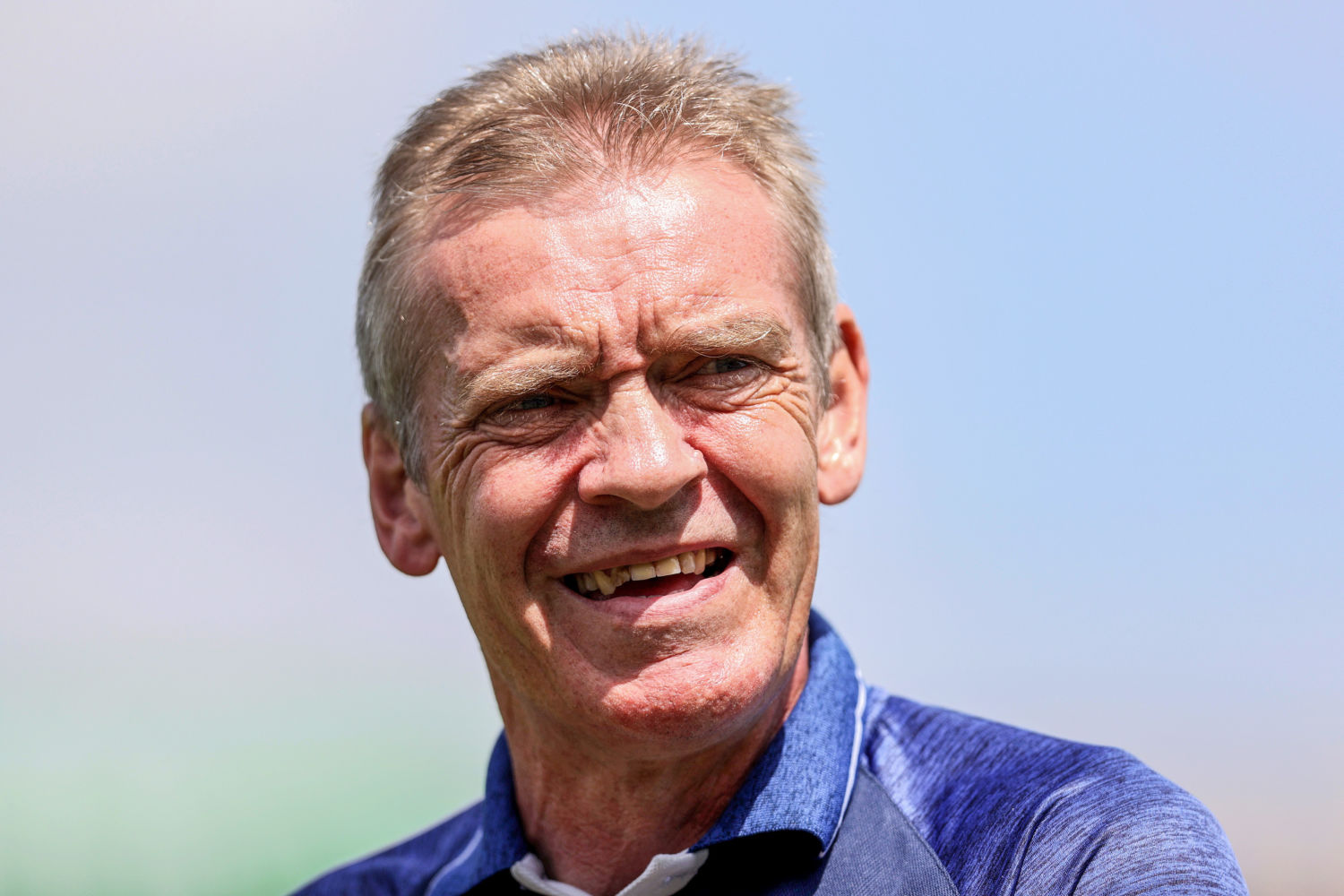 Derek Lyons has departed as Waterford camogie manager after two years in charge.

The Dungarvan man led the Déise to their first All Ireland semi final since 1959 this summer. Under his watch, Waterford won six out of eleven championship games (Down, Dublin, Wexford, Tipperary, Clare and Limerick).

The county board issued a statement on Tuesday night. “Waterford Camogie would like to thank Derek Lyons and his management team for all their hard work and commitment over the past two years including reaching the All Ireland senior semi-final for the first time since 1959. Following a full review of the 2022 season with players, Waterford camogie will now be seeking expressions of interest for the senior manager for the 2023 season.”

The highlight was the historic All Ireland quarter final triumph over Limerick in the Semple Stadium sunshine. It was all over at the break as Waterford went in twelve points up after producing their best half of camogie at senior level. Eight different players got on the scoresheet including all six forwards. The Déise played heads up hurling, picked out the player in the best position and changed the point of attack. Niamh Rockett netted twice and captain Lorraine Bray gave a player of the match display in a comprehensive 3-16 to 1-12 victory.

They left everything on the field in the semi final loss to Cork at Croke Park.
Waterford twice led by five points but the Rebelletes clawed their way back to emerge 0-15 to 0-10 winners.

Lyons broke down when interviewed under the Cusack Stand afterwards. “Just gutted. They’re just immense, every one of them. I’m a bit emotional to be honest with you. Because of the occasion and because of the effort they put in. We’re always fighting just to get them on the map and to be fair to them, today they did Waterford proud. The efforts that they put in all year long, we see it every night in training. We’re just oozing pride for what they did there today and equally we’re oozing disappointment that they didn’t get just rewards for their efforts. Look, we were there or thereabouts for 55 or 56 minutes and to be fair to Cork, you have to give them credit, they found a way to get around us.”

In his first year at the helm, the Déise lost their Division 1 status after a 1-11 to 1-10 defeat to Dublin in a relegation play-off. Lyons’ first competitive win came against Down at Walsh Park in the opening round of the All Ireland series. A late Beth Carton free earned the home side a nervy 16-15 victory. They followed that up a week later with an empathic fourteen point win over Dublin in Parnell Park to qualify for the knockout stages. Waterford took the field without the injured Carton for the All Ireland quarter final and went down 17-11 to Tipperary at Páirc Uí Chaoimh.

In 2022, Waterford lost the Division 2 semi final to Wexford and the championship opener to Dublin. Lyons’ charges turned their year around however with victories over Wexford, Tipperary, Clare and Limerick.

They enjoyed a famous result at Semple Stadium on Munster final Sunday. The girls in white and blue celebrated in the rain after a first win over Tipperary at senior level since they got promotion in 2015. Tipp prevailed in the previous four championship meetings but this was different as the Déise led from start to finish. 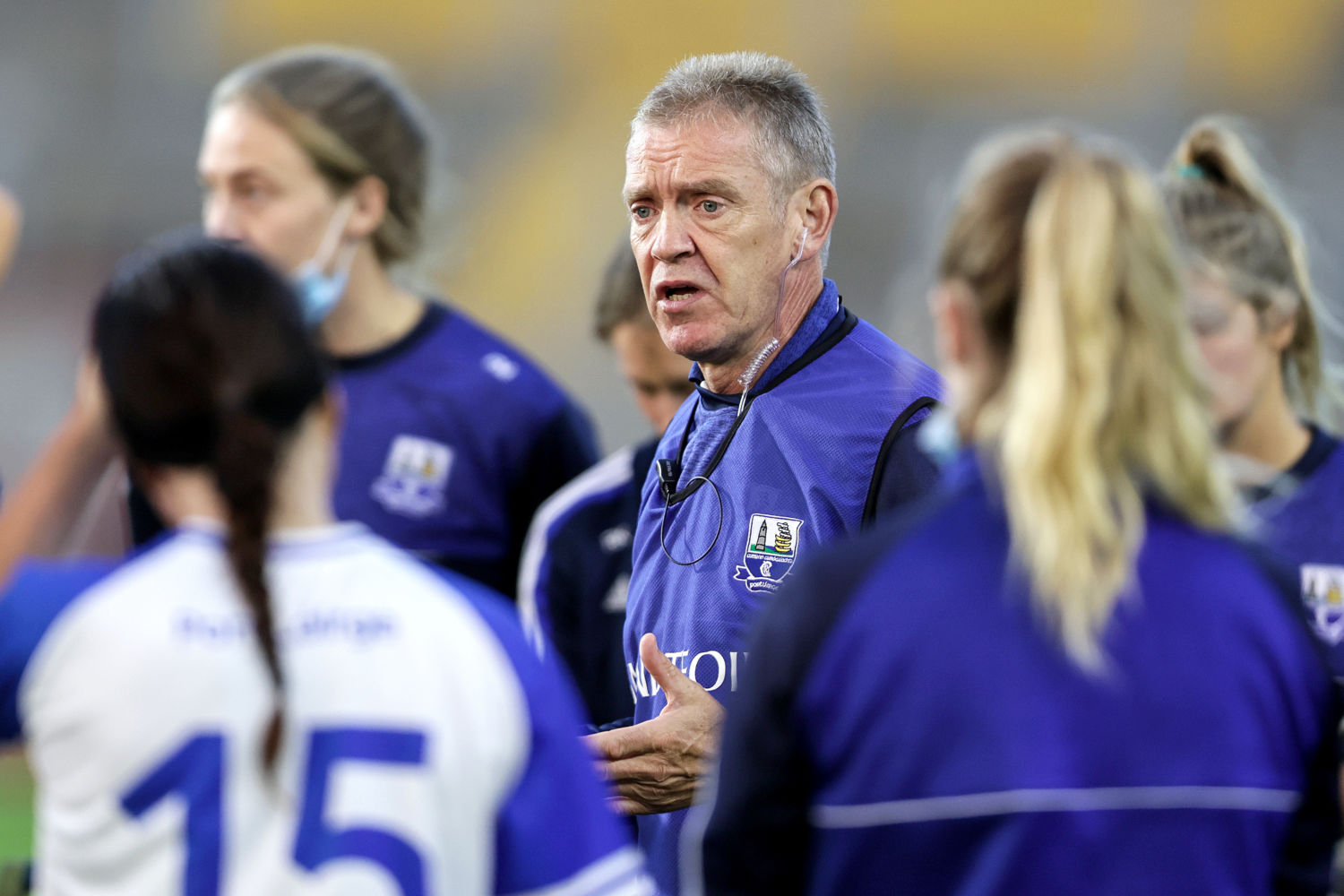 Waterford manager Derek Lyons speaks to his team after their All-Ireland Quarter-final loss to Tipperary in August, 2021.