View from the Green Room: Glam, glitz and glitter on Jack’s SS America 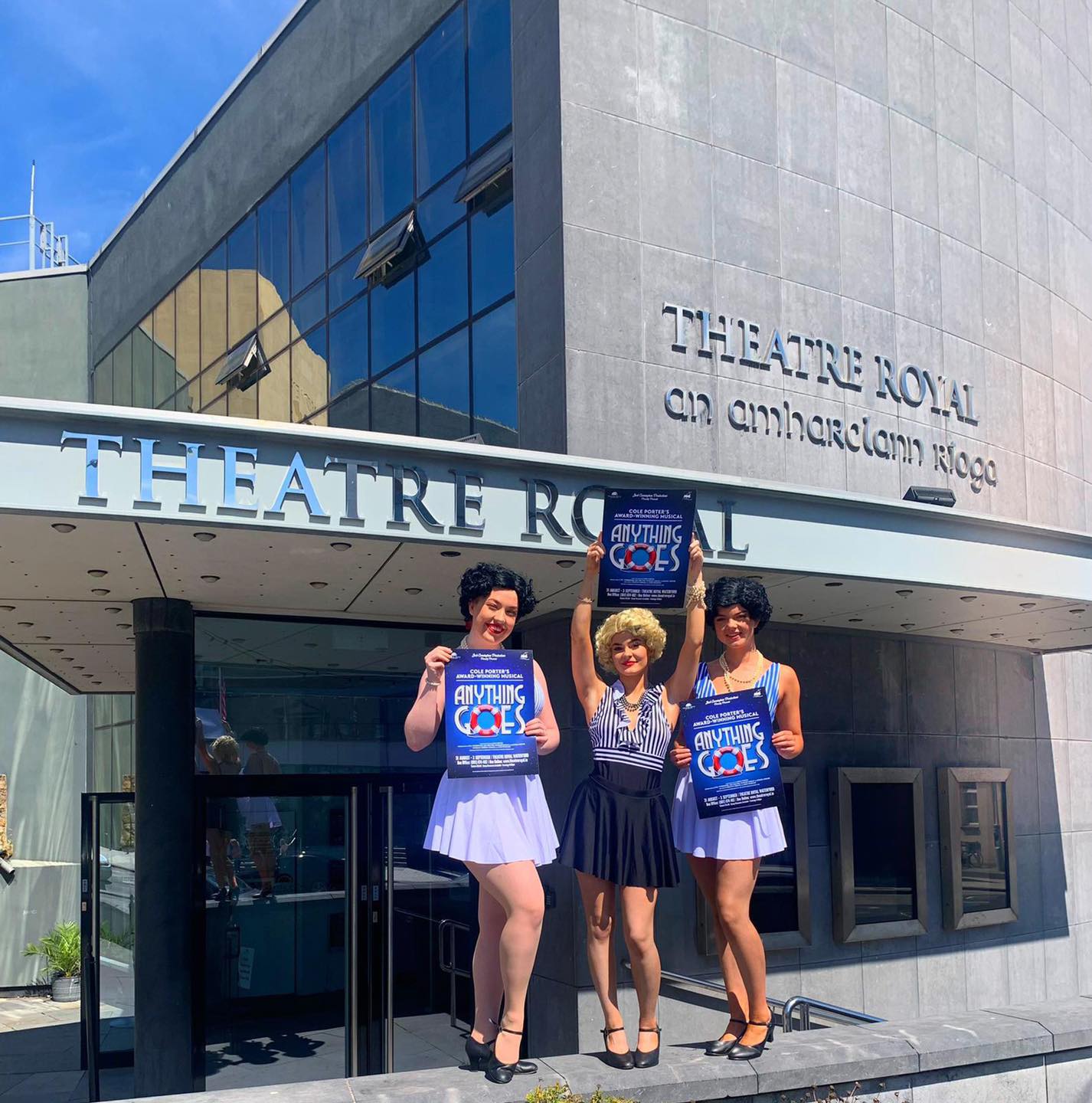 JACK Cunningham’s choice of Anything Goes is just the fizzy, comic, pop-up tap-dancing treat for the end of a glorious month of sunshine. Given that Cole Porter wrote the show in 1934 for a post-Depression world of despair, this updated musical is just the ticket for our post-Covid era. This is Broadway musical at its best and a tap-dancing treat to send us out into the night with a song on our lips and regrets that we never took time out to learn to tap dance our troubles away.

‘So it’s all aboard the SS American boat of love where, you just know, that true romance will win out’

There’s an ocean liner heading to London from New York, a nightclub singer desperate for some love and recreation, a self-made gangster who worships his own creator, a desperate mother eager for her sweet and innocent debutante daughter to wed a clearly unsuitable English toff, a love triangle, mistaken identity, appalling disguises, slapstick farce and thirties gags. So it’s all aboard the SS American boat of love where, you just know, that true romance will win out and that there will be more weddings than even Gilbert and Sullivan could have matched.

The joy of the show lies entirely in Cole Porter’s magnificent tunes and clever, witty, internally rhyming lyrics because the comic plotline is so paper thin that nothing really matters other than those hypnotic tunes. It’s frothy and bubbly and the lyrics are so, so clever. And at the heart of it all is Jennifer White whose smile and talent simply lights up the stage as Reno Sweeney and who carries the bulk of the musical and dancing shove of the score. Jenni moves effortlessly between belt soprano, soulful diva and dazzling dancer, as well as leading the tap-dancing chorus in all the big numbers… “Anything Goes… You’re the top… Blow Gabriel blow”… and first and second act finales that last the length of a Bible.

As always, director/choreographer Jack Cunningham’s dance routines steal the thunder. Big hits like the show’s title number along with Blow Gabriel Blow and two end-of-act finales begin gently and build and build until there’s a wall of music and tap crossing the footlights into the audience. This is old-fashioned Tops razzamatazz with glam, glitz and glitter and smiles that sparkle with the joy of performance and a stage picture that constantly changes.

Conor Lyons brings great energy to the show as song and dance man Bill Crocker, who every gal loves, including Chloe McGrath’s debutante Hope Harcourt. Chloe’s role as the straight character in a cast full of character parts is not easy but, nevertheless, she brings a charming innocence to the role and her “Goodbye, little dream, goodbye” is a welcome and gentle contrast to all the dazzle of the big numbers. Anne-Marie Collins is a money-obsessed mother, who believes that class can be bought and is only interested in a good catch for her daughter Hope.

Fionnan Dunphy is a hoot as a less-than-successful public enemy no. 1 that slips down the gangster ratings as the ship sets sail and Emma Walsh (who also doubles as musical director – I have no idea how that works) is a perfect foil as his wannabe mol Erma who also delivers, along with a cast of sailors, one of the show’s musical highlights with “Buddie Beware”.

A more pronounced toffee-nosed accent would have developed the character of Jonathan Kelly’s English toff Lord Evelyn even more, while Brian Hogan’s Elisha could also have been even bigger and brasher than played. Cian Cunningham popped up everywhere as did the virtuous four of Chastity (Ciara Burns), Purity (Jenna Dunphy), Charity (Emma Murphy) and Virtue (Ann-Marie Cooper), along with Tom Rogers and Ivan Kiely who played a host of characters in the ensemble. Malcolm Byrne (Ship’s Captain) and Mark Rellis (Ship’s purser) filled in all the narrative details – not that many are needed, actually – to keep the script and ship afloat and Richie Cunningham’s simple design facilitated all those crossover scenes that sagged somewhat on opening night in Act 1.

Finally, Nomac Costumes plot, Leah Cooley Morrissey’s make-up and Annmarie Whitty’s hair design are a stage-designer’s dream and brought us right back to a platinum-blond, Charleston, speakeasy post-Depression America that is a constant delight all evening. And… hey… what’s not to like about a show full of tuneful songs with clever and catchy lyrics and cheesy gags?

“Anything Goes” brings out the best in everyone and that includes the audience.