‘Bills will shut businesses down’ 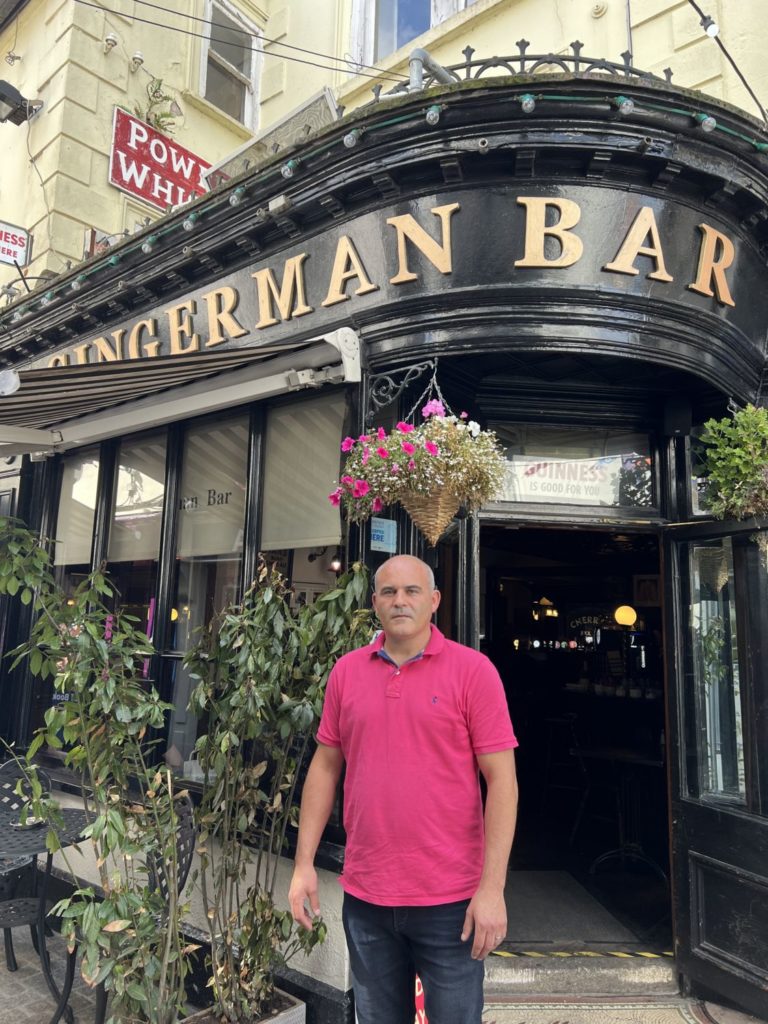 Simon Finn from the Gingerman says that businesses will have no choice but to close their doors in the coming months thanks to, amongst other things, the rising cost of energy.

THE skyrocketing cost of running a local business is going to take its toll this winter, according to a number of local entrepreneurs who spoke to the Waterford News & Star this week. The owners of pubs, restaurants, shops and cafes spoke honestly about their bills and how they are “extremely concerned” about the coming months.

“The electricity bill in our kitchen was €2,700 a month but is now hitting €6,000 a month,” Jim ‘Flash’ Gordon said, referring to Oskars Bar and Restaurant. “It’s unsustainable. Gas is gone up about 100% as well. Then you have the cost of stock. You used to be able to sit down with suppliers and negotiate a best price but you can’t do that anymore. It’s all online and there is absolutely price gauging going on.”

“We haven’t increased any of our prices because we know people are stuck for money but we can’t keep absorbing this kind of loss,” Jim said. “At the moment it’s hitting into our margin and we’re hoping that the cost of electricity will come down in the next six months or so and the cost of product will settle. Covid was originally to blame, then it was international cargo charges and now it’s the conflict in Ukraine. It’s a blame game that’s leading to suppliers charging whatever they want.”

Jim said that it’s the electricity prices that will inevitably shut down some businesses.

“The UK are usually a good guide to what will happen in Ireland and the amount of pubs, cafes and restaurants closing over there because they can’t afford electricity is just frightening,” he said. “There’s also a serious shortage of staff in Ireland at the moment. I have two option positions in Revolution and one in Oskars and I simply can’t fill them at the moment. It’s hard to remember, lockdowns aside, a more difficult time to do business.” 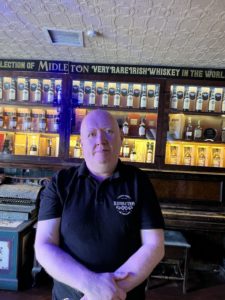 Jim Gordon from Revolution and Oskars outlined his rising costs to the Waterford News & Star this week.

Simon Finn owns the Gingerman Bar on Arundel Lane and the reality of his bill changes is stark.

“Our electricity bill was €2,000 a month and now it’s €6,500,” Simon said. “Our wage bill has also gone up because our staff, like everyone else, are feeling the pressure of the increased cost of living. Every one of them, without exception, has asked for an increase in wage and I absolutely understand it.”

“That’s before you talk about tomatoes, peppers etc, which are all part of the food inflation,” he said. “It’s not sustainable. Right now, with that energy bill, we’re eating into resources and there’s only a finite amount of time that we can continue to do that. When the Central Bank increases rates, our bank borrowings will go up and suddenly there’s another major obstacle ahead of us. We’re being hit right, left and centre, all at once, and it’s very challenging. There will be more venues pushed to the wire and it’s hard to know how it’s going to end.”

Simon said that he would like the Government to reduce the VAT rate on electricity bills.

“They’re profiting, just like the big oil companies,” he said. “When I was paying two grand a month, they were getting €200 a month, now they’re getting €650. That’s unfair.” 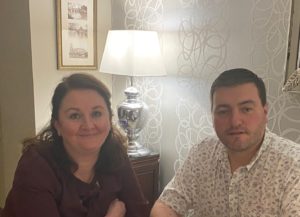 Rachael and Claudio Cavaliere said they were “really worried” about what the future has in store for restaurants.

Claudio and Rachael Cavaliere, who run Espresso Restaurant in Parnell Street, told the Waterford News & Star that they were “really worried”.

“Gas and electricity bills have both gone up around 100%,” Claudio said. “You can’t get a fixed rate now for electricity so there is no certainty at all in how much your energy will cost over the next 12 months.”

Rachael said that they now have to be “more conscious than ever” about how they use their electricity.

“I’m barely using the air conditioning in the restaurant now because that’s a massive energy user,” she said. “I’m dreading the winter time because we’ll obviously have to heat the restaurant but we also have to keep it open at the same time.”

To create ambience, Rachael places tealights in a votive on the tables. She used to buy two boxes for €84 but now it’s €140 because there’s now a VAT on candle wax.

“The candles create an atmosphere… they’re pretty and they’re nice to look at but they may have to go now,” she said. “Are we close to a situation in this country where a restaurant will be full but then the electricity or gas will go? Is that what’s on the horizon?”

Rachael and Claudio do their orders on a Tuesday – they say that these days it’s almost impossible to receive a complete order.

“You’re running around then on a Friday, trying to get what was missing from the order so that you can commit to the items on your menu,” Claudio said. “The problem with that is you’re going to be paying more for them and we’re not in a position to increase a pasta dish on a given week, just because we had to pay more for the ingredients the previous day.”

Rachael and Claudio say that all they can do is “hope” that this recession won’t be as long as previous ones.

“We can raise our prices and cut costs as much as we can but how long is that sustainable for?” Claudio said. “All of these price increases are out of our control and it makes it very difficult to look forward. We’re all living by the day.” 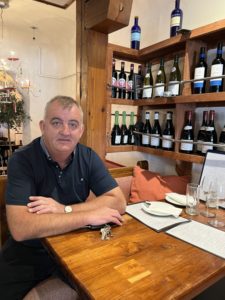 Cormac Cronin of The Bodega and Burzza said that there’s a ‘perfect storm’ on the way.

Cormac Cronin from the Bodega and Burzza Restaurants said there’s “a perfect storm” on the way.

“What’s coming down the line is frightening,” he said. “In the summer people were delighted to dine out but when the reality of September and October hit, it’s going to have a huge impact,” he said. “There’s only so much we can increase our menu prices and we can no longer afford to do an early bird. We used to sustain them because customers would have some wine with their meals but now it’s all jugs of water. We can understand them wanting a good night out for a good price but it just doesn’t pay us. There’s only so far we can go, especially when we know that our customers are in the same boat.”

Even local shops are feeling the pinch. Nigel O’Sullivan from Spar Ballybeg told the Waterford News & Star that his electricity bill for July and August was €16k, compared to €6k last year.

“It makes the future very bleak for myself and my employees,” Nigel said. “My staff deserve a pay rise and how I genuinely would love to give them one but that would be another nail in the coffin. The easiest solution would be to add the price to goods sold but this isn’t viable because prices are going up daily from our suppliers. Let’s hope someone listens in the Government because there’s a storm of mass business closures coming. The energy costs are unsustainable. If you look to Europe they’ve capped the costs of energy but as usual in this country we’ll close the stable door after the horse has bolted.”