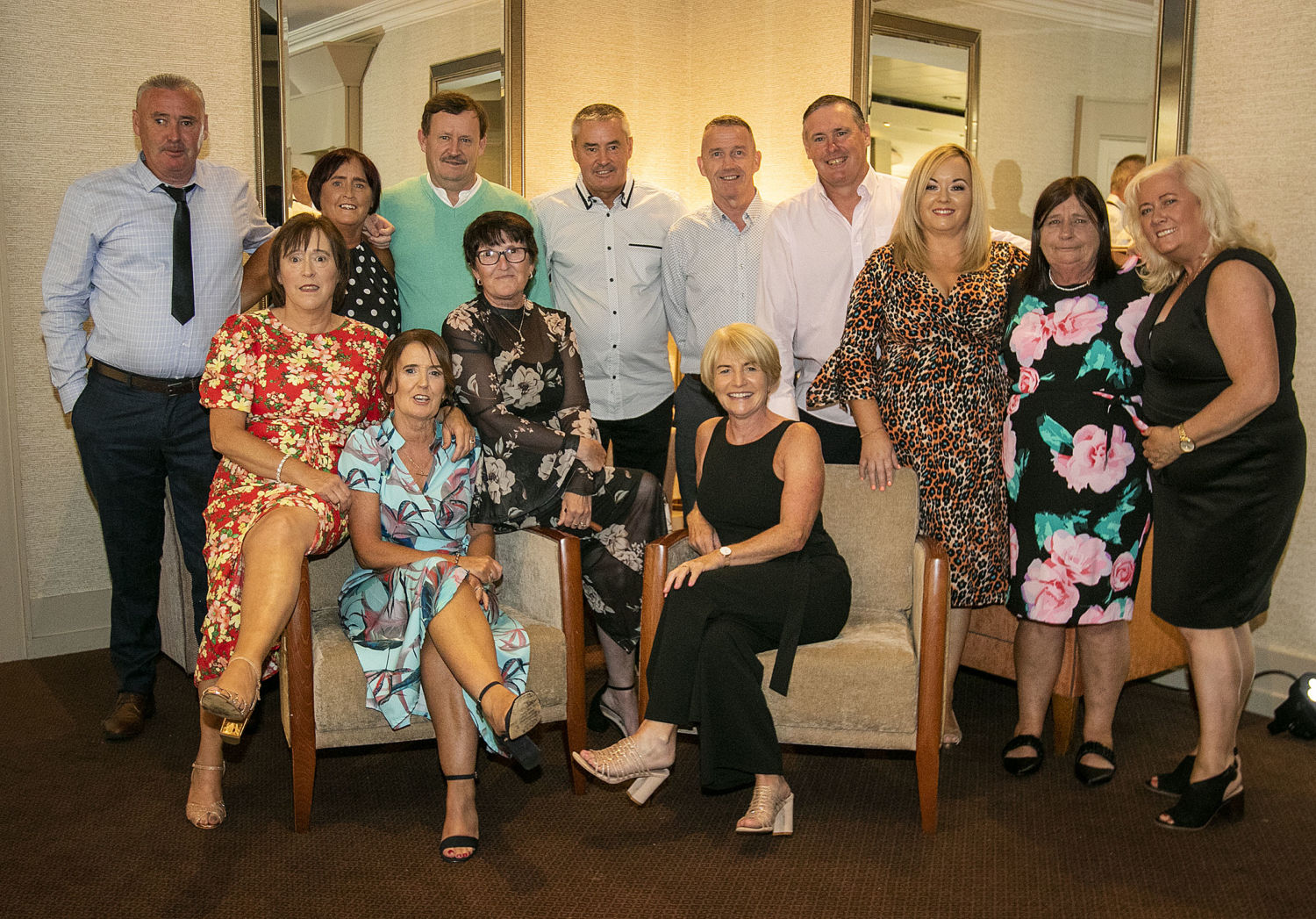 St Paul’s Football Club celebrated the Golden Jubilee of the foundation of the club with a well-attended celebration night held in the Tower Hotel recently where many of the present and former players were in attendance.
Guests included Metropolitan Mayor of Waterford Cllr. Jason Murphy, Monsignor Rev. Fr. Pat Fitzgerald, Waterford and District Junior League President John Foskin and founding members Greg Clooney and Martin O’Callaghan Snr.
Members of the victorious St. Paul’s Division 2 side were presented with their cup winning medals after their final success over Tramore Rangers earlier in the year before the player of the year and clubman of the year awards were announced.
Paul Dunphy presented the founding members Greg Clooney and Martin O’Callaghan Snr with mementoes of the occasion with Greg speaking fondly of some great memories throughout the early years for the Parish.
Martin O’Callaghan Snr described one of the special days in the history of the club when his late brother Willie presented Craig Reidy with the Youth B League title a number of years ago on a special night in Ozier Park.
Speakers on the night, Cllr. Murphy and Fr. Fitzgerald spoke passionately on the impact that the football club had and has on the surrounding areas of Larchville and Lisduggan during the past 50 or so years.
Willie O’Reilly was presented with the first award by Jamie Quigley as leading goalscorer in the club before James Doyle was named as the 2nd division player of the year, which was presented by team manager Mark Colfer.
Scott Hoban received the 3rd division player of the year from team manager Chris Connolly before Craig Reidy was named as the committee player of the year across the divisions where he accepted the award from Tommy Walsh. Bailey Connolly was named the Youth player of the year with Sam Cheevers receiving the committee award.
The prestigious clubman of the year award, which was presented by Cllr. Murphy and Fr. Fitzgerald, went to Roy O’Brien for his tireless work over the last number of years, before the legendary Bim Connors and Sammy Hanrahan provided the musical entertainment. 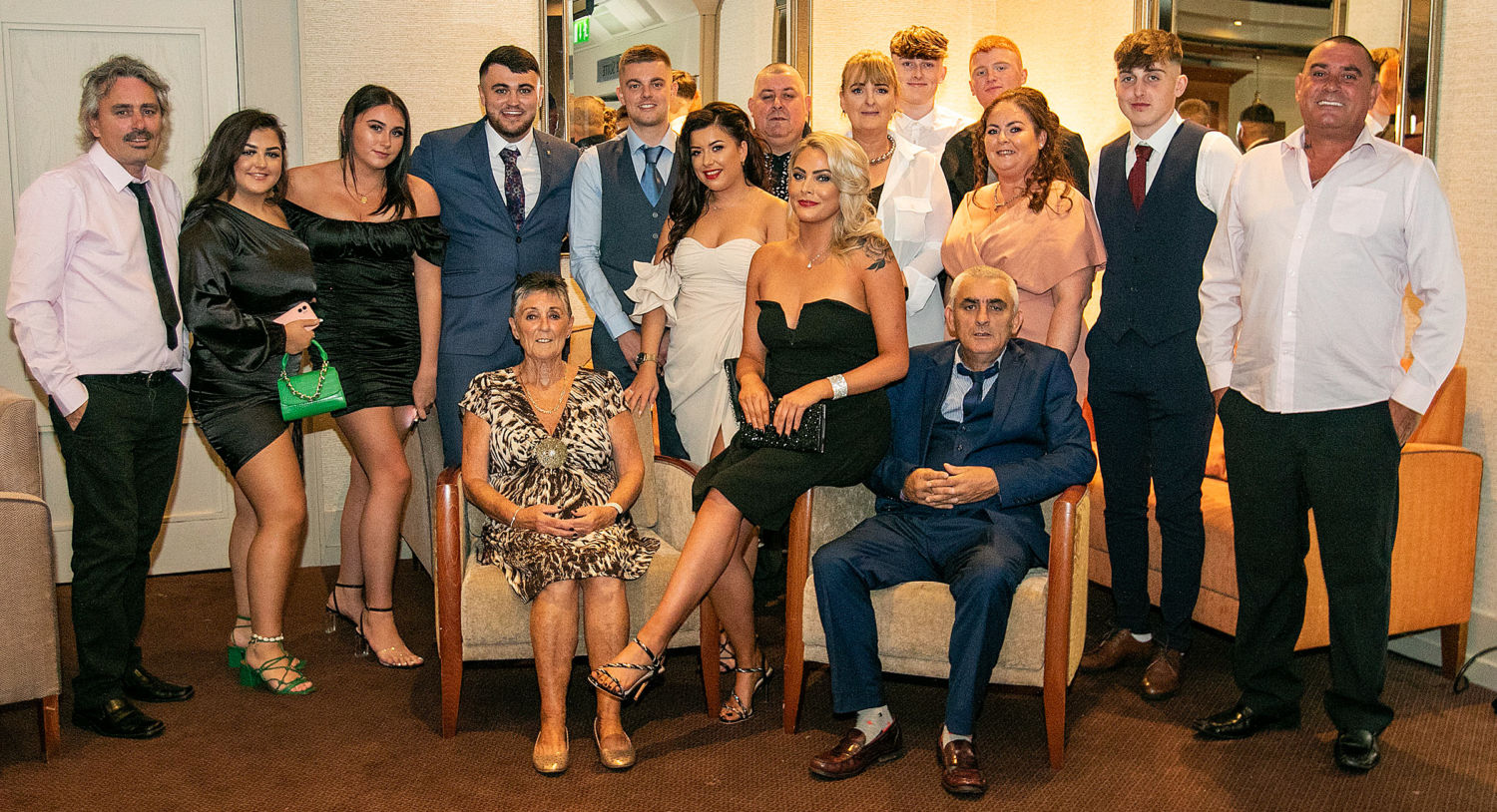 Members of the Connolly family and friends at the Tower Hotel. 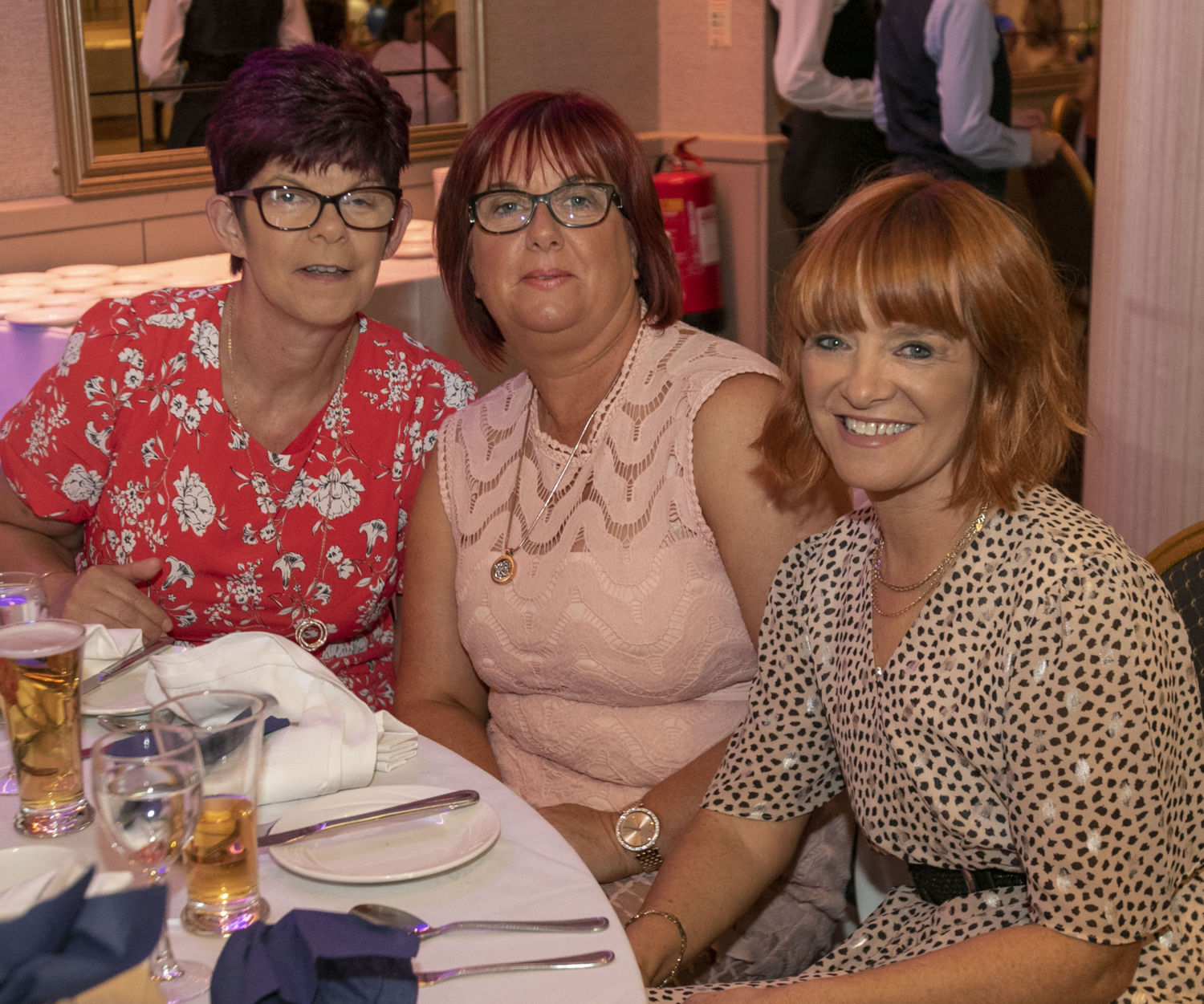 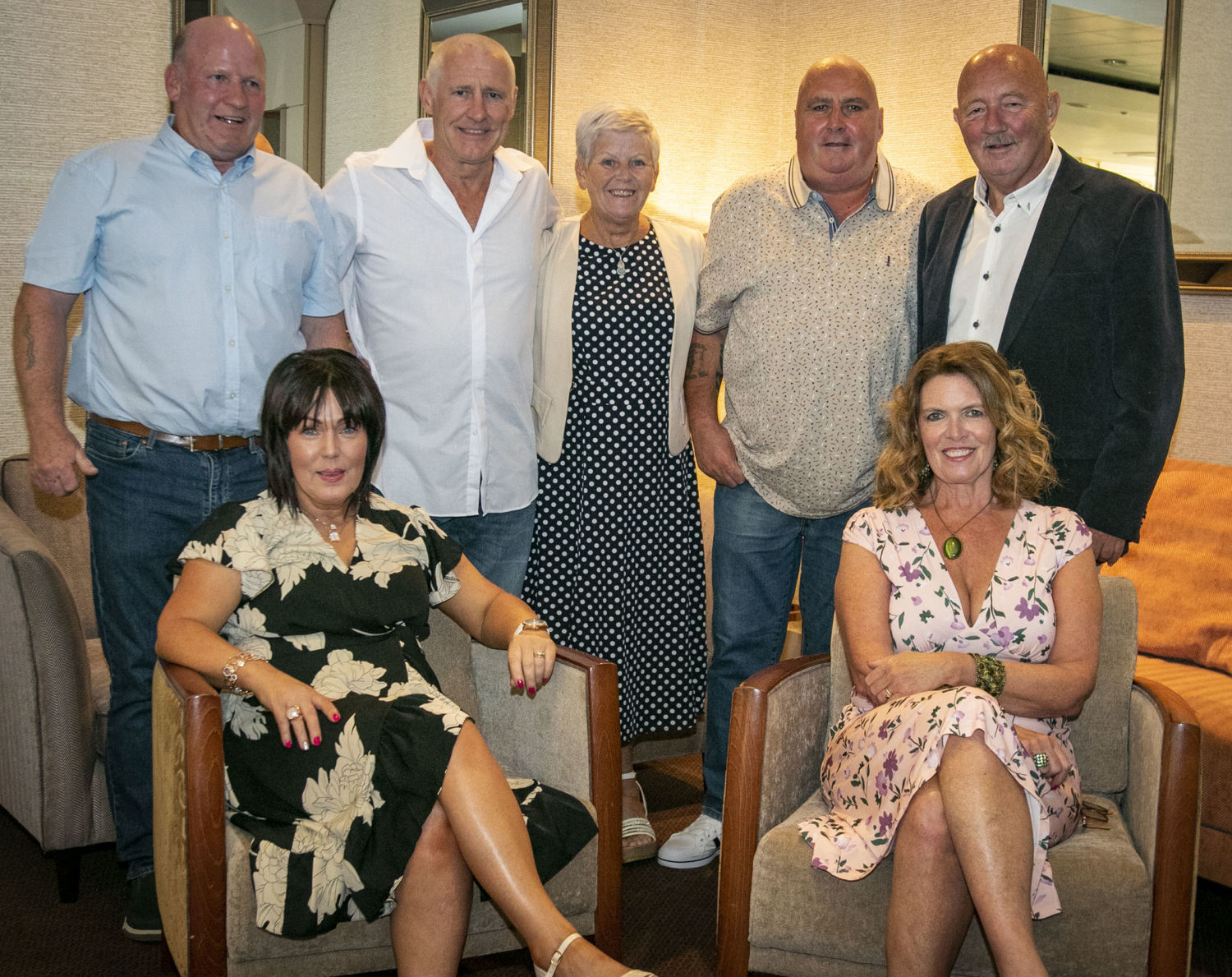 Members of the Shanahan family at the Tower Hotel for the St. Paul’s FC 50th anniversary dinner dance. 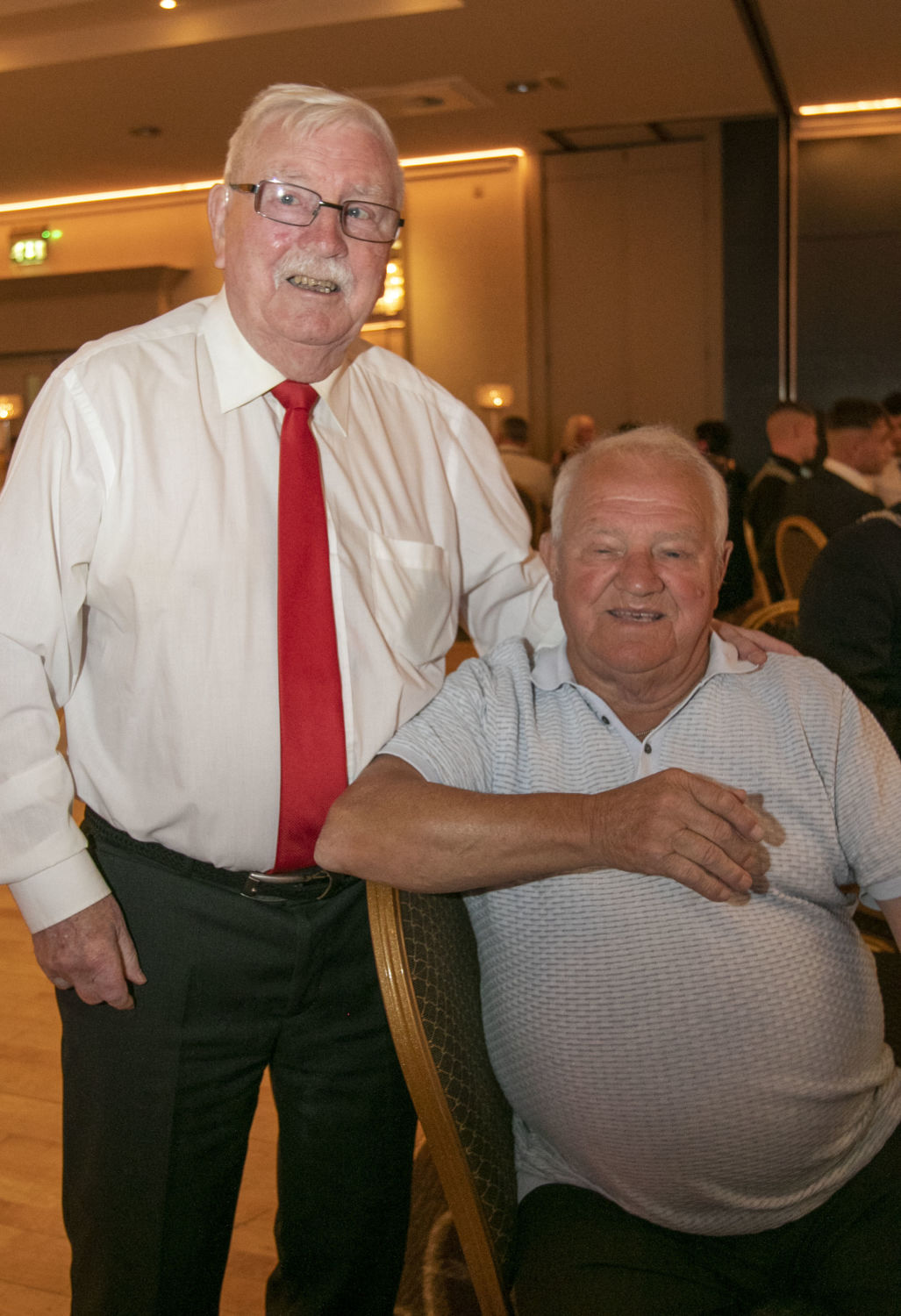