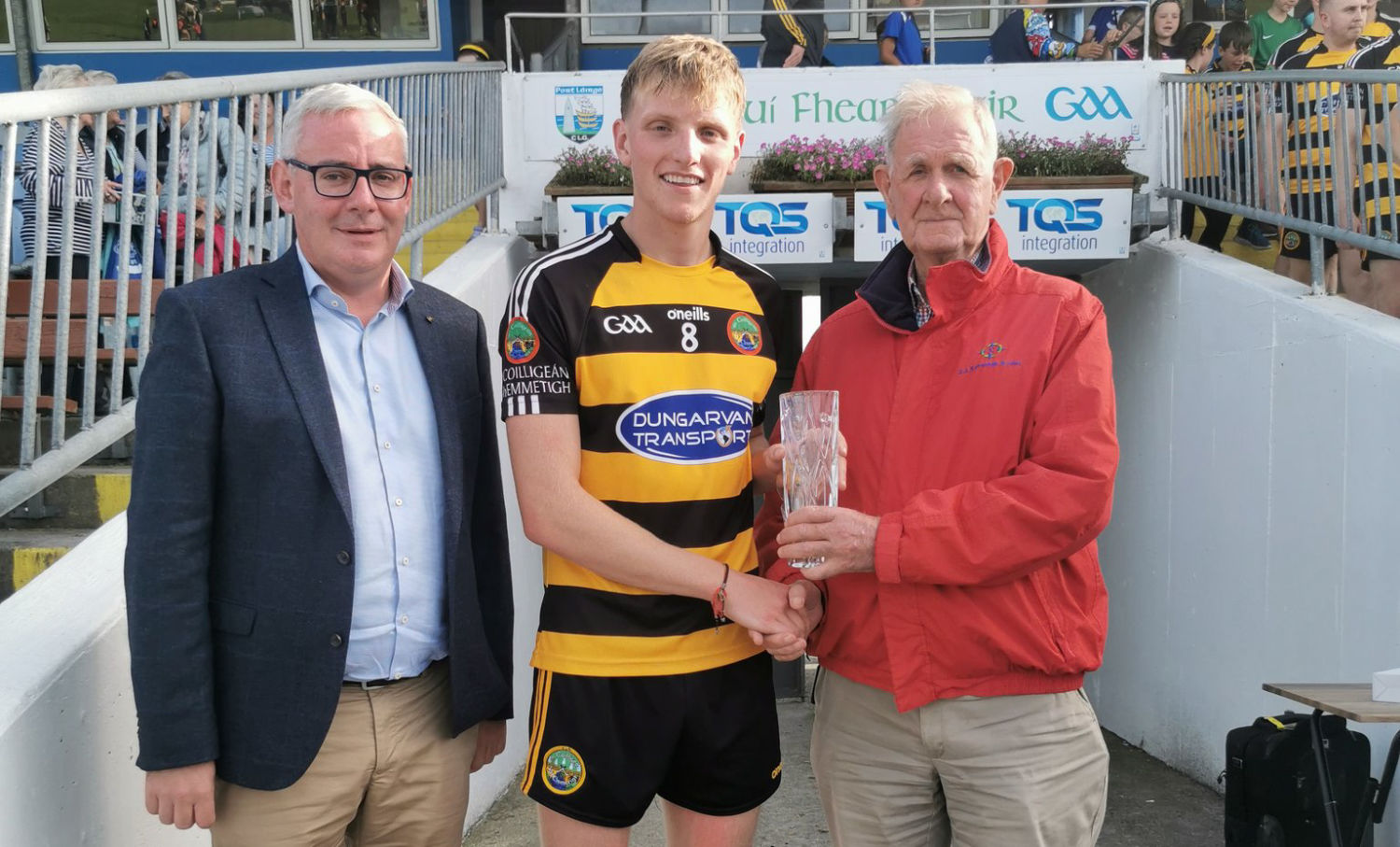 Colligan’s Joe Booth receiving his Man of the Match award from Ken Begley of JJ Kavanagh & Sons and Neil Moore, County Board.

Two Gavin Whelan goals inspired Colligan to their first county Junior A hurling title since 1984 at Fraher Field on Saturday evening. The black and amber beat Ballygunner 3-16 to 2-14 after a nail-biting finish.
Only two points separated the teams, three minutes into injury time, when a Johnny Wall dropped a free in around the house and Whelan forced the ball home. The goalscorer jumped for joy as the final whistle sounded.
39-year-old Wall, who has been lining out for Colligan since 1998, hit eight points while Déise senior Colin Dunford and man of the match Joe Booth got two each. Deadly free taker Stephen Power struck 1-12 for the Gunners.
Whelan whipped to the roof of the net in the ninth minute after he was supplied by Dunford. A Ross Brown point gave them a 1-6 to 0-2 advantage. Power sent over seven frees to reduce the gap to two. Colligan grabbed the last five points of the half, including three Wall frees, to leave them 1-11 to 0-7 ahead at the break.
Dunford set up another Colligan goal two minutes into the second period as Brown buried a shot to the bottom corner (2-11 to 0-8). 1-2 for the wing forward. Seanie McGrath made two big saves from Power but the Gunners full forward eventually found the net on 44 minutes.
When Cormac O’Mahony flicked home a Cian Troy free, there was only one between them with six to play (2-15 to 2-14), Ballygunner missed two chances to level before Wall nailed a crucial 65 for Colligan. Whelan’s second goal started the celebrations.

Super sub Shane Rellis got a last-gasp goal as Tramore defeated An Sean Phobal 1-12 to 0-12 in the Junior C decider. Rellis found the net on 64 minutes for the Eastern side after Marc O Mathuna levelled the game for the sixth time with his ninth point of the afternoon. An Sean Phobal rued 13 wides including a second half penalty miss from O Mathuna.

Fourmilewater retained their county Junior B hurling title on Friday night in Dungarvan. 2-3 from former Waterford attacker Shane Walsh gave the Ballymacarbry side a 2-18 to 1-12 win over Dunhill. 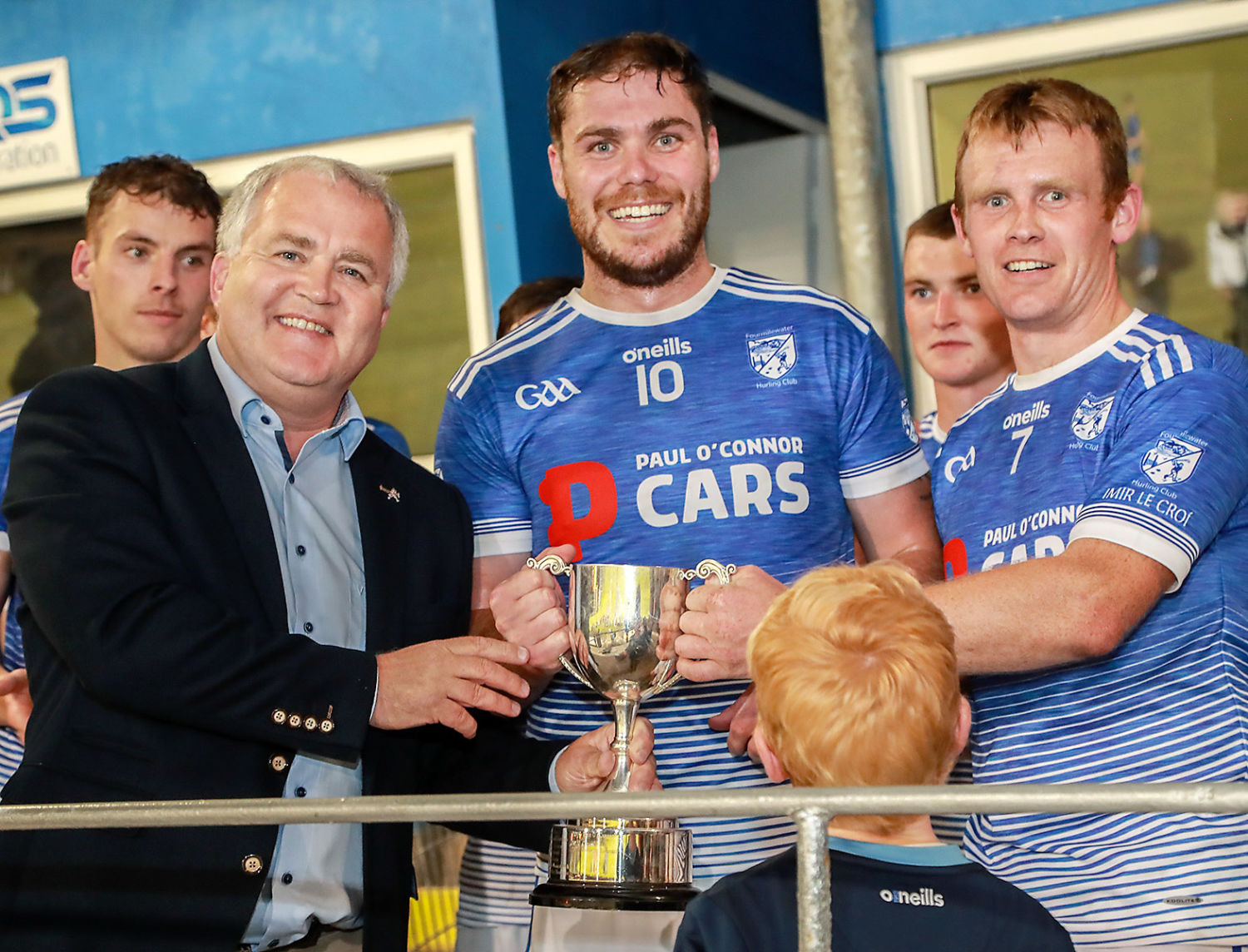