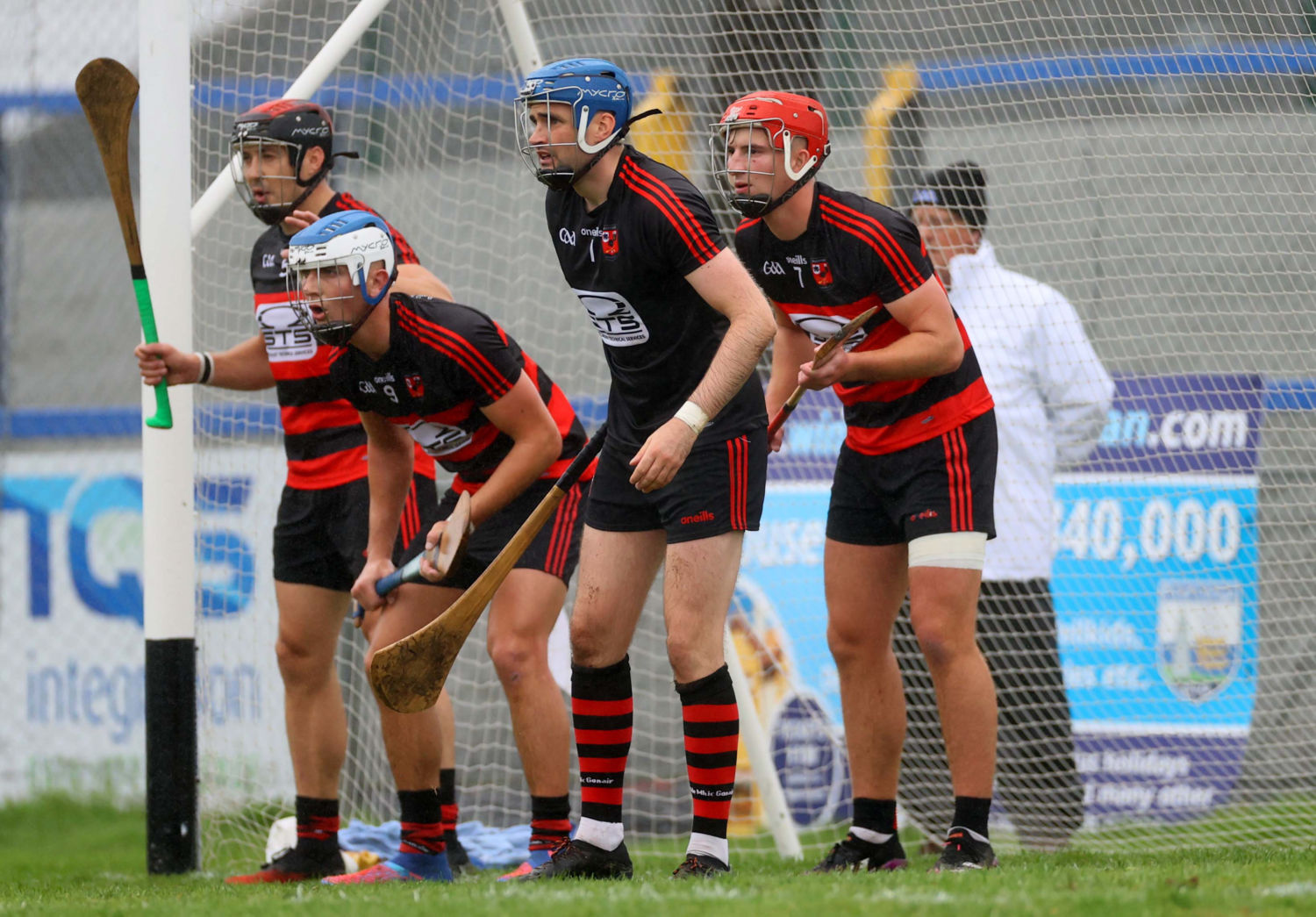 Stephen O’Keeffe can expect a call from Davy Fitzgerald.
“I don’t think there’s ever been a better goalkeeper in Waterford than Stephen O’Keeffe,” declared former Déise manager Michael Ryan on Sunday. “I’d be sitting outside his door and I’d be telling him ‘until you commit to the cause, I’m staying here. I’m not leaving here until you say yes.’ I hope he does because he’s still a young man. He has so much to offer.”

SUPER SAVER
Socky doesn’t just save shots, he pushes them away to safety. No chance of a rebound. That’s what he did with Austin Gleeson’s penalty. That’s what he did with Alan Kirwan’s one-handed shot.
The penalty save was a psychological boost to Ballygunner and a psychological blow to Mount Sion. It would have put Sion in front at the time. Imagine the lift it would have given the crowd. Aussie scored a penalty at the same end in last year’s semi final but not this time.
The Mount Sion supporters thought it was in. They started celebrating before O’Keeffe leapt to his right and deflected the ball away.
“He is a big keeper,” Derek McGrath noted last year. “If you watch his hands, you’ll notice that he has boxer’s hands, his hands nearly hang down to his knees. Massive agility, brilliantly brave, a brilliant shot stopper.” Over the nine county finals in a row that Ballygunner have won, O’Keeffe has only conceded two goals and kept seven clean sheets.
It wasn’t just his shot stopping. Both Ballygunner goals came off his puckouts. On 24 minutes, his outstretched hurley brought down a Martin O’Neill point effort that was sailing over his crossbar. Again, the crowd thought that it was a score. Dessie Hutchinson pointed at the Keane’s Road End. O’Keeffe was involved in 2-6 of Ballygunner’s 2-11 (1-3 in each half).
Another Ballygunner number one Ray Whitty was the last goalkeeper to win the man of the match award on county final day. That was also against Mount Sion back in 1995. What’s rare is wonderful.

DEFENDERS’ PARADISE
A day for ducks and a day for defenders.
Ian Kenny would have been man of the match only for Stephen O’Keeffe’s heroics. One of the tightest marking backs in the county. He defended from the front against both Jamie Gleeson and Alan Kirwan. Kenny is quick off the line in those foot races for possession. He assisted a Kevin Mahony point in the second half after beating Kirwan for a ball.
Both full back lines could be happy with their day’s work. The Mount Sion inside unit of Jack Meaney, Martin O’Neill and Jamie Gleeson only managed a point between them. Meaney and Gleeson were eventually substituted. On the other side, Ballygunner’s trio only returned three points.
Their hitmen may have been subdued but the champions still found a way.

JAWS
When Billy O’Keeffe was brought on for Patrick Fitzgerald and won a free in, Michael Ryan was quick off the mark on WLR.
“It’s a bit like the Jaws film. Just when you thought it was safe to go back out into the water, the shark appears again!”
Darragh O’Sullivan gave Fitzgerald his first senior start on Sunday but when he was held scoreless, the Ballygunner boss could call on a player who was named on the AIB Club Team of the Year. When Sion started to edge their way back into this final, two points from O’Keeffe steadied them.
It’s hard to see any team in Waterford stopping Ballygunner from winning ten in a row. No other club boasts that strength in depth.
The Gunners have won their nine county finals by a total of 109 points. Tallow got within four in 2015.
Their 48-game unbeaten run dates back to June 23, 2015. 47 wins and a draw since that defeat to De La Salle. 29 of those 47 wins have been by double figures. This year, they won their five games by a combined 58 points.
This weekend, they claimed senior and intermediate titles and nearly won the junior as well. Ominous for the chasing pack.

PUT THE BAND BACK TOGETHER
Waterford Landscapes had Walsh Park pitch perfect for county final Sunday. A top-quality colour programme was also produced with previews, player profiles and stats.
The only thing missing was the band. The pre-match parade is part of the pomp and ceremony of county final day. Hopefully, it returns for the football decider. 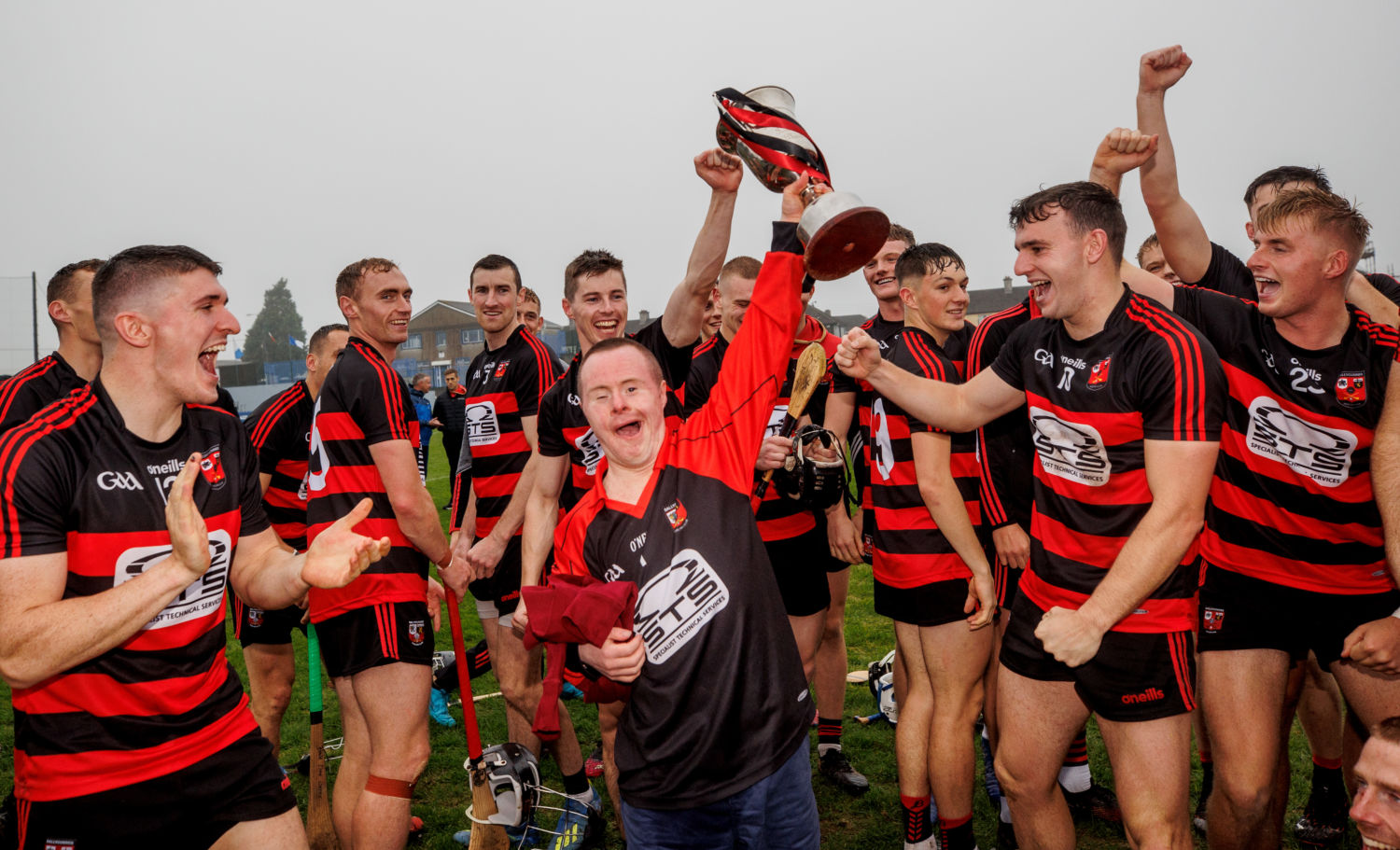 Nicky Daniels leads the Ballygunner celebrations with the News & Star Cup after the game.