View From The Blue: Nostalgia for The Quay is misplaced 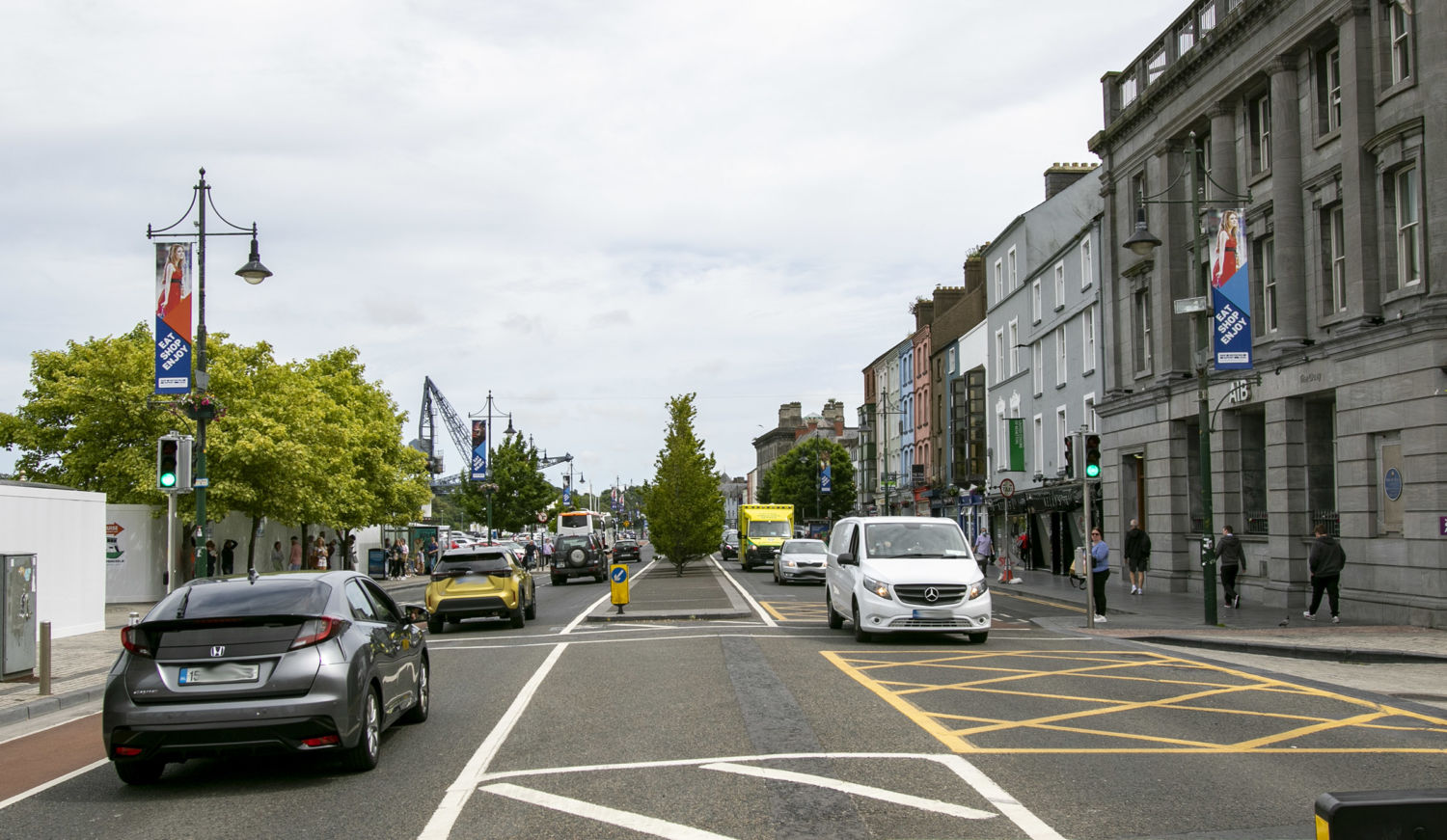 The only place in this city where I’ve ever come close to serious injury was on the Quay when it was a four lane rat-run.

‘Imagine longing for a return to those appalling sheds and the stink of exported cattle?’

I have largely great memories from all of the aforementioned. I repeated my Leaving in order to, two decades later, find myself filling column inches for most weeks in the interim, something I’d wanted to do since the age of 13. The 1997-98 period came with a silver lining, accounting for what was, by some distance, my most enjoyable ever year in school.

I scored a goal in the Munster Colleges Shield Soccer Final for Carrick-on-Suir CBS before raucous travelling support in Fermoy, before securing the 455 points I required to attend Journalism School in Aungier Street.

Waterford hurling found a new gear under Gerald McCarthy, Manchester United were on the brink of footballing immortality and Sonia O’Sullivan remained imperious both on the track and in cross-country. All in all, life was pretty good.

I had no idea that the summer of 1999, following four previous holidays working out of the Iverk Produce yard in Piltown, that the Quay would, ultimately, become the thoroughfare I’d know best.

Twenty-three years later, having worked for both the newspapers based in offices adjacent to it, a great deal has changed on the Quay and continues to, given the Greenway extension works and the ongoing South Plaza project.

The Sustainable Transport Bridge is due to follow, thus creating a greenway link from Abbeyside to New Ross. In time, that may run as far as Mallow. Quite what will become of the North Quay, much to our collective frustration, remains unknown. But something will happen there; we just have no idea when.

The largest single change on the Quay has, of course, been the traffic flow and its reduction to a single lane for a good deal of its length.

As someone who has worked alongside the Quay since my late teens and now into my early 40s, I don’t find it nearly as problematic as more than a few Facebook users do. I’ve no idea how many of the hyper critical online commentariat have worked just off the Quay for any length of time and, to be honest, I don’t really care either.

The only place in this city where I ever came close to serious injury was on the Quay when it was a four lane rat-run, with cars regularly careering through the red lights at both Treacy’s Shop (as then it was) and the Clock Tower.

In fact, in the space of 10 days back in the mid-2000s, the same motorist nearly knocked me down twice while I legally crossed the road at the repositioned Bus Station/Dooley’s Hotel lights. I was too shocked at the time to be immediately angry about it. I was just relieved to be still in one piece.

I genuinely believe that people who are unaccustomed to crossing the Quay five days a week for years on end underestimate just how dangerous the route was prior to its redesign. Are the delays on The Quay that we’ve all become familiar with, especially for emergency vehicles, an ideal scenario? Of course not.

But again, and I write this as a regular motorist on the Quay, just how severe are these delays? For example, how many headlines have we posted or published containing the word ‘standstill’ when it comes to the Quay?

Unless I’ve got someone in my car in the middle of a medical emergency while I’m on the Quay, I can live with a few minutes of a hold-up before reaching my destination.

The delays ambulances face along the Park Road and Newtown when schools empty, coupled with regularly backed-up traffic on the Dunmore Road, are often worse than any delays along the Quay. How do I know this? I drive and occasionally cycle on these roads most days of the week. My own eyes aren’t deceiving me.

The notion that we should be able to bolt through our city or any city for that matter like we did decades ago when, incidentally, there were also a lot less cars on our roads, simply doesn’t stack up.

The re-opening of schools has seen chaotic, albeit temporary morning parking return to Waterford. This is something which poses a much greater potential road safety issue than the Quay being one lane either way along its midsection.

To my astonishment, when old photos of the Quay are posted online, quite a few people suggest that it looked better back then.

Imagine longing for a return to those appalling sheds on the South Quays, the stink of exported cattle and a roadway that more than a few motorists treated as a test track?

Yes, both sides of our Quays were undoubtedly busier then, there was a greater sense of industry and economic activity than there is now. The loss of that vibrancy has undoubtedly changed the ‘feel’ of the area.

But I cannot fathom how anyone would opt for the 70s/80s aesthetic when compared to how it currently looks, featuring as it does far more brightly painted buildings than was the case back then. And I can’t say I lament the end of excessive speed along our principal thoroughfare either. 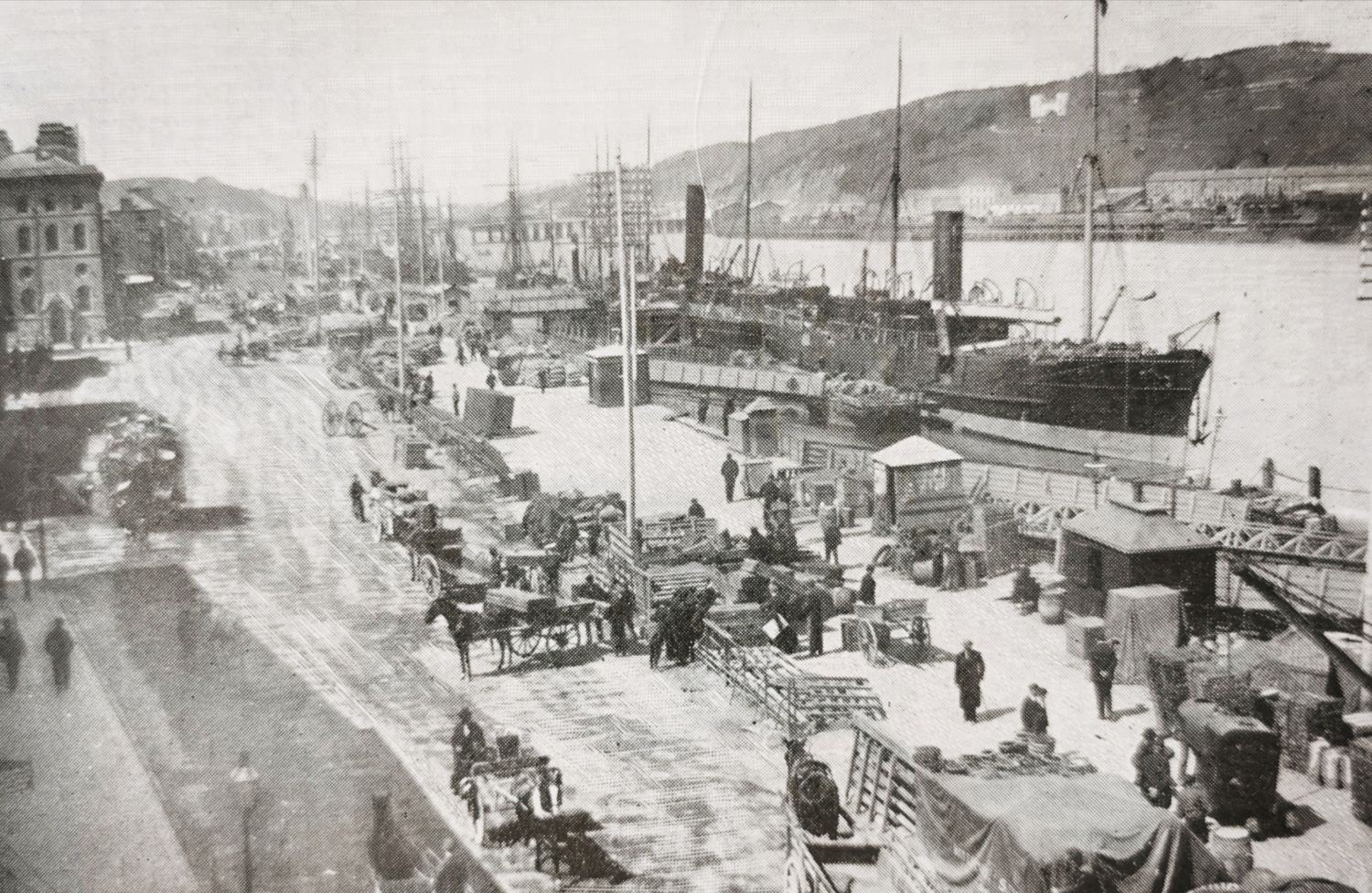 Croker’s photograph of The Quay, published by CP Redmond 120 years ago, before cattle sheds and cars became synonymous  with the area.