Blues come from behind to book FAI Cup semi-final spot 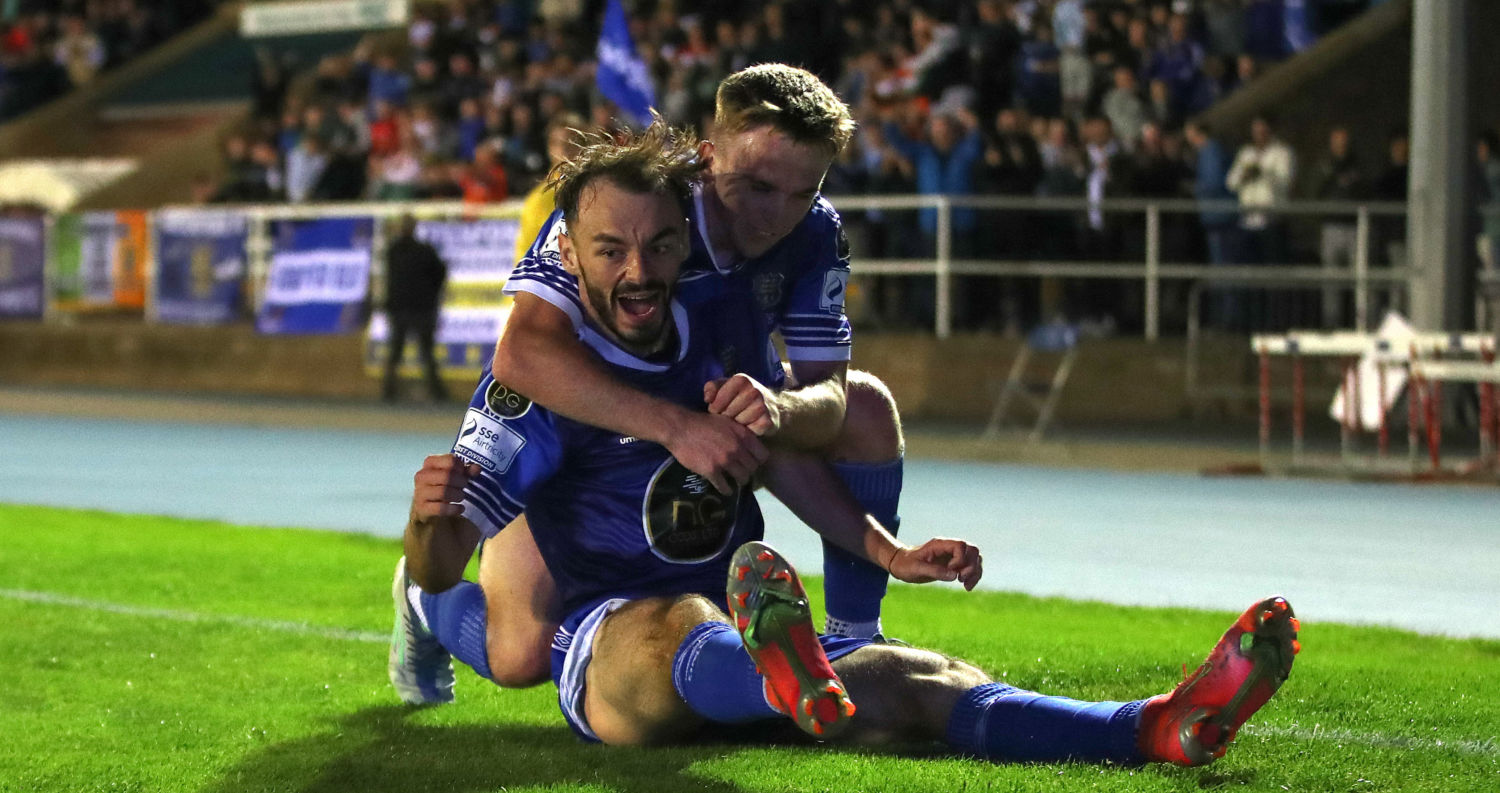 This was no fluke result as Waterford FC turned on the style in front of a cracking 3,612 attendance to dispatch of Premier League side Dundalk to advance into the final four of the Extra.ie FAI Senior Cup with a deserved 3-2 success.
Two of the three Waterford goals came in the first-half from local boys Shane Griffin and Darragh Power, but the crucial third came in the shape of a stunner from man of the match Phoenix Patterson.
Dundalk started the game as the red hot favourites and when they struck the front with the opening goal on 11 minutes, it seemed as if the cup quarterfinal was going to plan. Wassim Aouachria was flagged offside in his own half, and when Greg Sloggett played the free-kick to Paul Doyle, his stunning left-footed shot was turned onto the crossbar by Paul Martin, but the ball spun back into the net.
Waterford levelled in stunning fashion on 31 minutes when Aouachria took a pass out on the right from Junior Quitirna before sending in a cross that saw Greg Sloggett head straight into the path of Shane Griffin, and his stunning right-footed volley from 25-yards beat keeper Nathan Shepperd.
The roof was lifted off the RSC when the home side struck the front two minutes before the sound of the half-time whistle. Phoenix Patterson won a free out on the left that saw him put the ball to the back post where Kilian Cantwell headed the ball back for Darragh Power to power an unstoppable effort high to the net.
It was a quite incredible goal that put Waterford in driving seat in the cup tie on 65 minutes when Phoenix Paterson danced a jig out on the left before bringing the ball onto his right-foot before planting an exquisite shot to far top corner.
Junior Quitirna should have sealed the deal with a fourth goal soon afterwards when he raced clear on goal with only keeper Nathan Shepperd to beat, but the netminder saved at his feet before Alfie Lewis flashed an effort high over Paul Martin’s crossbar on 81 minutes.
After Quitirna missed another great chance to put the game beyond Dundalk, it was Keith Ward that put a nervy ending to the contest with the third of six added minutes when he finish inside a crowded area after a Richard Taylor header.
Waterford Head Coach Danny Searle urged on the crowd when Dundalk keeper Nathan Shepperd launched the ball out of play with the final action, and when referee Neil Doyle sounded the final whistle, the RSC erupted to “Andy Pilley’s Blue Army.”