Blues have nothing to fear in Dundalk challenge 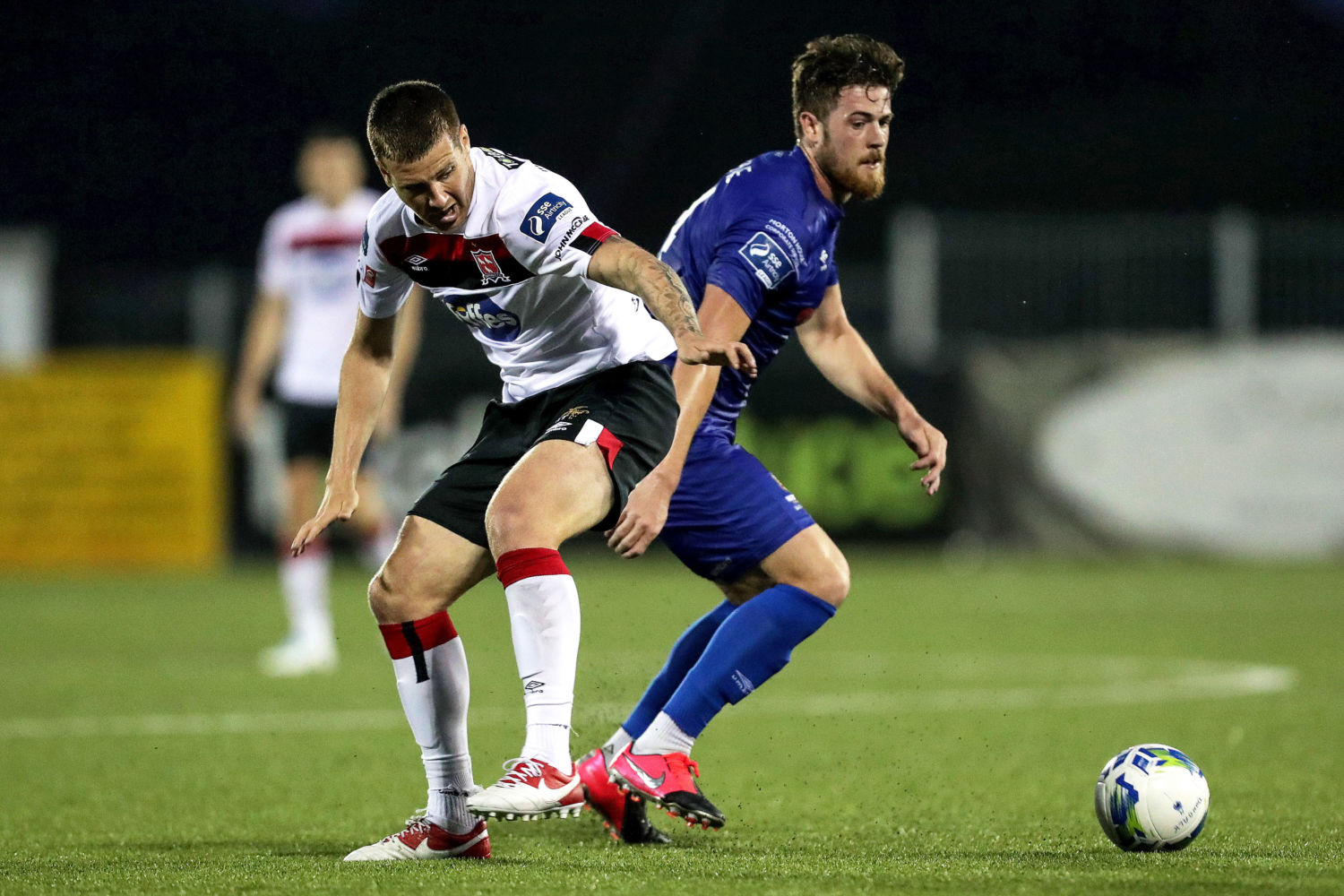 Dundalk’s Patrick McEleney and Sam Bone of Waterford FC in action when these clubs met in the FAI Cup in Oriel Park in August, 2020. Photo: Inpho.

An air of excitement is building ahead of the Extra.ie FAI Senior Cup quarter-final this evening (Friday) as Waterford FC bid to book a place in the last four of the cup for a second consecutive year when they take on Premier Division side Dundalk FC at the RSC with a 7.45pm kick-off.
After a crowd of 3,418 watched the Munster derby at the same venue last week in Andy Pilley’s first game as Blues owner, a sell-out crowd is expected once again as Danny Searle’s side go into a cup battle against a Dundalk side that lost to UCD in the league last weekend.
Waterford lost out to Bohemians in a controversial semi-final defeat last season, and the players will see this game as a big chance to get back to those heights once again where the club will be hoping to get their hands of the FAI Cup for a first-time since 1980.
The Blues proved far too good for non-league side Malahide United in the last round of the competition when they recorded a 6-0 triumph, but it was the manner of the first-round success over cup holders St. Patrick’s Athletic that will give Searle most optimism.
Dundalk held the upper hand when the two teams met in the league at the RSC last season when the Blues were in the Premier Division with a 3-0 win and 1-1 draw, but Waterford did beat them at Oriel Park 3-1 before losing the other meeting of the sides by a lone goal.
Speaking ahead of Friday’s match against Dundalk FC, head coach Danny Searle said: “We’ve shown already in the league and Cup competitions that we can be a match for any team on our day and we have to be at it from the start to give ourselves a chance.
“Dundalk are third in the Premier Division and only six points off the top so this is a massive challenge for us but it’s one the players relish. We want to play in big matches and a Cup quarter-final against a top team is exactly what we want.
“We know Stephen [O’Donnell] and Dave [Mackey] will have done their homework on us and that’s part and parcel of the game. They’ll have their side set up to get into a Cup semi-final and we’re no different. We’ve done our homework and we can’t wait to get on the pitch and play.”

TEAM NEWS
Brian Murphy and Eddie Nolan continue to miss out through injury.

TICKETS DETAILS
Here’s all your ticketing prices for the match: Adults: €15*, Concessions / Students: €10*, Children: €5*
*A €1 booking fee will be added on if purchasing tickets online. Match tickets bought at the game will not see a service charge applied.
Tickets can be purchased at https://waterfordfc.cpanelireland.com/e/36/waterford-fc-v-dundalk-home-team 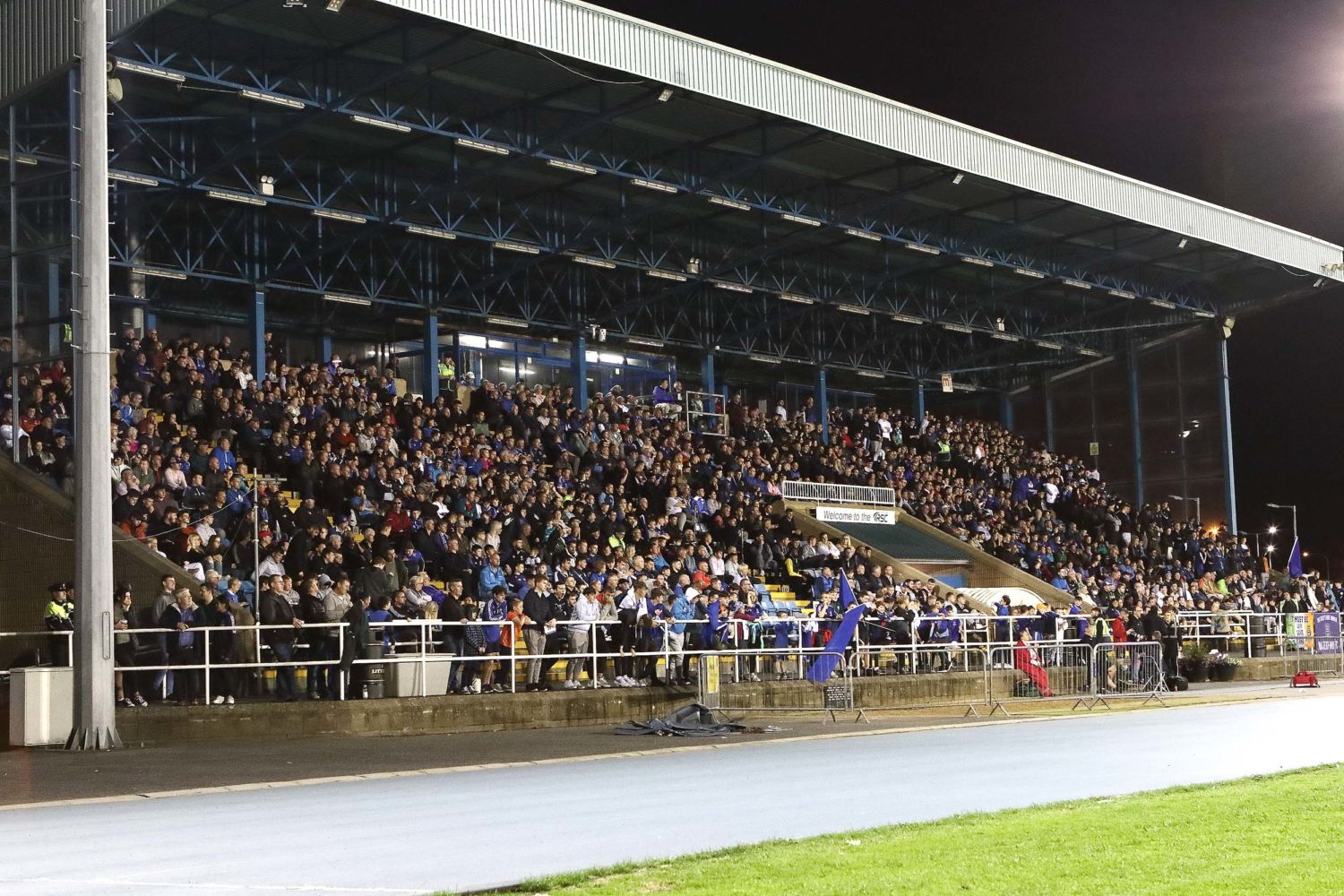 The RSC was packed last week for the visit of Cork City and the same is expected tonight, for Dundalk in the FAI Cup. Photo: Noel Browne.