Clogheen Lass storms to Oaks triumph on night of finals

Topping the menu of racing was the final of the €5,000 to the winner Dave Collins Memorial Munster Oaks. (Kindly sponsored by Jag Building Services.). Clogheen Lass was despatched as the 7/4 market leader and she duly delivered in some style. Never far away from the pace ‘Clogheen’ was led down the back stretch by both Ballymac Art and Ballymac Snazzy. Making her move between the final two bends ‘Clogheen’ powered to the front off the home turn before running out a cosy five lengths winner over a slow starting but staying on Ballygur Anne in an excellent winning time of 28.15.
The opening unraced contest went the way of the Catherine Tuohy owned and Declan Byrne trained Whiteys Fastman this 4/6 favourite scoring as he liked in 28.76. Packing to much early pace for his rivals ‘Whiteys’ was never in any danger of defeat breezing in five and a half lengths clear of Autumn Somerset.
Race two saw Michael Bagge Junior’s Terrific Delight take a flyer from trap four making every stride a winning one in 29.74. Coco Phoenix finished with a flourish but a determined ‘Terrific’ held firm to triumph by a neck at odds of 5/2.
Almighty Leah cut an early dash in a 575 yards contest and was hotly pursued by both Fluffy Kitty and Speedy McCormack. ‘Fluffy’ made a positive move on the rails off the home turn but it was 2/1 chance ‘Speedy’ who finished the stronger on the wide outside eventually winning out by half a length from ‘Fluffy’ in 31.85.
In the fourth event Archaton Ice led to the second bend where the P-G Syndicate owned and Phil Gough trained Sparta Kin 6/4 hit the front. Making the best of his way home thereafter ‘Sparta’ went on to defeat a running on Ballybrazil Kat by four lengths in a best ever 29.02. 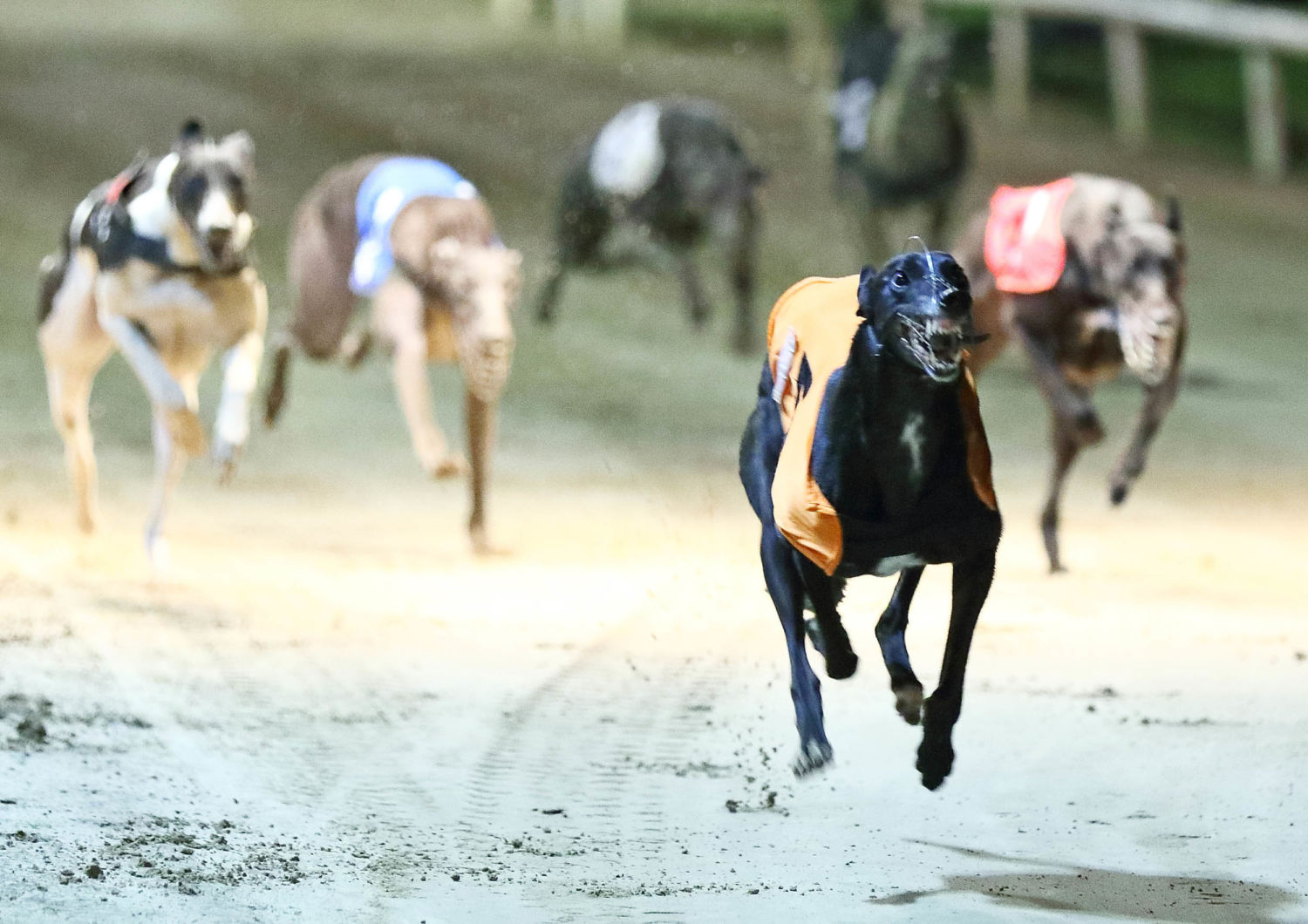 In race five Shunters Flyer and Ballymac Moana went up in unison to the opening bend but when the pair collided 3/1 chance Gortatlea Dream shot to the head of affairs. Fleeting Angel caught the eye finishing strongly but a determined ‘Gortatlea’ dug deep to score by a short head in 28.90.
The sixth contest also went all the way to the wire. The Mary Flynn owned Coco Zappy 4/1 made the best possible start from trap four to make every post a winning one in a career best 28.84. The always prominent Shunters Bobby produced a flying finish but came up short by just a short head. 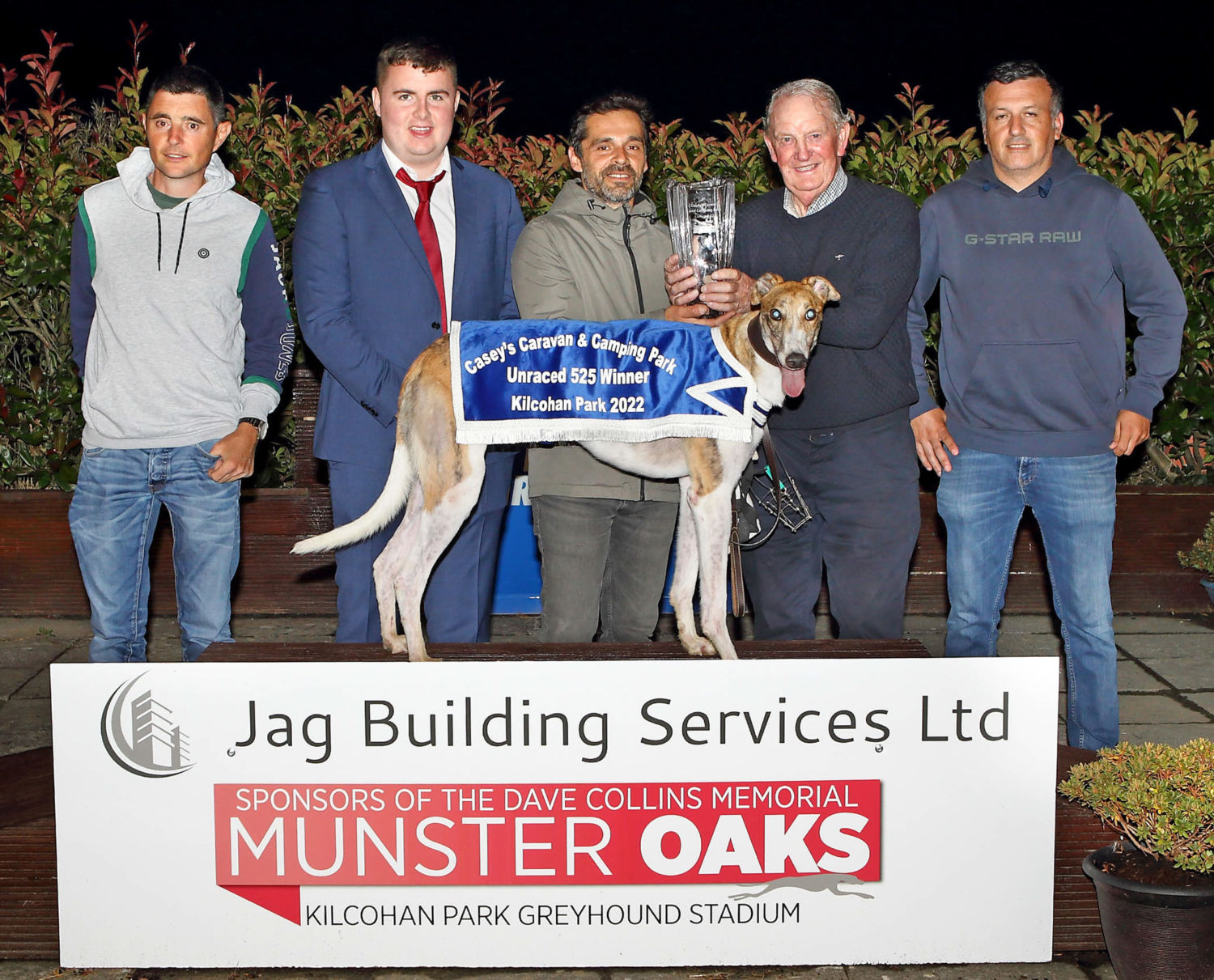 Springhill Wacko 2/1 proved to lively for the opposition capturing the eight contest in 29.17. After a bright start ‘Springhill’ was in pole position from an early stage leading from Puckane Blake and Tomahurra Cole. Keeping on well in the lead ‘Springhill’ hit the winning line a length and a half clear of ‘Tomahurra’
Owned by Philip Gough and the late John Fitzgerald Sparta Max the evens favourite made no mistake making full use of his early gears in a 550 yards race to triumph in a lively 29.69. Ballycowen Lola broke smartly from trap three but ‘Sparta’ displayed the superior burst of early speed to corner in front of ‘Ballycowen’. This order of running never changed thereafter with a strong running ‘Sparta’ going on to land the spoils by a comfortable three lengths.
The luckless Catunda Teresa gave it a good go from the front in race ten but track newcomer Yahoo Hannah 3/1 was always well placed to launch her challenge. Taking over up front in the home stretch ‘Yahoo’ went on to score by two lengths from ‘Catunda’ in 28.96.
In the lucky last the early paced pair of Picture Parade and Corbrack Dan went up smartly to the opening bend but after a bump the Killian and Peter Power owned ‘Corbrack’ did well to retain the lead. Making the long break for home ‘Corbrack’ 5/1 saw the standard trip out well eventually accounting for Granard Thunder by an easy five lengths in a brisk 28.71.
Going rating. .20 fast. 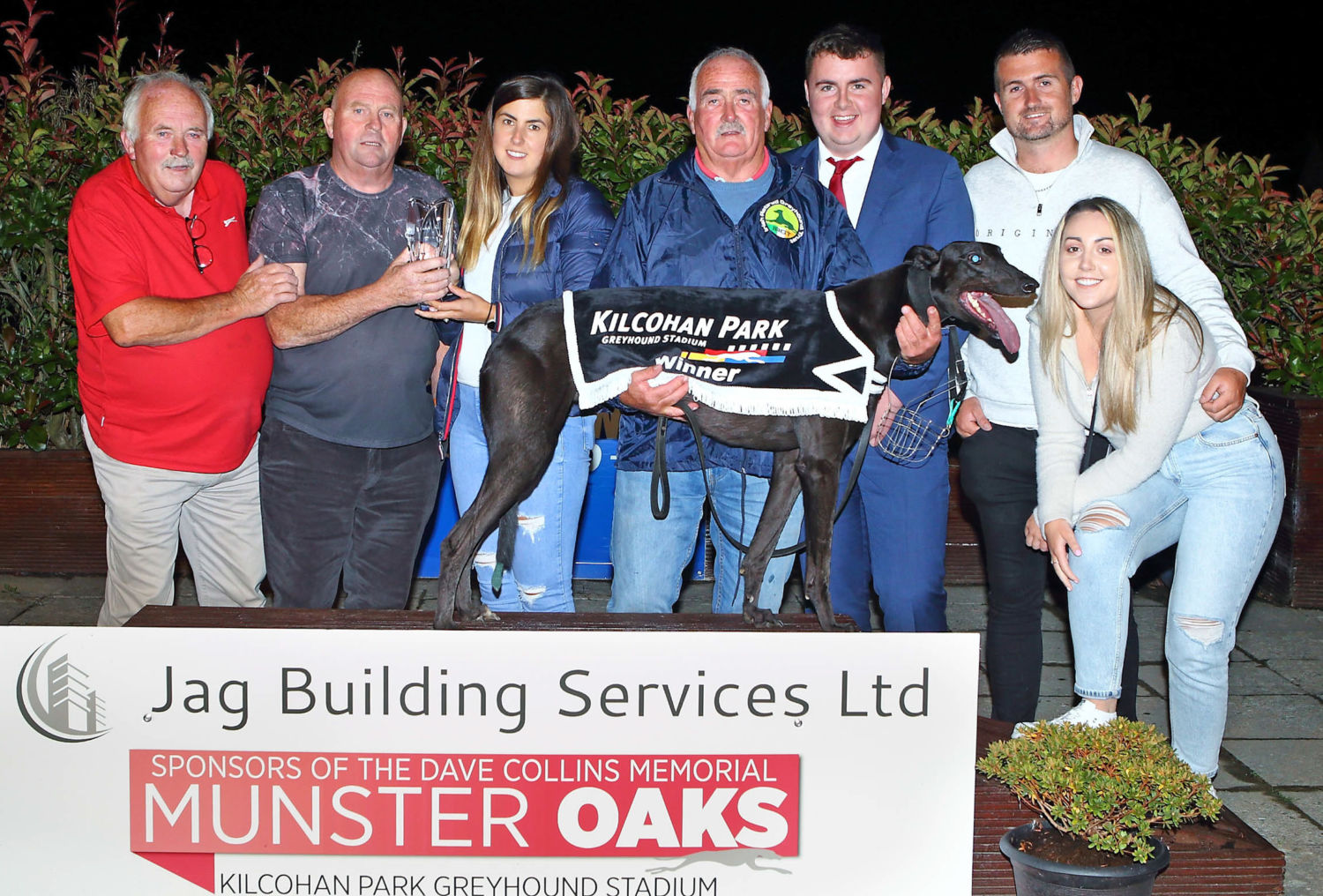