“I think we fully deserved this win” – Martin 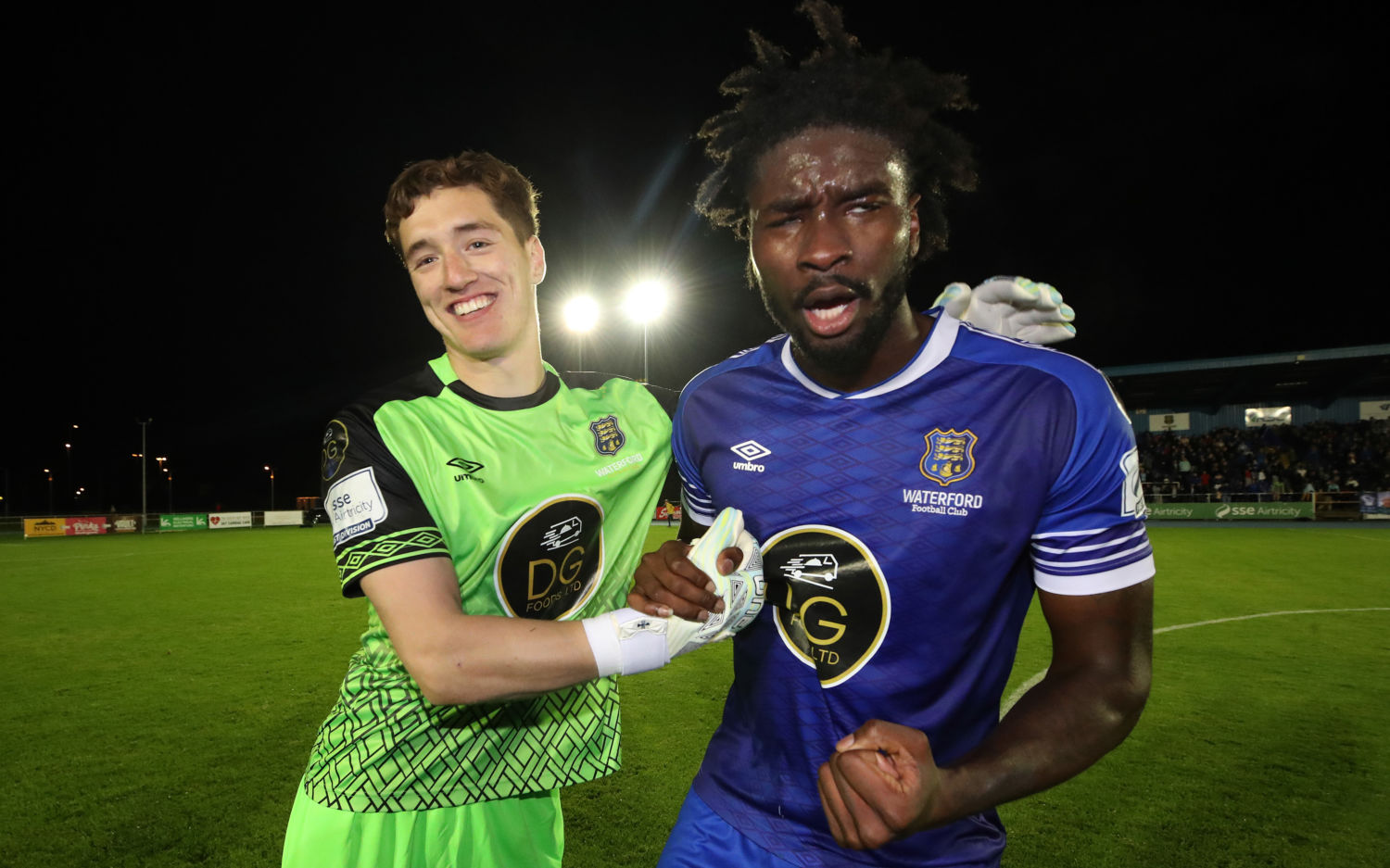 After the player of the month award winner for August, Waterford FC goalkeeper Paul Martin was celebrating on the double following Friday’s FAI Senior Cup quarterfinal win over Dundalk FC in their battle played in front of a full house at the RSC.
Speaking to the Waterford News & Star after the game, Martin said, “Thankfully in the battle against my brother, I’ve come out on top tonight. I’m just delighted, and it’s a tough one on them, but we’re delighted inside that dressing room.
“We fully believed that we could win that game. We went out, and I think that we fully deserved it. We dominated the game, and we’re just delighted, but it’s unfortunate for John! I thought that after the first goal that we were in control of the game.”

BOUNCE-BACK-ABILITY
“I thought that we fully deserved our lead at half-time, and I thought that we deserved to win the game in the end. They’re a top side, but we have some quality players. We went into the game believing that we could beat them, and I think going forward, we think that we can beat anyone. We’re delighted.”
Martin described the Dundalk goal as a “crazy” one. “It was a crazy one. To be fair it was a great strike and it was moving, but I thought that I did well to get a hand on it. I thought if I’m honest that I done enough to push it over the bar, but when I saw it was on the other side of the goal, I was in disbelief that it spun that far.
“It was one of those mad ones, and we just had to dust ourselves down to get ourselves back into the game. It was just a crazy one because I don’t think that I’ve ever conceded a goal like that before in my career to be honest. It is what it is, but look we’re just delighted to be in the semi-finals, and it didn’t affect us in the end.
“We haven’t let stuff set us back like the goal tonight, and we’ve done that for the last few months to be fair, and I think that we’ve now got a great mentality in the team. We’ve a lot of quality as well, and I think we believe that we can now comeback in situations like tonight.”

CONFIDENCE BOOST
“This is a massive win in terms of confidence. We’ve got a really big few months ahead of us, and we know that as well. To get a result like this tonight is a massive one going forward and to the end of the season. We have a semi-final now to look forward to, and hopefully a playoff final as well.
“The crowd were unbelievable. I know they have been unbelievable all season, but the last few weeks have been different gravy. I think that you could really feel it tonight, and you see what the takeover and the last few weeks have done for this club. I love playing for this club, like all the boys. It’s just great.
“There’s something brewing here to be fair, and we’re all excited with the new owner coming in. We’re all looking forward to what’s ahead, but the fans are brilliant. We’re going to need them over these next few weeks. It’s always nice to get personal accolades like the player of the month, and I’m thankful to the fans, to Brian Murphy, and Dirk Heinen. I’ve had to be patient, happy about how I’ve done, so we’ll drive on.” 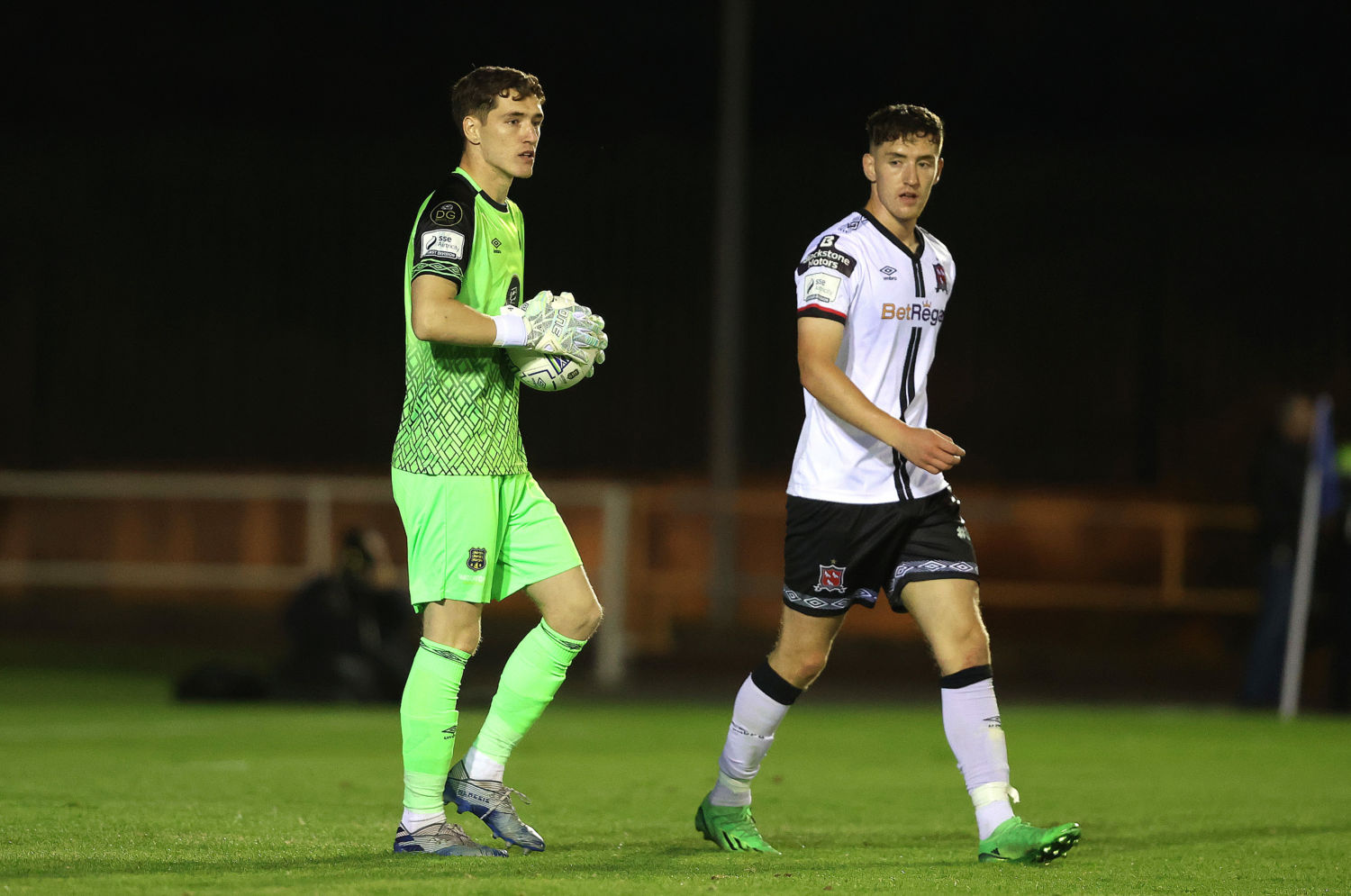 Paul Martin with the ball against his brother John at the RSC.