Work on problematic section of N24 likely set for early ‘23 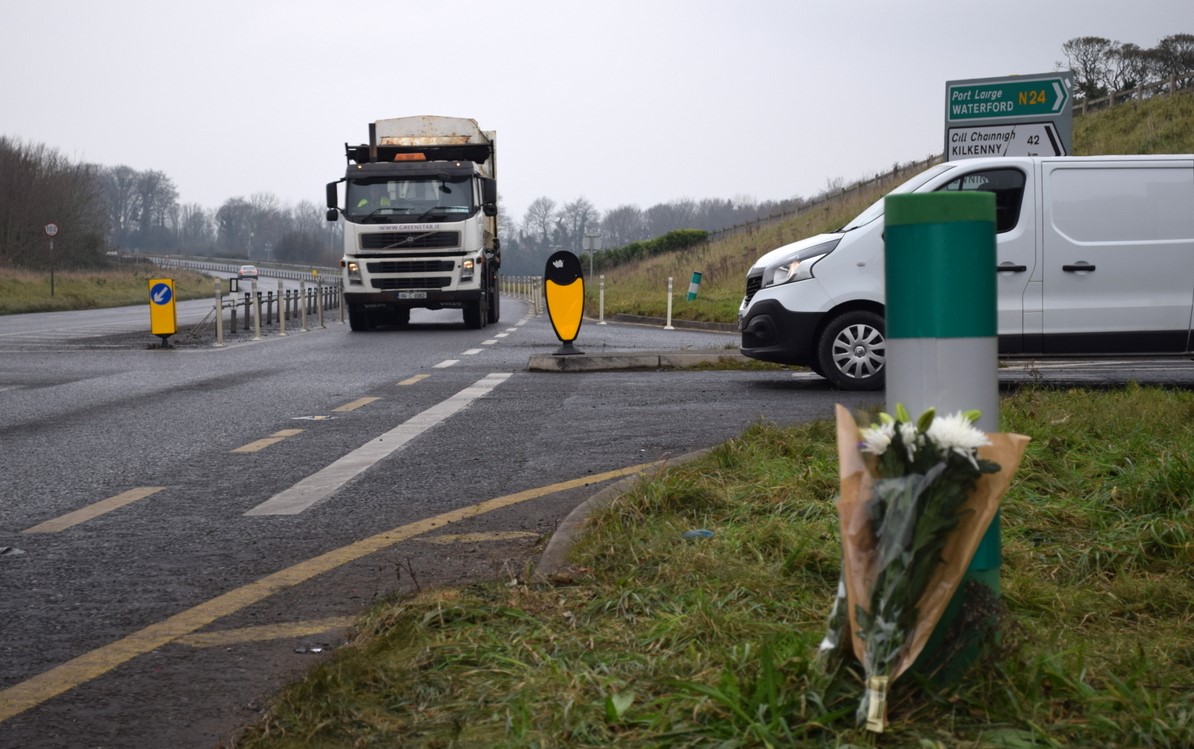 Work on the €10m N24 Tower Road project is now expected to commence early next year.

THE long-awaited reworking of one of the country’s worst road traffic accident blackspots is likely to begin early next year, South Kilkenny County Councillors have been informed.

A tender for the long-awaited works at the Tower Road (Piltown) junction of the N24 Waterford to Limerick road was published with a return date of today (Monday), September 19.

Addressing the Piltown Municipal District’s September meeting, Area Engineer Stan Bergin said that Kilkenny County Council hopes to have a contractor appointed by the end of November “subject to meeting the required procedures”.

Speaking on September 7, Mr Begin added: “It’s likely, given the time of year that commencement is likely to be very early 2023 and a 12-month contract duration (for works) is envisaged for that”.

The Tower Road is one of two separate projects on the N24 between Waterford and Carrick-on-Suir with projected budgets running into several millions, the other being a 1.9-kilometre section west of Mooncoin.

Said Mr Bergin: “We are awaiting TII approval on what’s called the target cost of the scheme. After the approval for the target cost for the scheme come through, TII approval will be sought to commence Phase Four which comprises the statutory processes of the CPO (Compulsory Purchase Order) and planning application. At the moment, the documentation is ready pending finalisation dates and other matters so once the TII approvals come through, it’s likely that a further two weeks will be required to ensure that everything is in order.” CPO and planning documents are due to be submitted to An Bord Pleanála by the end of this month.

Cllr Pat Dunphy (FG) welcomed the news regarding the Tower Road project’s advancement, adding that there’s been “too much mayhem at that junction for many years…and it will make a big difference safety wise”.

Cllr Eamon Aylward (FF) was relieved that the pre-construction phase has entered its final stages and looked forward to the completion and opening of the re-designed section of road.

Cllr Ger Frisby (FF) said he was delighted to see the Tower Road project approaching a welcome stage in what has been a lengthy campaign waged by local residents and elected representatives alike.

Replying to Cllr Dunphy’s query about the progress of the Carrick Road project, Mr Bergin said its timeframe was within An Bord Pleanála’s remit “but it’s likely to take at least six months to get a decision both on the CPO and the planning permission. Once that’s in place, we’re back to the TII then to seek approval to prepare the tender documents; there will be another approval requirement to appoint a contractor and so on so it’s very much a step-by-step piecemeal approach and each stage does need the TII to approve it, sign off and progress it to the next stage but it is possible  that at least we’ll be in a position to see statutory approvals for that scheme now.”

In response to Cllr Tomás Breathnach’s (Lab) question about both N24 projects, Stan Bergin confirmed that both are most likely to be consistent with the overall redevelopment project intended for the entire route between Waterford and Limerick.

Meanwhile, a meeting between Kilkenny County Councillors and Transport Infrastructure Ireland (TII) is due to be held in the coming weeks.