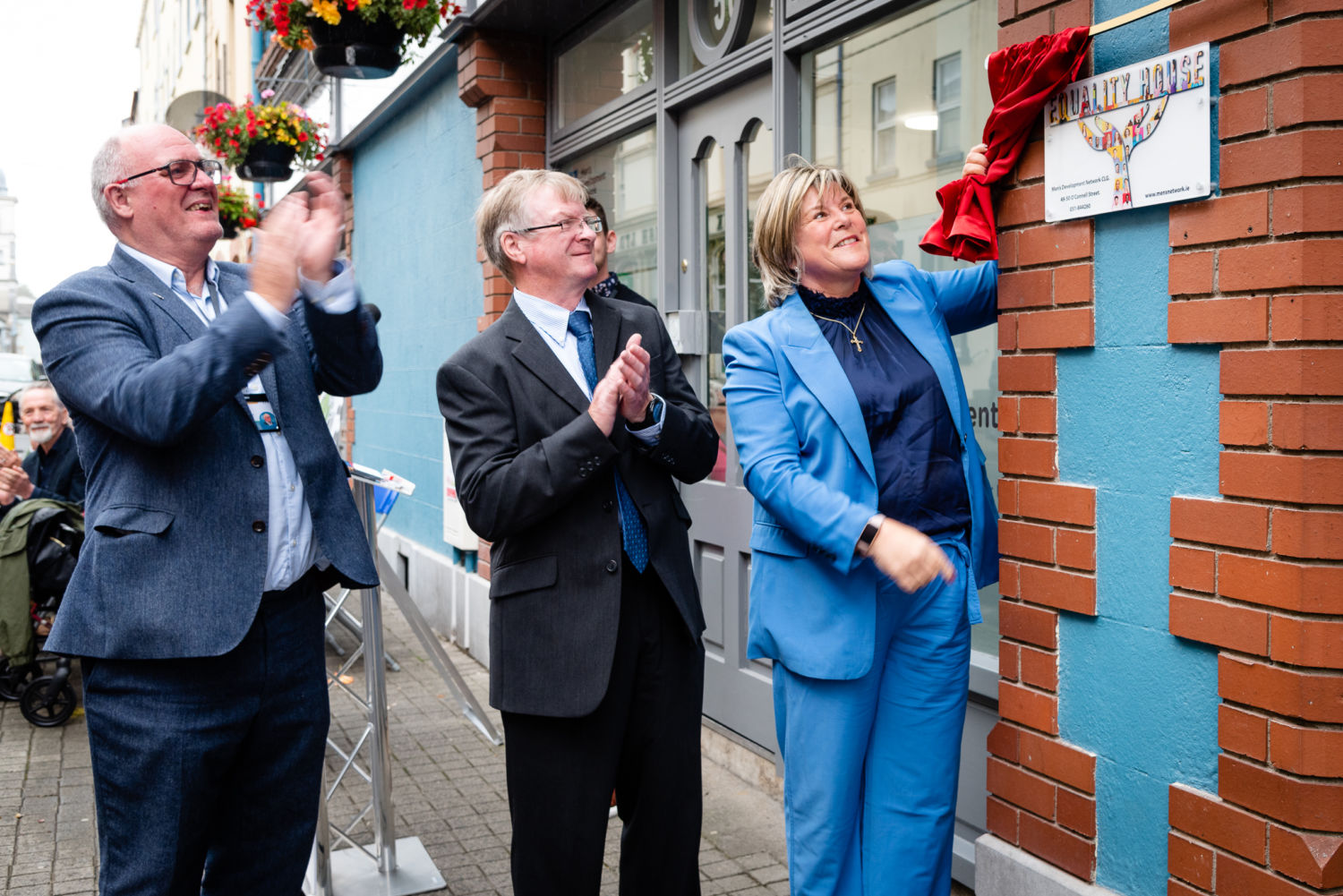 MDN’s 25th anniversary coincided with the extensive refurbishment of its offices at 49/50 O’Connell Street, another welcome upgrade along with the street which has seen several such improvements in recent years. The revamped premises now features more suitable space for programme staff, as well as privacy for clinical services provided there.

As a title, Equality House was derived from an MDF staff meeting where, according to Colm Kelly Ryan (Head of Programmes and Advocacy): “We were trying to come up with the most appropriate name for the work that we do and to reflect that work every single day.”

Addressing the gathering on O’Connell Street, Minister Butler said the festivities brought back fond memories of her five years working with photographer Leo Murphy, literally yards away on the opposite side of the street.

The Minister, who also launched MDN’s Annual Report for 2021 at the event, praised the “immense work” the network has committed to since Seán Cooke’s appointment as Chief Executive.

“From a woman’s perspective, how true that is. And through the various programmes you undertake for a number of Government departments and the HSE, your commitment to this agenda could not be clearer.”

In his foreword to the 2021 Annual Report, MDN Chair Noel Synnott wrote: “The purchase and refurbishment of the building we had been renting in Waterford City will give MDN and (its) staff stability and a sound footing to confidently commit to future developments and workplans. The enhancement of our staffing complement and collective skillset has improved our ability to deliver current programmes and other prospective undertakings. New staff were recruited to cater for programme management, communications and administrative functions, elevating our productivity to a new level.”

The MDN, which has gone about its essential work without too much fanfare or acclamation, runs a range of centrally funded projects, including the MEND Domestic Violence Intervention Programme, the national Male Advice Line for men experiencing domestic abuse and a range of other health and wellbeing initiatives.

Acknowledging the recently arrived Tintean Housing tenants at No 53 and the Ukrainian community at 49B, Seán Cooke said the completion of the works were a source of great satisfaction to all relevant stakeholders.

“This was an incredibly special day for the Men’s Development Network,” he said. “Not only did we launch our Annual Report for 2021, but we had Minister Butler with us to officially open our newly refurbished and renamed headquarters, Equality House. Coinciding with our 25th anniversary, our board also marked the occasion by paying a special tribute to those who had made a significant contribution to the development and growth of the organisation since 1997.”

This involved the presentation of LEAF (Leadership, Equality, Advocacy and Friendship) awards, whose names were added to a ceremonial ‘Tribute Tree’ displayed on the street itself during the ceremony.

Of Mr Whelan, Noel Synnott said that “his guidance had a significant impact on the future of the organisation… creating the conditions for the significant growth we have achieved today”.

Addressing the gathering, a grateful Alan O’Neill said he was delighted that both John O’Rourke and Noel Whelan had been publicly acknowledged in the presence of members from both families.

Minister Butler said the MDN’s initial work had identified and addressed “those areas of health and social services where men’s needs were not being met. Since then, the network has grown to become a key partner in the development of the first National Men’s Health Policy and subsequently the National Men’s Health Action Plan. A range of vitally important programmes and services are now delivered nationally under the auspices of this network.”

In his Annual Report statement, Seán Cooke said that reaching this stage of development “has been a process of continuous improvement and collective vision”. 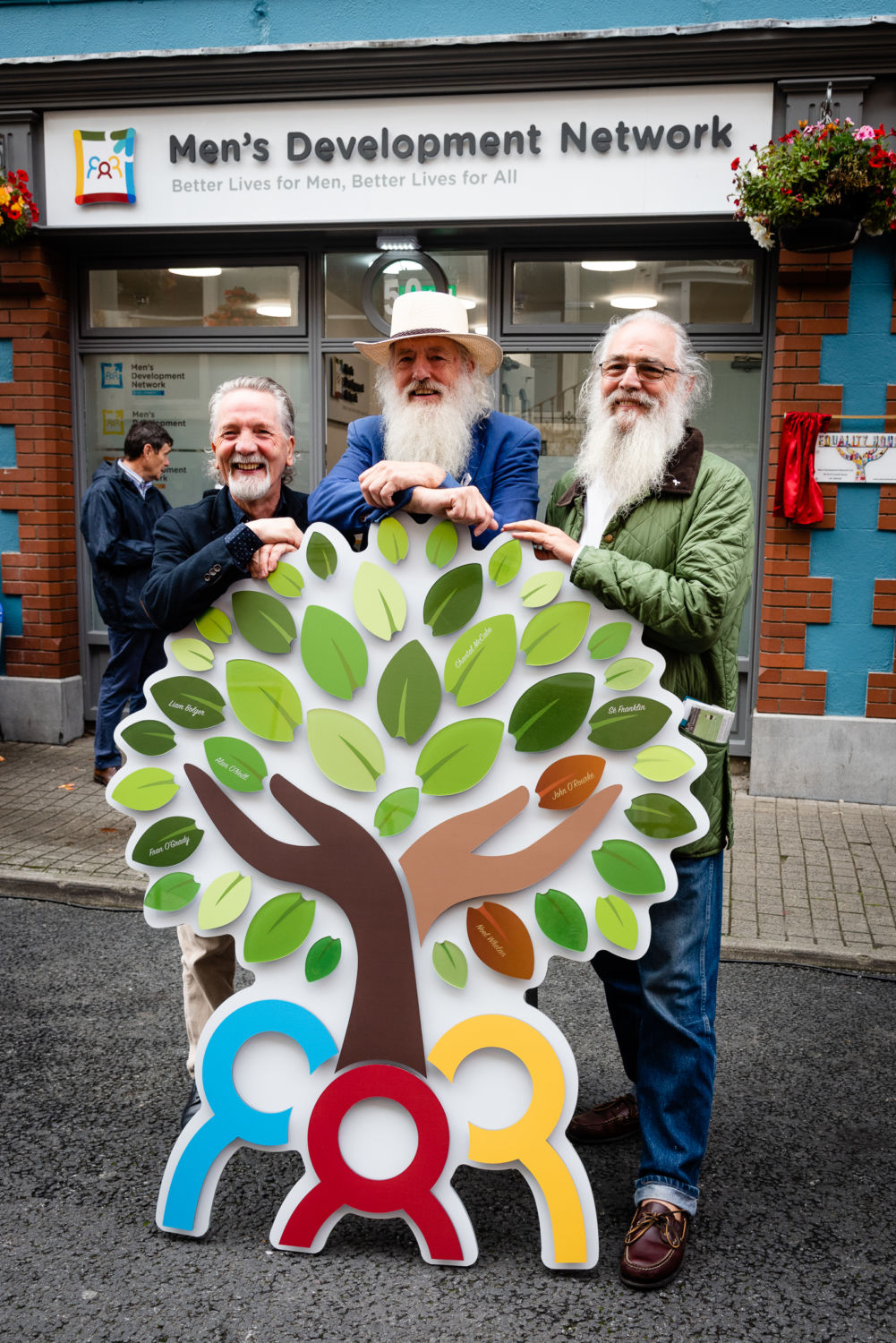 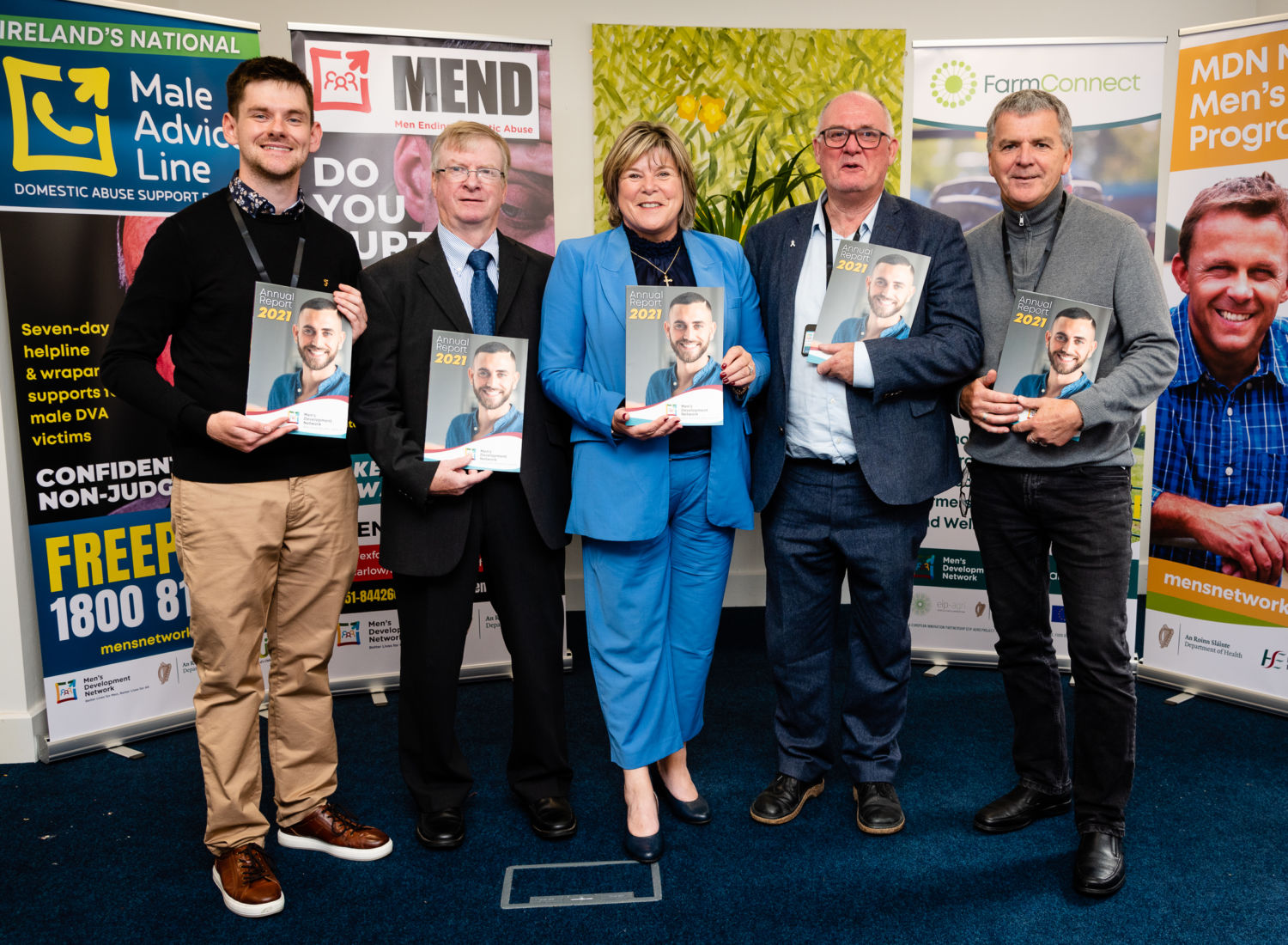