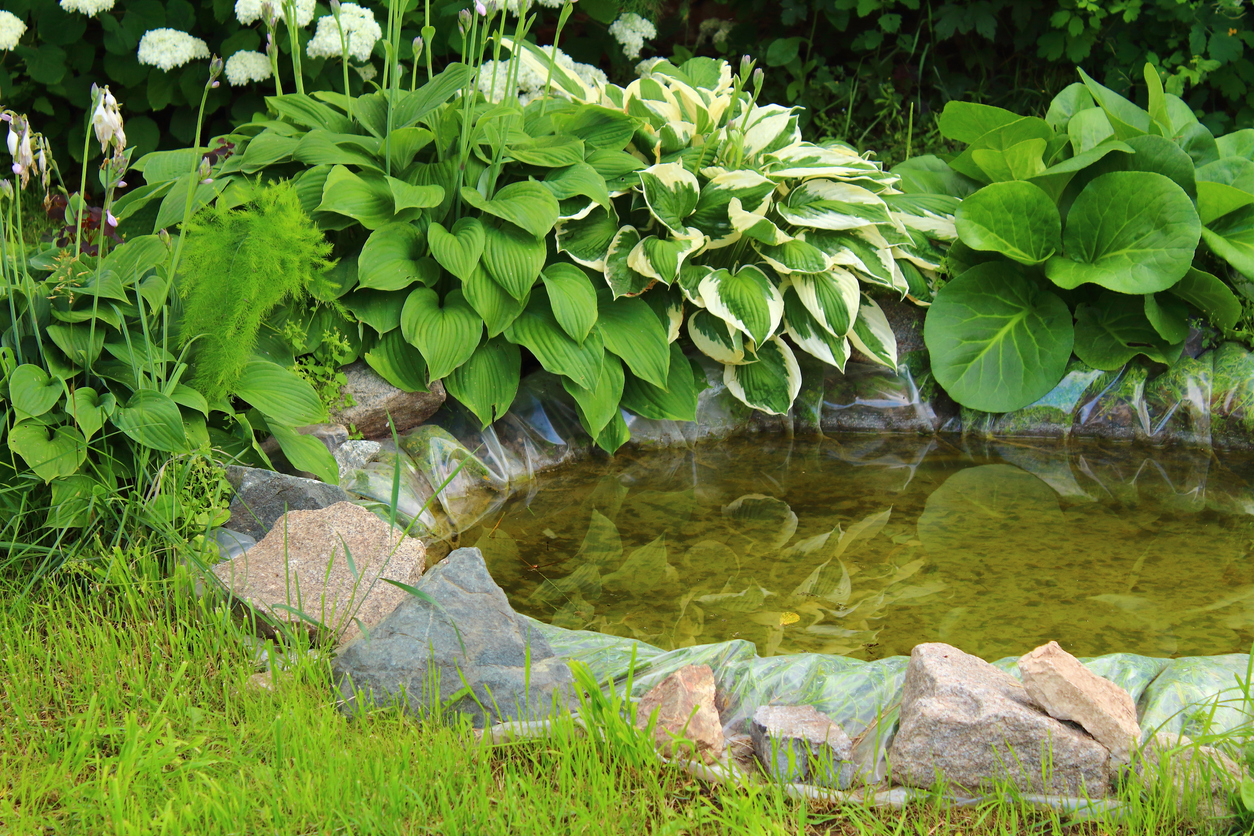 IN gardens of all sizes, small intimate areas of interest can be created and it is fairly common to design garden rooms, which work if interconnected with each other and have a natural flow. The allocated size will depend on what area you have to work with.

A specialised hobby is keeping the colourful long-lived Japanese Koi, which are large growing ornamental fish and often treated as household pets. They need a section of the pond to be at least 90cm (3’) deep and a reasonable size with 2m (6’) square being the minimum. Sometimes the homeowner creates an entire Japanese design in the back garden with the Koi pond but it would include suitable statues, oriental pergolas, rocks, raked gravel, bonsai plants and moss gardens.

Ireland is full of bogs and the idea of creating one in a garden hardly ever appeals but for gardeners there is a difference as there are pretty moisture loving plants without having to replicate a native bog. A pond liner is usually used and laid about 20-30cm in the ground and filled with a mixture of sand, gravel and soil. Very soon it will fill with water and if a number of holes are made it will not get waterlogged but just retain enough moisture to allow the plants to grow well. A wildlife pond could also be incorporated into this design.

You must have come across interesting shaped tree roots and limbs and thought how can they be used in the garden. Well it has become popular and is called ‘Stumpery’, where these pieces are placed on or partly buried in the soil and then low growing plants are inserted here and there, resulting in a natural looking setting. Alpines, ferns, dwarf bulbs and neat perennials are the main types used.

A rockery is an area of soil covered with matting and pebbles and then some large stones are laid or partly buried, usually in a naturally looking pattern. It is then planted with alpine plants spaced 60-90cm (2-3’) apart. Part of the attraction is to collect and select natural stones up to whatever you can manage to move and that shown in miniature is what the larger landscape looks like.

This design is constructed in a similar way to the rockery above but there is no pattern with stones as they are placed in random places, allowing spaces for additional seaside items washed up on the shore like old fisherman’s buoys, discarded nets and other sea-washed objects. The planting would include coastal looking plants like saxifrages, sedums, sea holly and a variety of grasses.

Your choice of plants should be generally dictated by what the plant needs, rather than what you want to grow in a particular position. If you don’t follow that rule, you will eventually lose too many plants. Taking that on board, you will find, with patience, that there are many plants that will do well in whatever situation you find yourself.

Cutting hedging has been continuing since August and can be completed by the end of the month so the plants have a chance to recover before the winter. Severe pruning of overgrown hedges should be undertaken in the spring but you can make them tidy in the meantime with a light pruning.

You can grow some hyacinths, mini-tulips and daffodils to flower early by potting them up in the next week and after watering put them in a dark dry place until December before bringing them out in the light. If you have any queries or comments you are welcome to share them with me on 051-384273 or [email protected] and if of general interest I will include it in a future article.

Green Fingers: Getting more from your garden space