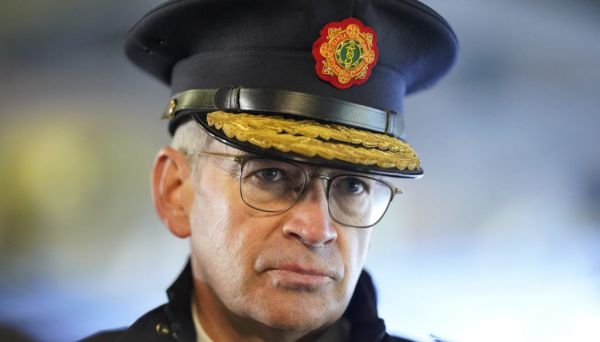 Garda Commissioner Drew Harris has warned the Government that senior ministers are at “risk” and is “adamant” they are assigned garda protection drivers.

Taoiseach Micheál Martin said the decision to recruit garda drivers for government ministers was made after a “security issue” was identified.

The final decision will be made by the Taoiseach’s office.

Some ministers, including the Taoiseach, Tánaiste Leo Varadkar and the Minister for Foreign Affairs Simon Coveney, have garda protection drivers while other Cabinet members have civilian drivers.

Speaking in Ratheniska, at the second day of the ploughing championship, Mr Martin said the decision comes following a report on the vulnerability of politicians.

“A lot of ministers don’t want to return to garda drivers. They are quite happy with the civilian position that they have, which costs as well.

“I’m not sure about the net cost between transitioning from where ministers have civilian drivers to garda drivers.

“But the Garda Commissioner is adamant. You recall there was review done in terms of the vulnerability of politicians to assault, attack and so on.

“So this is security matter. The Commissioner is adamant, in the security advice that has been provided to me, that if this isn’t done, there’s a risk to senior ministers and that that’s the bottom line.”

“Obviously their security is under review consistently,” Ms McEntee added.

“The reports have been presented to me and to government and I’m not really going to comment on this any further.”

She refused to comment on the costings of the move.

She added: “As it’s a matter of security, it’s not something that I nor the Commissioner or Government will be able to comment on any further.

“But we do have a report, and we obviously take those reports very seriously, as does the Taoiseach and Government and we’ll be responding to that report.

“This is a security measure and I think any security matter that’s presented to us by the Garda Commissioner, we have to take that seriously.

“That’s what we’re doing. I can’t comment on this any further. But obviously anything that happens after that report, it’s a matter for government.

“I take these matters seriously, this is a serious issue and it is a security matter.”

In a statement, the department said some hybrid vehicles will be purchased as part of the new fleet that is needed.

“Of the 17 cars currently in the Government fleet, two are plug-in electric and one is hybrid.

“A further allocation of one fully electric vehicle is planned for the near future.”

Meanwhile, there could be an increased presence of gardai on public transport, including the Luas and Dart, following a rise in incidents over the summer.

Ms McEntee said she is committed to increasing the overall number of gardaí as part of next week’s budget.

“The budget obviously is still being discussed and negotiated and we will have final outcome next Tuesday, so I don’t want to pre-empt that but what I can say is that I’m absolutely committed to increasing the overall justice budget,” Ms McEntee said.

“It means increased numbers of gardaí, it means investing in our capital infrastructure and we have obviously a capital plan, which means not just reinvesting in stations that need reinvestment, but also opening new stations right across the country.

“I have spoken to the Garda Commissioner and he has been exploring the idea of where there can be other types of garda presence, and not just in stations right across the country.

“So [in] everything from our transport environments, perhaps the Luas or the Dart, where we have had some concerns over the summer, to our communities.

“So these options need to be kept open, but yes, absolutely, I want to see an increase in supports for An Garda Síochána.”