Fugitive ‘with strong links to organised crime’ extradited to Lithuania 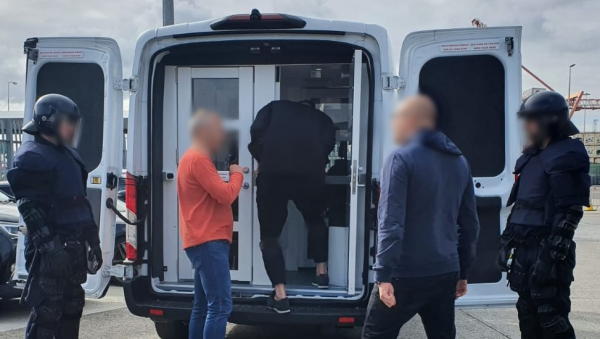 Gardaí have surrendered a fugitive “with strong links to organised crime” to Lithuanian police colleagues at Dublin Port.

The 34-year-old male is wanted in Lithuania for serious offences of criminal organisation human trafficking and drug distribution.

The man was handed over on September 15th. He then travelled by ferry and overland to his native country, arriving in Lithuania on Sunday, September 18th.

Detective Superintendent Michael Mullen, Garda National Bureau of Criminal Investigation said: “The successful surrender of this male to the Lithuanian authorities re-enforces the strong working relationship between An Garda Síochána and our European counterparts in ensuring fugitives are returned to the requesting state to serve justice.”