Queally and Healy honoured by Southend 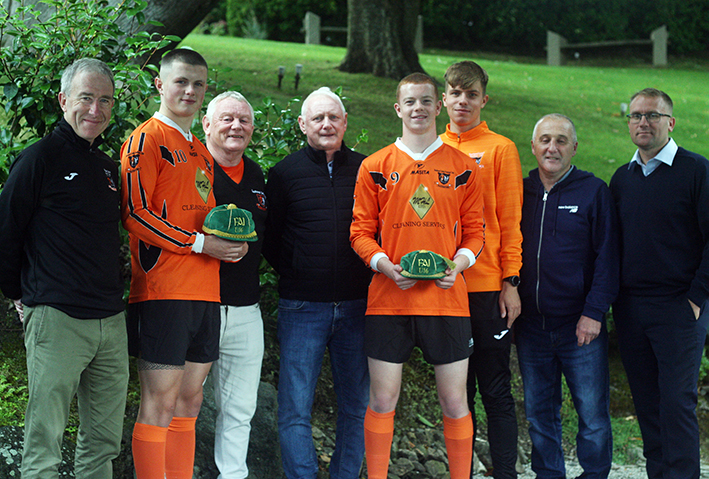 Southend United held a small celebration on Tuesday last in Lafcadio Japanese Gardens in Tramore in recognition of their two former players, Adam Queally and Jason Healy, who received their Irish U-16 international soccer caps recently.
It was a special day for the club who are very proud of both boys and their families. Adam and Jason joined Southend at age of four under the guidance of John McCarthy, progressing onto Derek Butler and then spending many years under the successful management team of Albert Healy and Colin Keane, winning the clover tournament two years in a row, the U-12 league three years in a row, the U-13 league two years in a row and the U-14 league along with the U-12 cup in 2018. The team the boys played for also won the Regional Final in 2017.
Both boys then progressed to League of Ireland playing for Waterford FC at U-13, U-15 and currently play U-17. Both made their international debut for Ireland at U-16 level in 2021 under the management of Paul Osam. 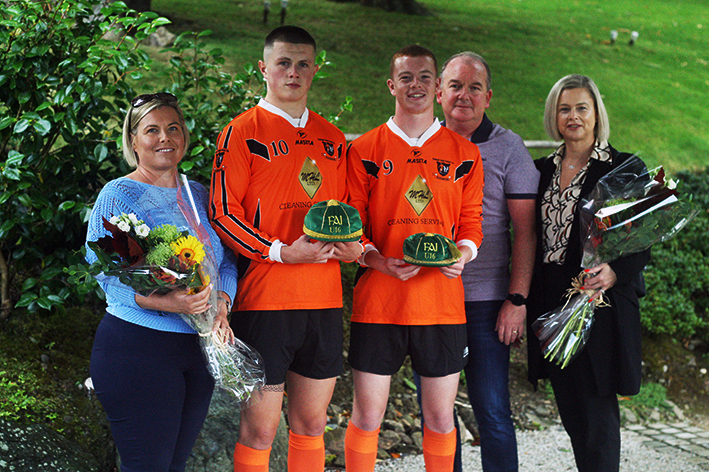