The group stages of the J. J. Kavanagh & Sons Senior Football Championships got under way last weekend with the four opening round games playing out very much as expected. All four group games resulted in decisive wins for last year’s seeded semi-finalists and barring a massive upset this coming weekend we can expect more of the same as the top seeds clinch their quarter final places. For the remaining teams it s all about avoiding the relegation trap door and that will be very much in the minds of St. Saviours, Brickey Rangers, Portlaw and possibly An Rinn going up against the big hitters this weekend. 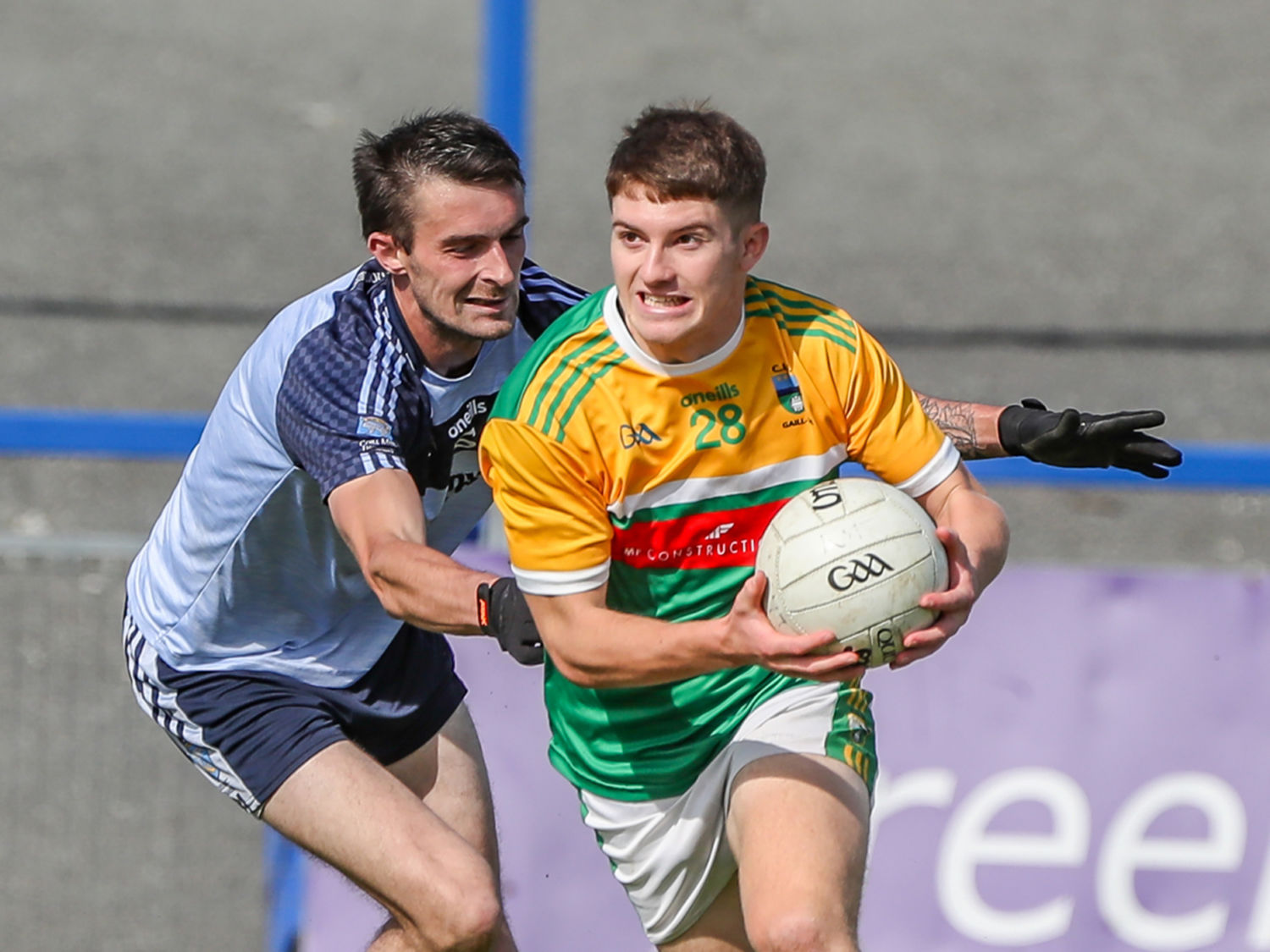 Patrick Fitzgerald and his Gaultier colleagues will be hoping to make it two wins from two when they take on Portlaw in Carrickbeg. Photos: Maurice Hennebry & Sean Byrne.

Having returned to senior ranks after a two year absence with a fully deserved win over favourites Dungarvan in last year’s Intermediate final Portlaw will be seeking to retain their current status as they open their account with a tough assignment against ambitious Gaultier in Carrickbeg on Friday evening next.
After coming through against Kilmacthomas with eleven points to spare in what was, none the less, a bruising encounter last Saturday Gaultier will be well tuned going into this game against a Portlaw side having a first outing. Gaultier’s win over Kilmacthomas saw J. J. Hutchinson accounting for all but four of his side’s fifteen scores and if they are to challenge for the title this year they will need a greater input from the forward line going in against the main contenders. It can be expected that Dessie Hutchinson will return to boost their attacking options if not on Friday but certainly for the knockout stages.
Portlaw will be looking to the players that saw them to Intermediate victory last year in such as James Rooney, Darren Rockett, John Dee, Frank Galvin, Jordan O’Sullivan, D. J. Foran and Michael Donnelly and they will not be found wanting for effort here but the odds appear stacked in Gaultier’s favour. 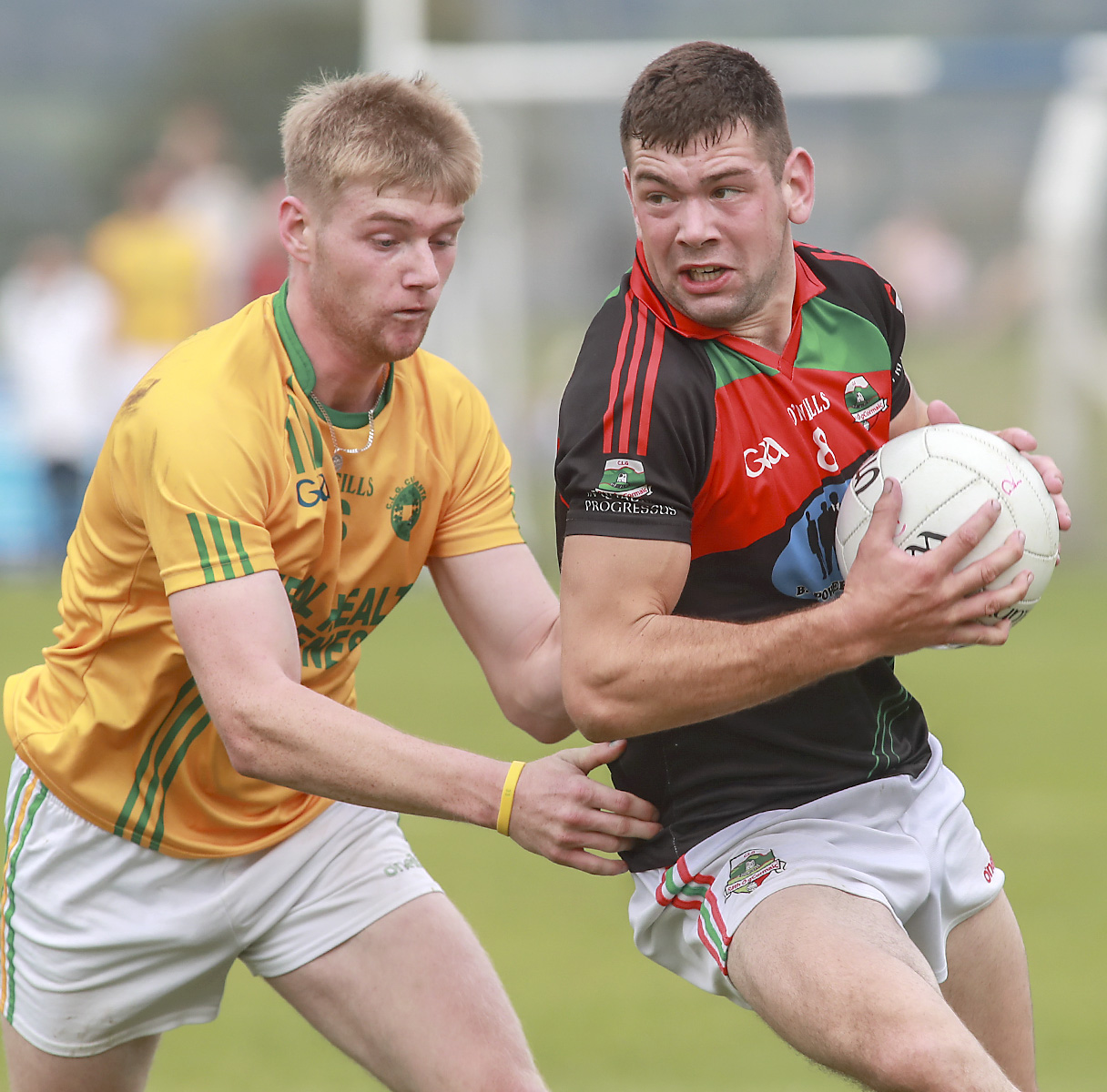 Last year saw St. Saviours retain their senior status with a relegation playoff victory over Ardmore and their priority going into this year’s championship will be to achieve the same end result. That is not to say that they will be holding anything back against fancied Rathgormack on Saturday next for they are a side that gives everything even when the odds are against them.
Rathgormack have the title on their radar following last year’s final defeat by The Nire and they will be intent on building momentum towards that goal. They have a strong attacking unit in the Currys, Billy Power and Conor Murray and the Saviours defenders will have their hands full to contain them here. To stay in the game the Ballybeg side will be looking to forwards Darragh Corcoran , Gareth Duffy and Shaun Corcoran to take advantage of any perceived weaknesses in the Rathgormack rear guard.
In the end anything other than a decisive win for Rathgormack would be a big surprise here. 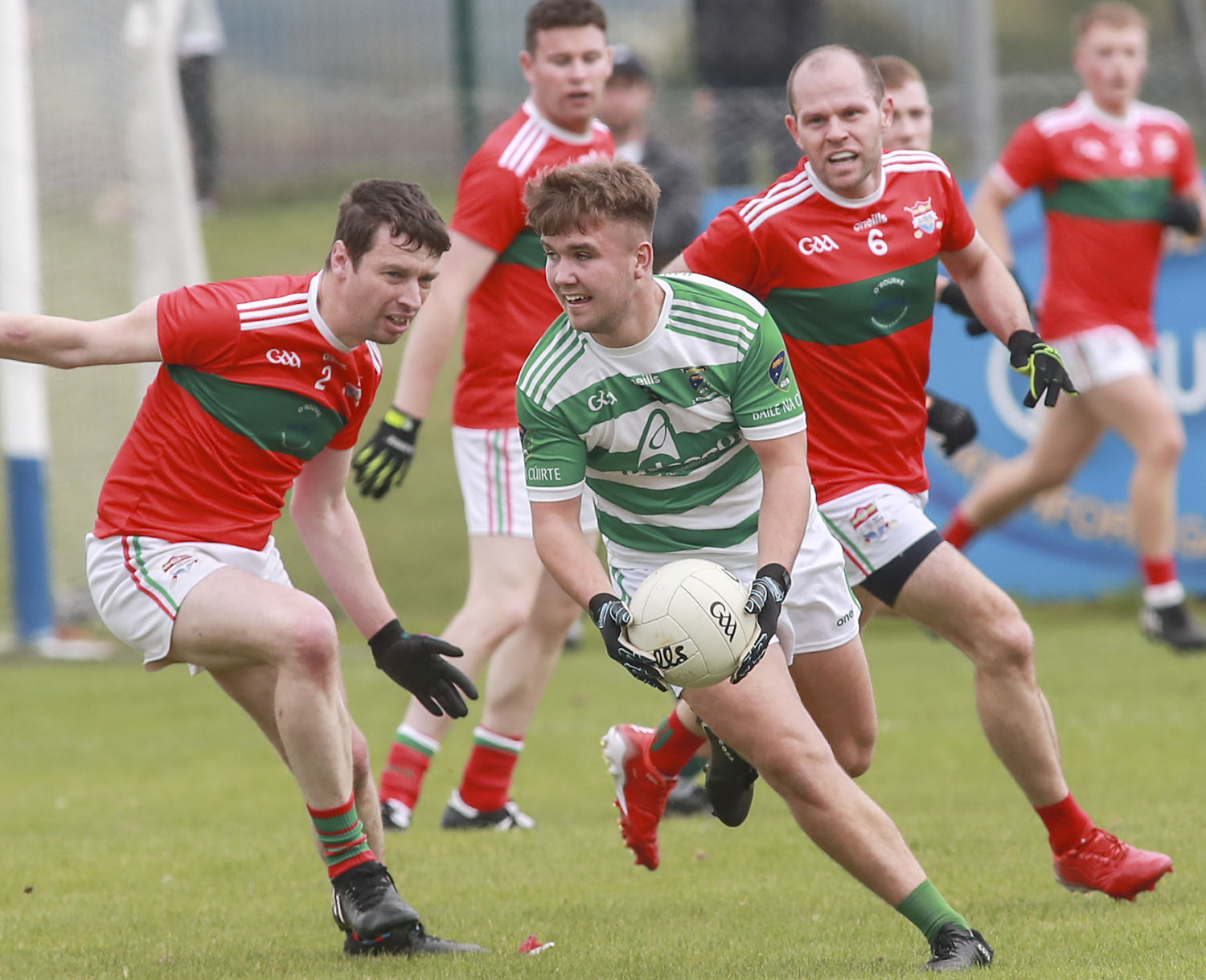 Ballinacourty’s CharlieTreen taking on Clashmore/Kinsalebeg’s Ciaran Bourke and Kieran Connery. Next up for Courty are Brickey Rangers.

Despite not being overly impressive in seeing off a weakened Clashmore side on Sunday last Ballinacourty should have too much in hand against a Brickeys outfit that on a given day can cause problems for fancied opponents. With experienced campaigners such as John Elsted, Sean Whelan-Barrett, Conor Prunty, Neil Montgomery, Michael Kiely and Patrick Hurney in the line up there is much scope for improvement in this Ballinacourty side going forward despite missing a number of key players.
Brickeys will be looking to such as Mark Cummins, Conor Phelan, Cormac O’Gtady, Mikey Hanlon and Tom O’Connell for big performances to keep them in touch here but in the end there can be only one result.

Sunday –Fraher Field 3-30 pm. The Nire V An Rinn
A couple of years ago this clash would be seen as having a bearing on the outcome of the championship but An Rinn’s fortunes have waned somewhat in recent times and last year saw the Gaeltacht side in the relegation playoffs where they were fortunate to score a two point semi-final win over St. Saviours to ensure their senior status for this year.
On Sunday next An Rinn face defending champions Nire who demonstrated, in no uncertain terms on Saturday last, their determination to retain the title as they eased to a decisive victory over arch rivals Stradbally.
On paper, with experienced county players such as Darach O’Cathasaigh, Ray O’Ceallaigh, Tadhg O’ hUllachain, Conor O’Cuirrin, Fergal O’Cuirrin, Donie Breathnach and Liam O’Lonain on board, An Rinn look to be well equipped to take on any opposition but simply have not produced the form required in the past two seasons. Against a Nire side in full cry they will need everyone stepping up to the plate to make a game of it.

Can Ballygunner join the nine-in-a-row club?