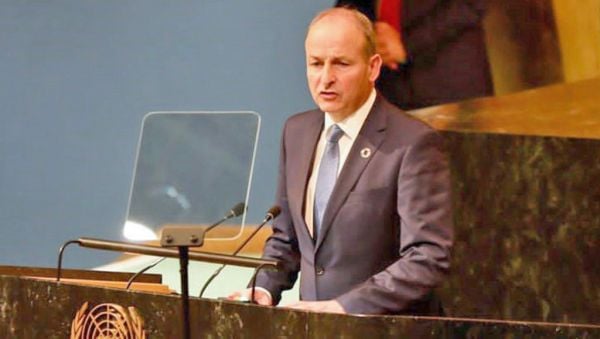 Russia’s position on the UN Security Council is irreconcilable, according to the Taoiseach.

Micheál Martin said serious reform of the body is needed in the wake of the invasion of Ukraine.

As a permanent member of the council, Russia can veto any and all action other member states want to take.

Mr Martin said that is not a position that fits with a council aimed at improving the security of the world.

Speaking to reporters in New York, he said: “We’ve all agreed that the Security Council needs to reform anyway, prior to these events.

“But given the war on Ukraine, the manner of that war, how it has been conducted with clear violations of all known conventions… even military conventions and the conduct of warfare.

“There’s a huge irreconcilability between Russia being a member of the Security Council of the United Nations, which is about peace and unity, and waging a war of this kind.”