A meeting of some significance took place recently in Tramore Sea Rescue when many of the surviving original members came together to reminisce about the early days of the organisation. Frank Nolan, David Kenneally, Derek Musgrave, Noel Power, and Len Bell were contacted when the decision was made to begin community fundraising for a new sea rescue boat. All members responded to the call, as they had always done many years previously and they came together to share their memories at The Pier in Tramore. 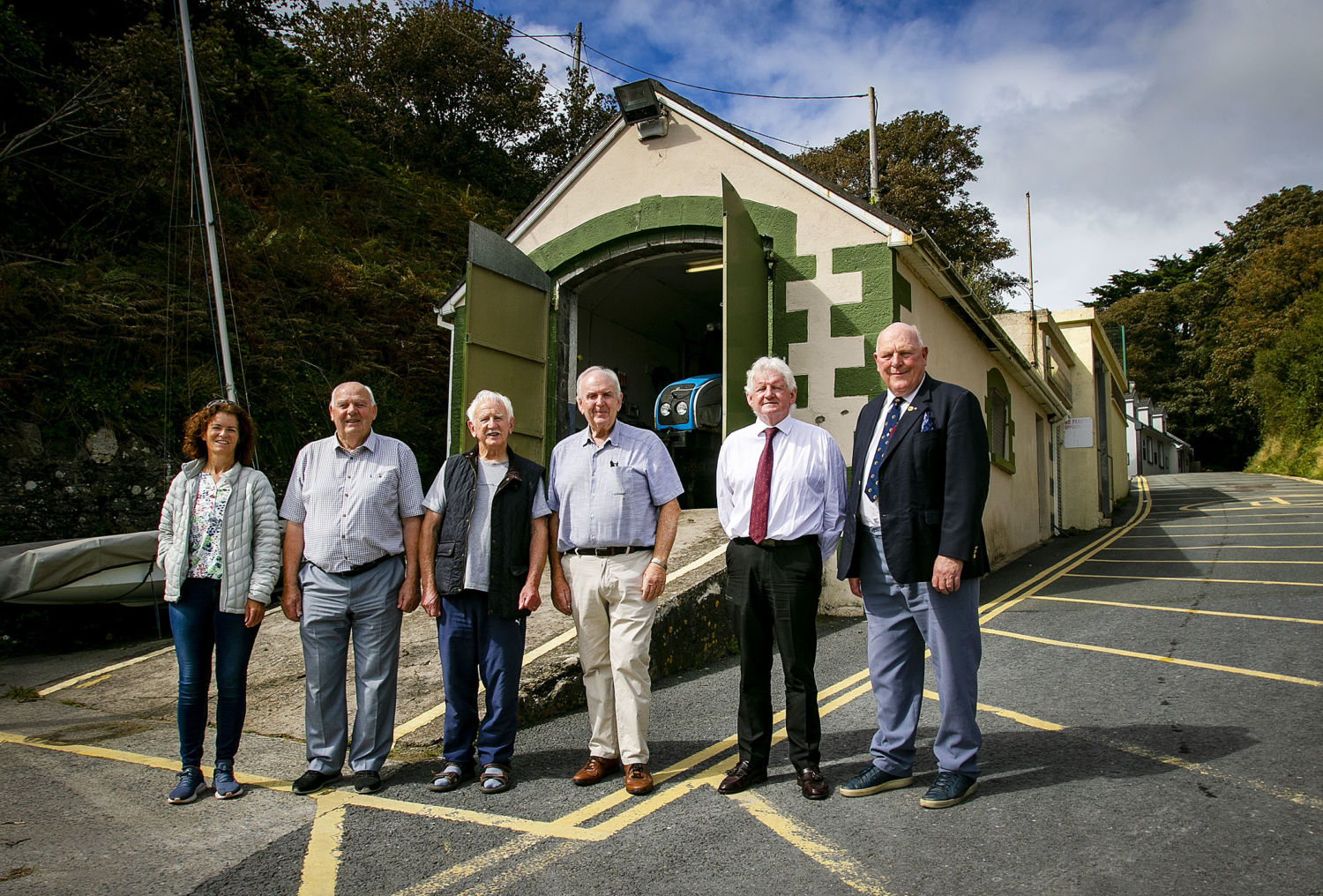 Frank Nolan was a young Garda in Tramore when he first joined in 1966. At that stage, there wasn’t a large distinction between the RNLI and Tramore Sea Rescue and they co-existed in much the same way as they do today. Bringing a large association with water safety with him, Frank decided to join and for a time, he did all of the smaller jobs such as carrying fuel down to the boat and sweeping up, before he worked his way up the ranks. The regular Monday night meetings convinced Frank that this was where he wanted to give his service.

He recalls his first trip out on the boat being with Eddie Walsh in the Sea Rescue and from there he eventually became a helmsman in the RNLI, having finetuned his skills and expertise in Tramore Sea Rescue. He worked his way determinedly up the ranks and he came President of the organisation and it remains a source of tremendous pride for him that he has seen the limitless hard work of the crew when faced with the power of the sea, saving countless lives.

He said: “Tramore Sea Rescue became a role model for many similar communities that wanted to set up around the coast. You must remember that in the 1970s and into the 1980s, at that stage the RNLI would not put a D-class lifeboat or indeed any inflatable over on the west coast of Ireland for some reason. Many organisations were established because of us and our involvement, like Wexford, Bundoran, Doolin, Bantry, and Ballybunion. We sent people down there to train these people under Irish Water Safety, assisted by what is now the Irish Coastguard.”

Many of the call-outs for Tramore Sea Rescue in the early days were for people caught on the rocks, who had found themselves cut off by the incoming tide. Many historical Tramore names are associated with the original committee, including Superintendent Matt Sills, Dr. O’Brien-Moran, Timmy O’Brien, Frankie Partridge, Eamon O’Brien, Frank Nolan, Len Bell, Mick Hearne, and David Kenneally.

The origin of Tramore Sea Rescue can be dated back to one devastating day. On August 24, 1962, a day of unspeakable tragedy struck Tramore and a young David Kenneally was on the prom looking out to sea when that tragedy struck. Three boys who were on holidays in Tramore with their families left the pier in a canoe with high sides, there had been a south-westerly gale blowing earlier that day and it blew them further out from the pier.

David recalled: “Conditions were poor, and the wind began to affect the canoe, there was a huge sea running. At about 3pm, I was down on the front and I spotted something at sea. I could see it was the canoe, it would appear at the top of a wave and then disappear just to reappear again. It was increasingly obvious that they weren’t in control of the canoe and there was nobody in the entire country at that stage who could handle wave conditions like that. I remember standing on the roof of the lifeguards hut with binoculars and one lifeguard had taken off down the beach on a bicycle. I saw the canoe disappear and never reappear and it was clear she had capsized. People were beginning to gather and a search began on the beach. All day and into the night the search went on, the canoe was found around midnight but none of the boys.”

Facilitated by The Red Cross, a day and night search took place and teams took over in shifts. The first body was found on September 3, the second body found on September 10, and the last body was recovered near Kilmore Quay in Wexford. This search which took place over almost three weeks brought people together and a committee was formed without any formal agreement, brought together through necessity in a time of great sadness for Tramore.

The question on their lips was ‘is there any boat which can manage such conditions?’ The answer was always no until the RNLI were contacted in England and they had an experimental boat, an inflatable boat which was being experimented with at the time. Fundraising took place within the community until enough money was raised to buy the boat for it to arrive in the Spring of 1963, the birth of Tramore Sea Rescue was just months after the tragedy of 1962. Increasing community fundraising allowed for the purchase of engines, gear, training and a significant period began in Tramore’s history, where the call came and lives were being saved, at great personal risk to the volunteers who showed bravery and courage in the face of the roaring sea. An official patrol was set up and while no records truly exist, the amount of lives saved is innumerable.

Out on the water on the day of the tragedy was Noel Power, who would go on to become Honorary Secretary in 1968 before leaving to undertake charitable works in Africa, serving in total for 19 years. He made the decision to join in 1964, with a wealth of maritime knowledge and prowess behind him. When he joined initially, the boat was kept at the top of Patrick Street in Tramore and he recalls the crew installing by hand the racks for the boat, and the full kit-out for the facility in the Pier.

Like Frank, he joined the Sea Rescue from the ground up and eventually, he was known for his boat-handling as helmsman. His handwriting can be seen on the boards on the wall in the Tramore Sea Rescue base in Tramore with the dates of call-outs, and whether it was a life saved, or a body recovered to be brought home. Every member then, as they do now, had day to day jobs and this role in the Sea Rescue was undertaken in a volunteer capacity.  These were people who loved the sea, respected the sea, and understood that it can never be mastered- it is due to their efforts that and the efforts of many since, that loved ones came home from sea to tell the tale.

A local cave known as Fisherman’s Cave was the location for many call-outs for Tramore Sea Rescue and people crossing from the beach to the Pier were often caught. One such callout was reported extensively in national media in 1978 under the headline ‘Pain and Joy in Village of Heroes’ by Tom Fallon. The article reported that Tramore men were awarded the thanks of the RNLI, those men were Helmsman Noel Power, John Palmer, Garda John Lawton, and Dr. Hugh O’Brien Moran for showing tremendous bravery during a rescue.

A new community fundraising effort has been established in Tramore as, once again, just as it was then, a new boat is needed. Monies received by Tramore Sea rescue each year, sit in the region of €5,000 and will never be enough to cover all costs or in this case, to fund a much needed new boat. The original and present members are asking anyone who is in a position to do so, to donate what they can online. A new boat will mean that when the call comes, the crew will take to the seas and continue to face the seas in order to bring our loved ones home. If you have ever needed the services of Tramore Sea Rescue, if they have ever supported a community event which you have attended, or if indeed, you have mourned the loss of a loved one at sea, Tramore Sea Rescue humbly ask for your help in the purchase of a new boat. Donations can be made online, here. 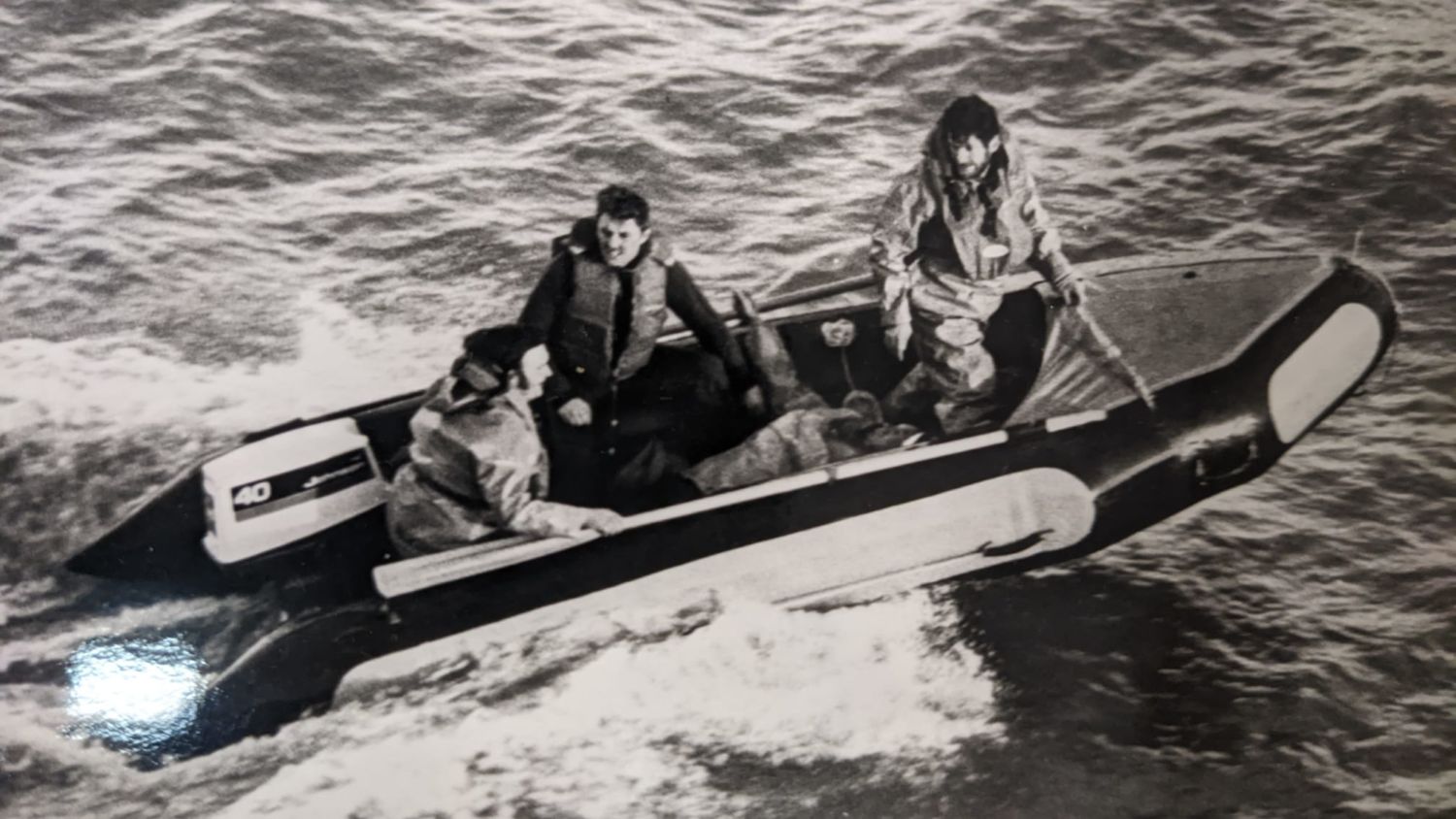 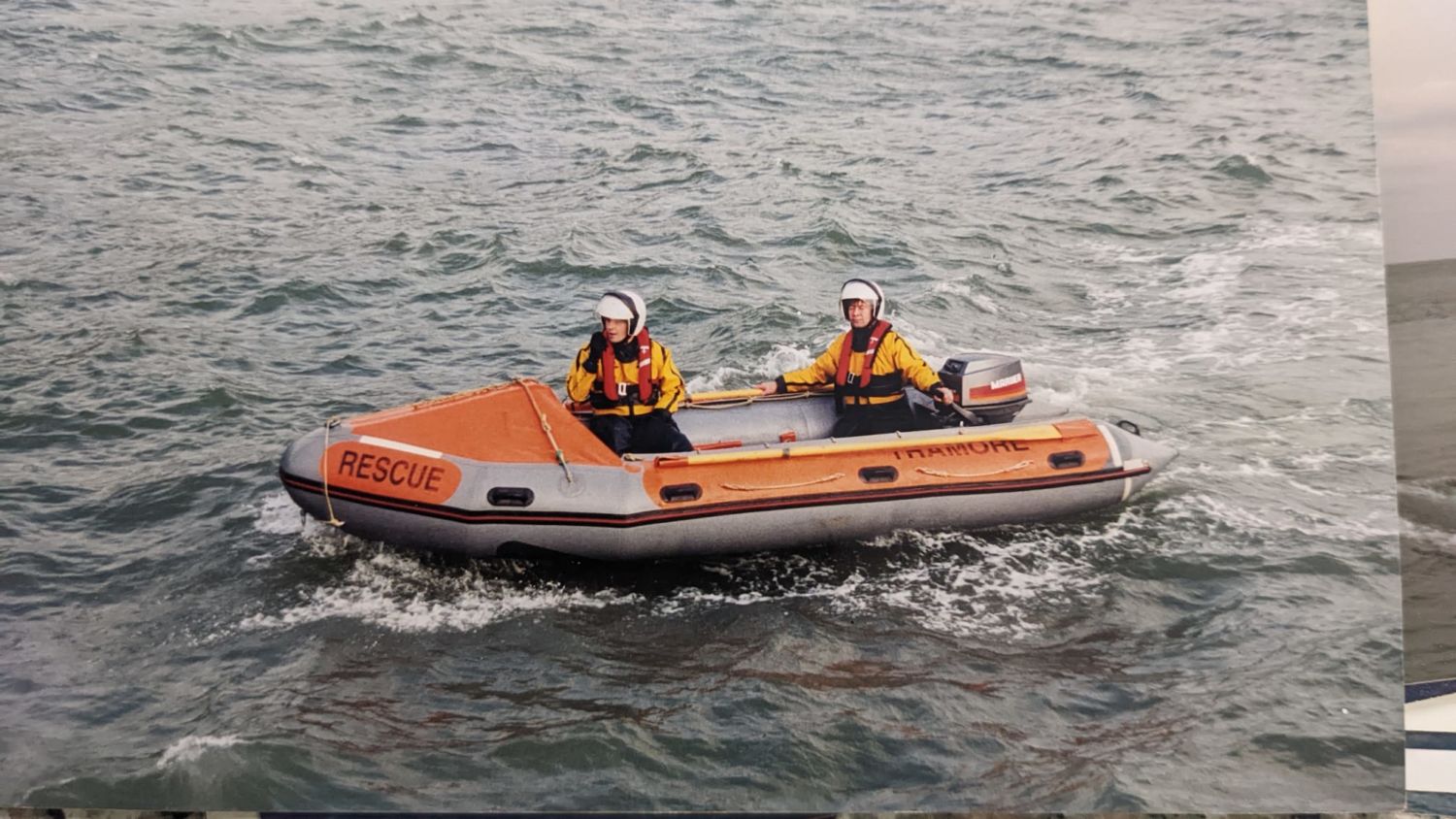