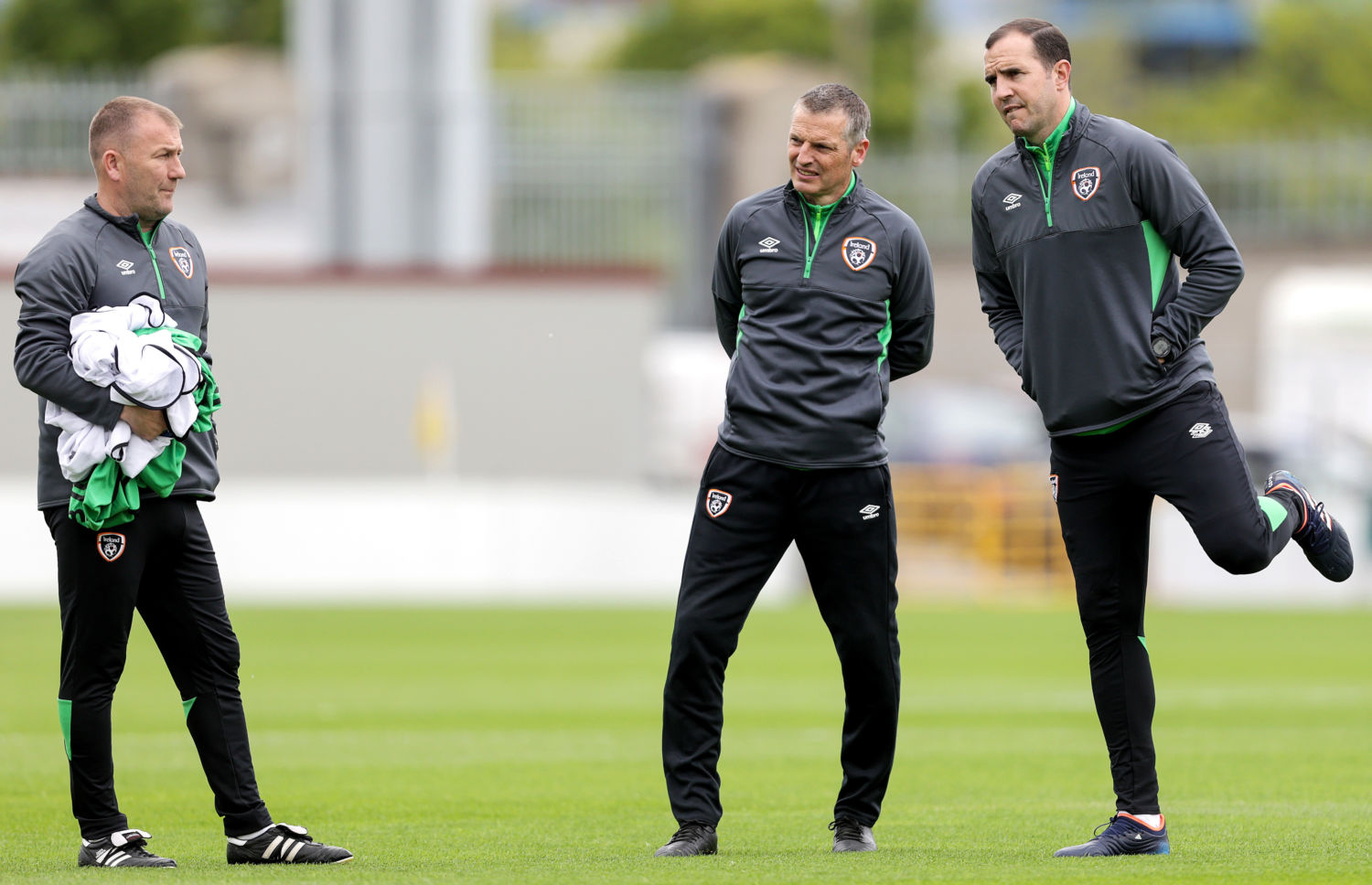 Republic of Ireland Under 21 manager Jim Crawford has spoken in glowing terms of the big Waterford connection in his squad ahead of the UEFA European Under 21 Championship playoff with Israel that will be played over the next week.
Ireland will go in search of qualification for the finals in the two-legged affair with Crawford’s side set to face the first-leg at Tallaght Stadium on this Friday evening, September 23, with a 7pm kick-off, before travelling to Tel Aviv for the crunch second-leg on the following Tuesday, September 27. 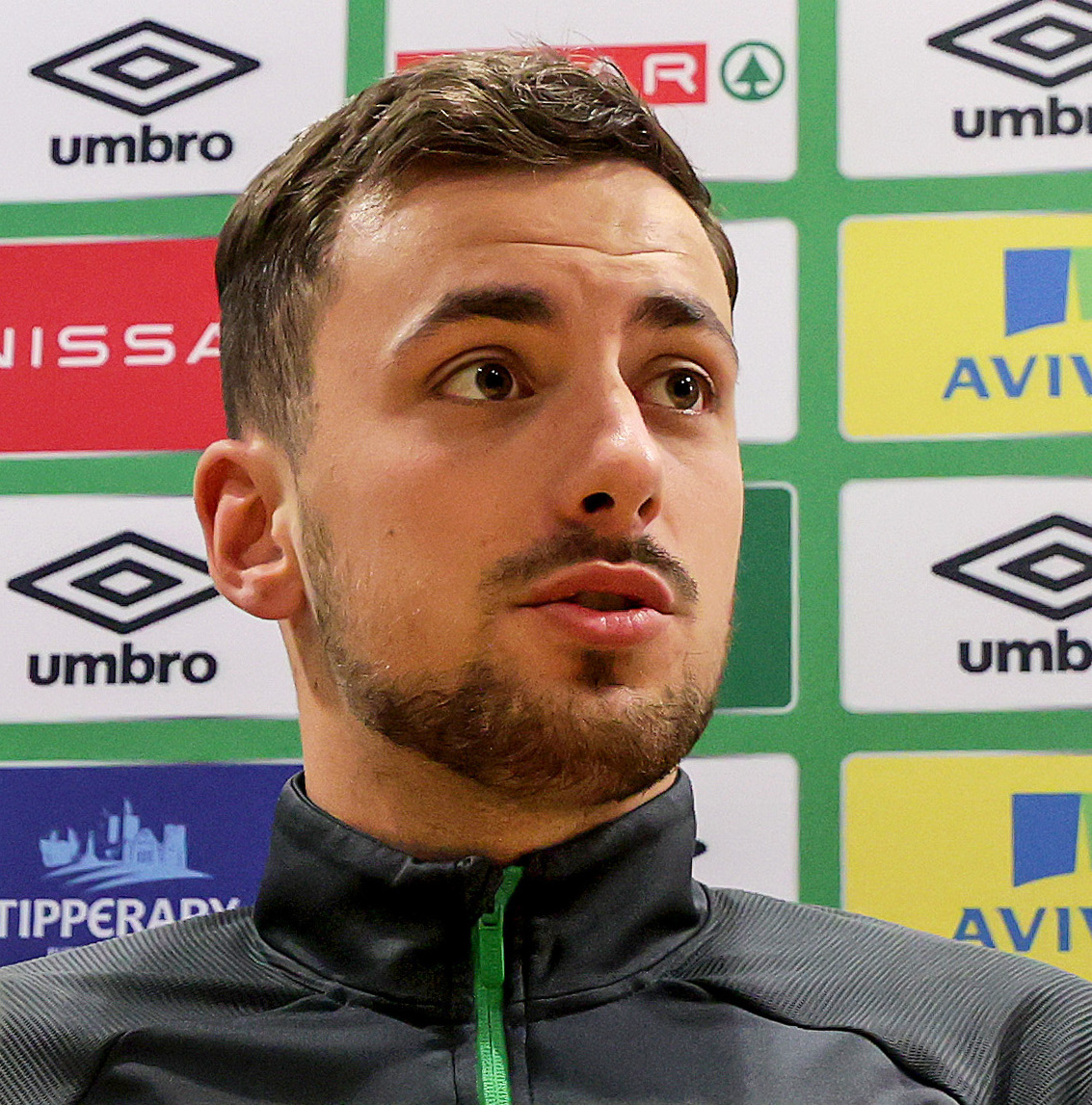 Speaking to the Waterford News & Star on the experience of Lee O’Connor (pictured above), Jim Crawford said: “l think that it’s fair to say that Lee has been on some journey in his football career obviously since his Schoolboy days with Villa. I think that he has somebody who has been always high profiled since he signed for Manchester United.
“I’ve looked at him since Under 15, and he has always been that player that jumped up age groups. When I was Under 18s Head Coach, he was a player that I tried to get in, but I remember Manchester United blocked it because it was their policy at that time.
“They were all about that he needed to stay with one age group and one age group only, which was something that I appreciated. The amount of games that he has played for Ireland, you can tell when he comes into the camp that he understands the process of International football.
“He is really a calming influence with some many people because of his natural character. He is laid back and he is a real help to the younger players that come in or the new players that come through the door into International football.
“When he moved to Celtic, I think that he stepped up his level of maturity because he had all different types of challenges when he moved to them. I think when he went on loan that’s when we saw the biggest jump in his character.
“He is now a young man since signing for Tranmere. You have conversations with him on the phone, and when you meet him in camp, he is certainly mature, with a great and balanced outlook when it comes to his football.
“There’s no doubt that he is part of our leadership group for that very reason. Yes his ability because he leads by example on the football pitch, but as well as that off the football pitch, he has been through a lot for someone so young. He has had so many challenges that he brings a lot to the table for the Under 21s. He will be a big player for us against Israel and in the build-up to the game.”

BIG NAMES AND EXPERIENCE
Also commenting on having Alan Reynolds and John O’Shea as part of his backroom staff, Crawford added: “I think first of all when you are a Head Coach of any team you have to surround yourself with experts, and there’s no doubt about it that both Alan and John fall into that category for many different reasons.
“Alan Reynolds is a man that managed at Waterford United at the time at a very young age, and when he moved to Shelbourne, I got to know him a lot more personally then. I think that his outlook on football is very good, and more importantly when he went back to Waterford, he won promotion.
“He did exceptionally well with Waterford in the Premier Division. I worked with him at close quarters when he had a limited budget at Waterford, and I thought that he was outstanding. When you work with someone up close and personal, you realise their abilities and what why they’re thinking. I think what he learned in difficult situations will stay with him for the rest of his coaching career.
“I’ve nothing but admiration for him. I mean that because it was difficult times with bad spells, but how he was able to come in and lift a group of players. A lot of those players have now gone onto big clubs in this league, and he has brought that level to our set up. I think it shows how much he has come as a coach.
“John O’Shea is someone that I’ve known a little while before he came into the Under 21. He is obviously a man with huge experience as a player and he has brought a lot of positive stuff to the group. I’ve got to know how humble he is, how focussed he is on his football, and how focussed he is on becoming a better coach.
“Since he has come in with the Under 21s, you get to see how he thinks of football. He has a real football brain, and his work ethic. He is open minded and always willing to learn. He brings so much to the group for a coaching perspective. Both lads are extremely knowledgeable and hard working. We’re looking forward to this challenge as a group, and hopefully we can qualify for the finals.”
Meanwhile, Waterford’s Stephen Molumby, now of West Brom, has been named in Stephen Kenny’s squad for Ireland’s upcoming Nations League games later this month against Scotland and Armenia.