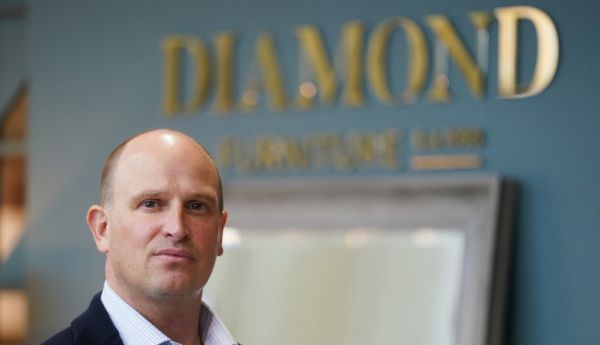 A small retail owner has said he is “furious” the Government has not introduced energy price caps to help businesses this winter.

Will Diamond, founder of Diamond Furniture, welcomed the energy measures unveiled in the vudget but warned they do not go far enough to address the soaring energy prices.

“The dog on the street knows they don’t go far enough. It’s a huge missed opportunity.”

Minister for Finance Paschal Donohoe announced a temporary business energy support scheme that will pay for 40 per cent of the increase in gas and electricity that businesses are facing.

“We welcome anything that’s given to us but it’s not enough and it just doesn’t go far enough,” Mr Diamond added.

Households will receive three €200 energy credits this winter to help with rising energy bills but the Government stopped short of introducing energy price caps like some other European countries.

“We’re absolutely furious with what’s happening at the moment with the energy market,” Mr Diamond said.

“The Government’s excuse is that this is writing a blank cheque for energy companies. That’s rubbish, absolute rubbish.”

Mr Diamond, who set up Diamond Furniture in 1998, employs 28 people full-time at its showrooms on the Long Mile Road in Dublin.

He said he is grappling with energy bills that have more than doubled since the start of the year.

The cost of fuel for the company’s four delivery trucks has more than tripled in the past 18 months.

But Mr Diamond remains worried about the “palpable sense of uncertainty” among consumers. He said it will continue to affect people’s confidence to spend money.

“It’s been like night and day since the first electricity bills and gas bills have started arriving in people’s doors in terms of footfall and people coming in the door,” he said.

“People are terrified. It is really simple. It is the uncertainty. They don’t know how much their bills will be.

“I think the Government have underestimated the damage that this is going to cause to the economy.”