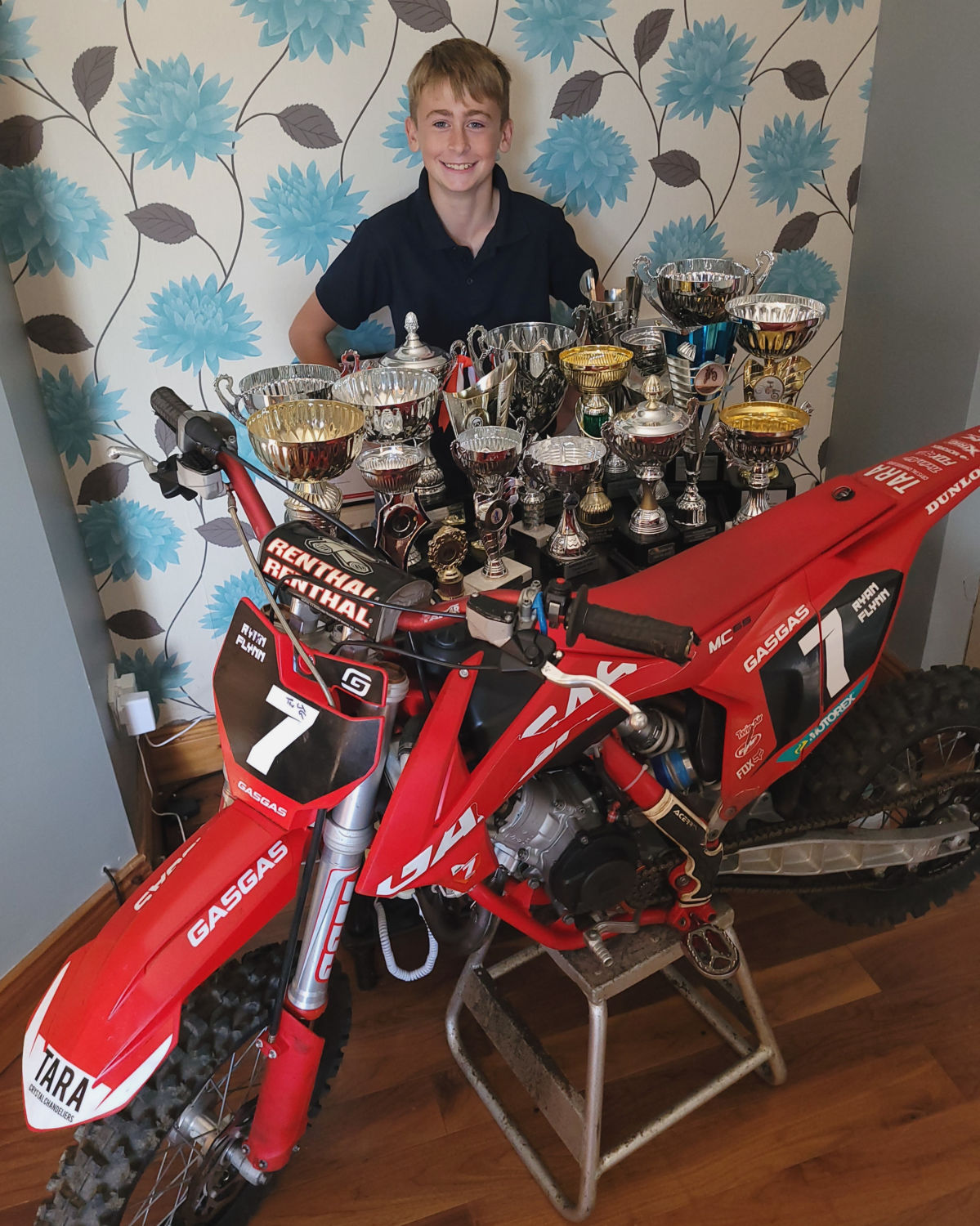 Dunhill’s Ryan Flynn will represent Ireland this weekend in Belgium.

A young Waterford MotoCross rider is set to represent Ireland at this year’s Coup de l’avenir in Belgium. He will be the first Waterford rider to take part in this famous event.
The “Coup de l’Avenir” is in its 50th year and brings together the top youth MotoCross riders from each European county and is the most prestigious international team event in the world youth MotoCross calendar.
Ryan Flynn, aged 11, from Dunhill has been selected to represent Ireland in Belgium this weekend, October 1 and 2.
Held annually in Belgium, its considered the Olympics of MotoCross. All previous winners and competitors whom have become World champions have been asked to return to attend this year’s 50th anniversary so Ryan is looking forward to meeting some of his heroes.
Each year every country from around Europe send their top three riders from three different categories 65cc, 85cc & under 21 youth 125-250cc class.
This year Ryan was selected due to his very successful season, winning many races and the Southern Youth Masters 65cc championship. Ryan also finished second in the very competitive Ulster youth 65cc championship and 4th in the Irish 65cc championship just missing out on third place by two points following a crash in the last round in Saul Co. Down in August.
However Ryan’s results throughout the year left the committee in no doubt he had earned his place on the team along with Martins Kalnins “Irish Champion” and James McCann “Ulster Champion” all three riders winning a 65cc championship this year.
Ryan has been racing MotoCross for five years and has won lots of races and championships, such as: 2018 50cc South Western MX Champion; 2019 50cc South Western MX Champion; 2021 65cc Southern Youth Masters Champion and 2022 65cc Southern Youth Masters Champion.
This will be a massive learning curve for Ryan and his first time racing outside Ireland but he says he’s really looking forward to it and he just wants to get over there.
Ryan is totally 100% dedicated to his sport, travelling endless miles and hours each week all year round to practice and to race. A big hinderance to Ryan is the lack of facilities available for Ryan and likeminded moto-x enthusiasts in the South East. The closest track for Ryan is a two hour journey to Cork. Ryan believes he has so much more potential if only there was a track in Waterford to train at. It’s not possible for him to train as much as he needs due to the lack of facilities in the South East in general. To be chosen to represent your country at 11 years of age in the sport that you love is a once in a lifetime opportunity and Ryan is committed to giving it his all for Ireland and his team mates in Belgium.
Best of luck Ryan.