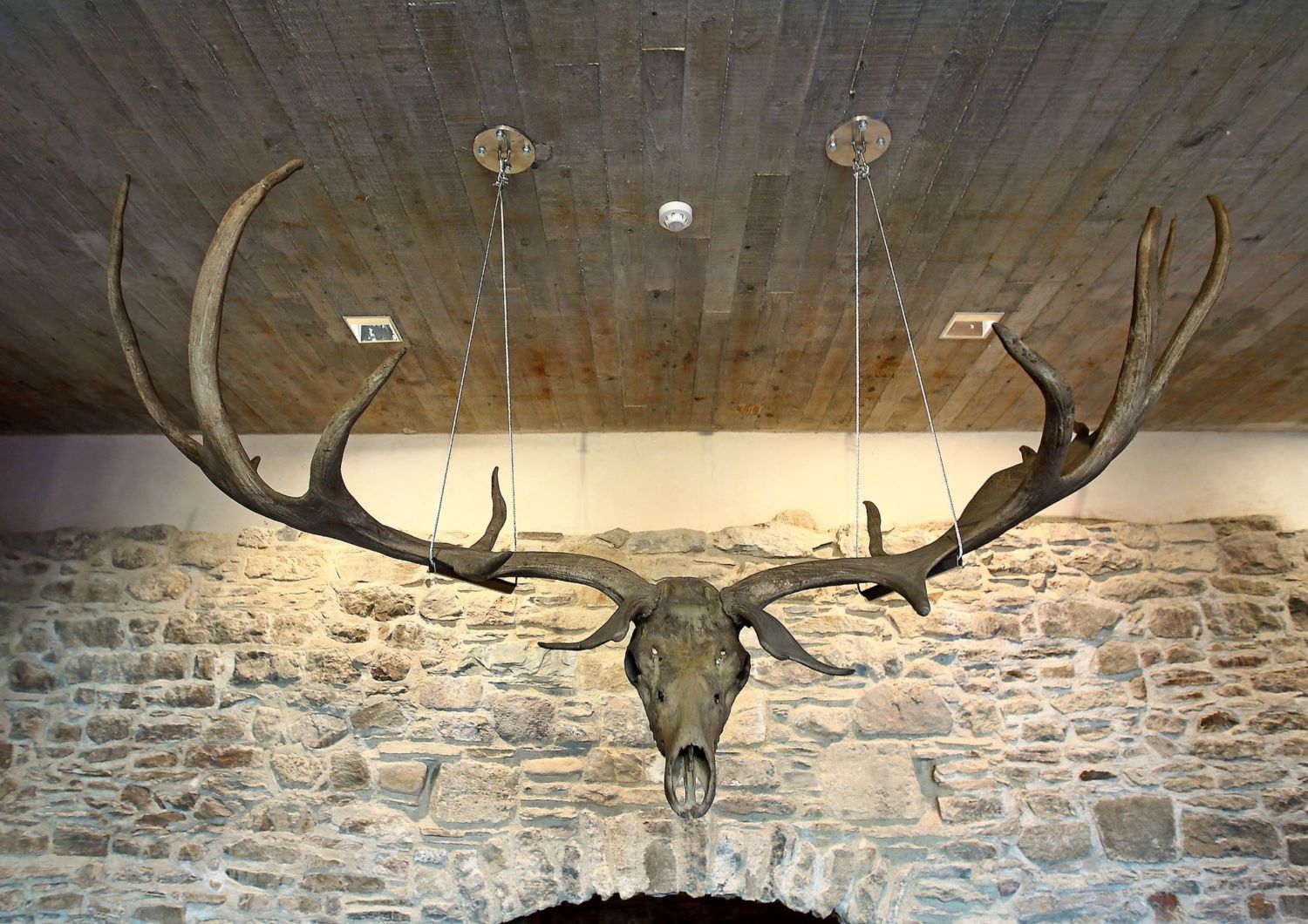 The giant deer antlers that are on loan from the Royal Dublin Society are pictured at the Waterford Treasures Medieval Museum.

WATERFORD Treasures Museum Collection has unveiled a set of antlers of a giant deer, dating back to c. 9700 BC.

The antlers are on loan from the Royal Dublin Society and are on display at the Waterford Treasures Medieval Museum.

Director of Waterford Treasures Museum Collection, Eamonn McEneaney was delighted to welcome the President of the RDS, Professor Owen Lewis, along with members of the society to Waterford.

“We are delighted to foster a new relationship with one of Ireland’s most distinguished societies and hope this leads to many more collaborations in the future.”

The magnificent animal flourished on the lime-rich grasslands and shrub cover of the limestone bedrock of Ireland, before the first humans arrived on our shores.

Large, male giant deer were as big as a horse, had small footprints, large antlers weighing about 40kg and a total body weight of about 700kg. As with modern deer, the antlers were shed and regrown each year, requiring a huge diet of nutrients. Giant deer became extinct in Ireland and western Europe because of climate change and habitat loss, but human hunting may also have been a factor.

The antlers were found in north County Wexford and presented to the Royal Dublin Society (RDS) in 1943 by Colonel Richard Percival Wemyss Quin of Borleagh House, Gorey, Co. Wexford. During the seventeenth and eighteenth centuries these antlers became a potent status symbol on display in manor houses across the country when the first sets were pulled from Ireland’s bogs by intrepid amateur archaeologists.

The RDS holds a private collection of artworks and objects, most of which reflect its interests and activities over the course of its 300-year history.

In the interest of facilitating greater public access to its collection, the RDS is delighted to loan these giant deer antlers to Waterford Treasures Museum Collection.

The Medieval Museum in Waterford is delighted to now have two sets of these superb antlers on display to help bring knowledge of this now extinct animal to thousands of visitors every year. For details and to plan your visit see www.waterfordtreasures.com/