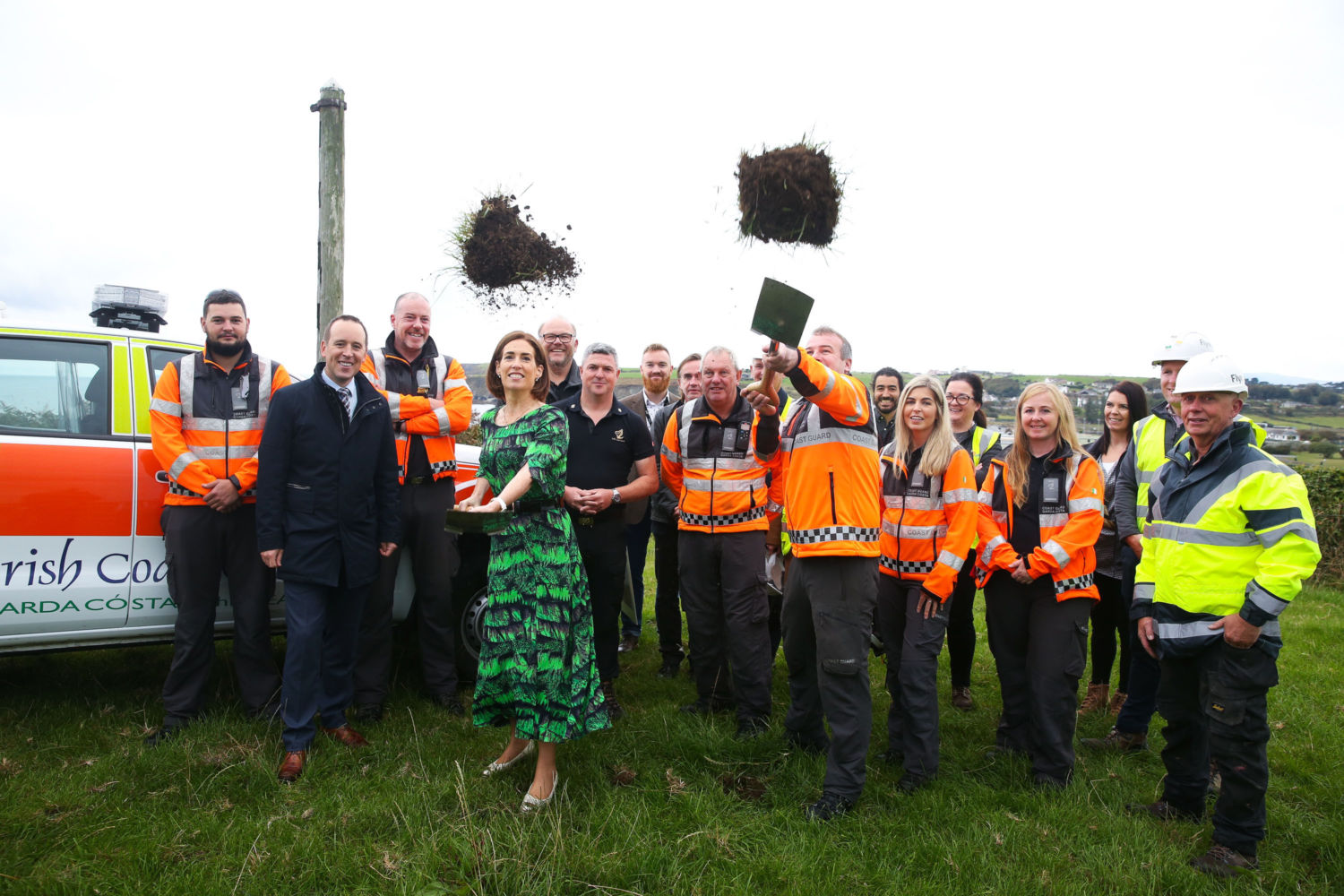 THE skies were grey yet Wednesday morning last was as benign as one could hope for in Bonmahon as the ceremonial sod was turned for the village’s new Coast Guard Station, with construction due to commence this week.

The €5.3 million facility is to be built on a site literally up the lane from the existing station and will provide the local unit with enhanced storage and training capabilities.

“The Bonmahon Coast Guard unit is a key resource for the Irish Coast Guard in delivering its search and rescue mission in the Waterford area,” said Minister Naughton.

“The unit has shoreline and cliff rescue capabilities and works closely with its flank units at Ardmore and Tramore. The team here has responded to many search and cliff rescue emergencies down through the years, both maritime and inland, in rural communities and in the larger townlands of Tramore and Dungarvan…Today is a special day for our volunteers, the Irish Coast Guard and those enjoying Waterford’s beautiful coastline in the many years ahead.

The new station will provide for vehicle storage, shower, WC and changing facilities, an operations/training room, along with kitchen and office space.

Acknowledging the well-publicised difficulties that the Coast Guard has experienced both locally and nationally in recent years, Minister Naughton stressed that her “door is open” to all.

She stated: “What I have done with CUAG (the Coastal Unit Advisory Group), the group which represents our volunteers across the country, is update the terms of reference; I’ve worked directly with CUAG and officials in my Department to make sure that they have the processes, the powers and the function that they need in order to represent volunteers right across the country, where there are issues that may arise around equipment or grievances (and) processes.”

Minister Naughton continued: “And I have told CUAG and the volunteers, and I am visiting the Coast Guard Units right across the country…and the message to all the volunteers that I am giving right across the country is that my door is open: if there are issues there, they are to be brought through the CUAG process where I and my officials have worked closely with CUAG in relation to what they need in order to represent volunteers when issues arise because what we have is a real professional, dedicated volunteer staff, right across the country. And we want to ensure that where there are issues that they are heard and that they are represented and that’s why we’ve worked very closely with CUAG around changing the terms of reference and changing them  – and I think we’ll be reviewing this constantly and if something is not working I have said to them that my door is open.”

Brian Fleming, the Bonmahon Coast Guard Unit’s Officer in Charge, said the project will provide the service with an incredibly welcome upgrade.

“We’re delighted to have got to this stage; it really is a massive development for us and a huge investment for the community. More importantly, it’s a huge show of support and acknowledgment for the work of our (17-strong) volunteers who, when this building is in place, will be able to come back to a building at night and get the gear ready for when it’ll next be used.”

Mr Fleming added: “Cleaning up the gear and having somewhere safe to do it is going to be a huge plus for all of us. We’re a 100-metre climbing team which means we’d have 800 metres of rope. When we’re out on a wet night, using 800 metres of rope, you have to get that cleaned that same night. So we’ve got to bring home the ropes, run them up and down our halls or elsewhere to try and get them dry. We’re bringing home harnesses, washing them and hanging them up. That’s all going to change now and it’s going to keep the vehicles drier as well as we’ll have them stored indoors too, with our radios and lights charging too. On a stormy night, it’s also going to be brilliant to have a facility where we can train inside and away from the elements, and it’s going to allow us to train in a way that we simply haven’t been able to do up to now. It’s a huge step forward for us and for the community.”

Meanwhile, Waterford City & County Council has granted planning permission for the construction of an 18-metre tall communications lattice tower mast which will be exclusively used for the Bonmahon Coast Guard using only VHF frequencies. 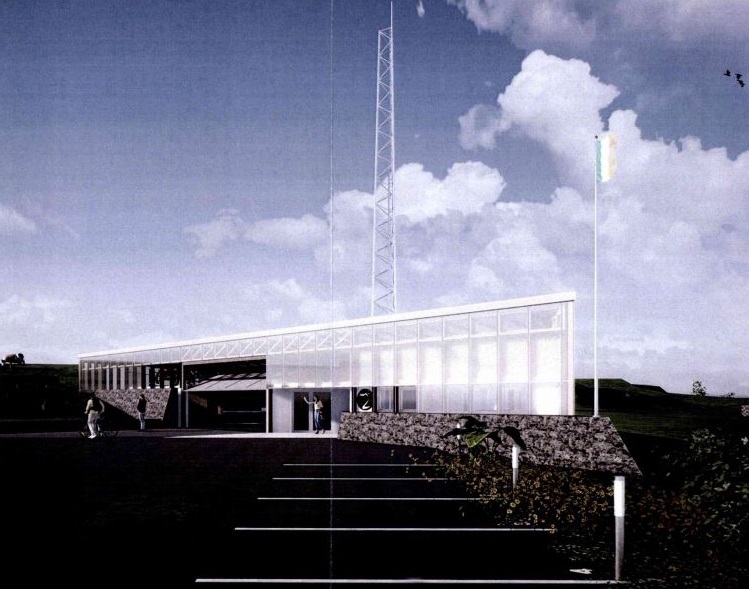 A drawing of how the new Bonmahon Station will look upon completion of the 12-month construction project.