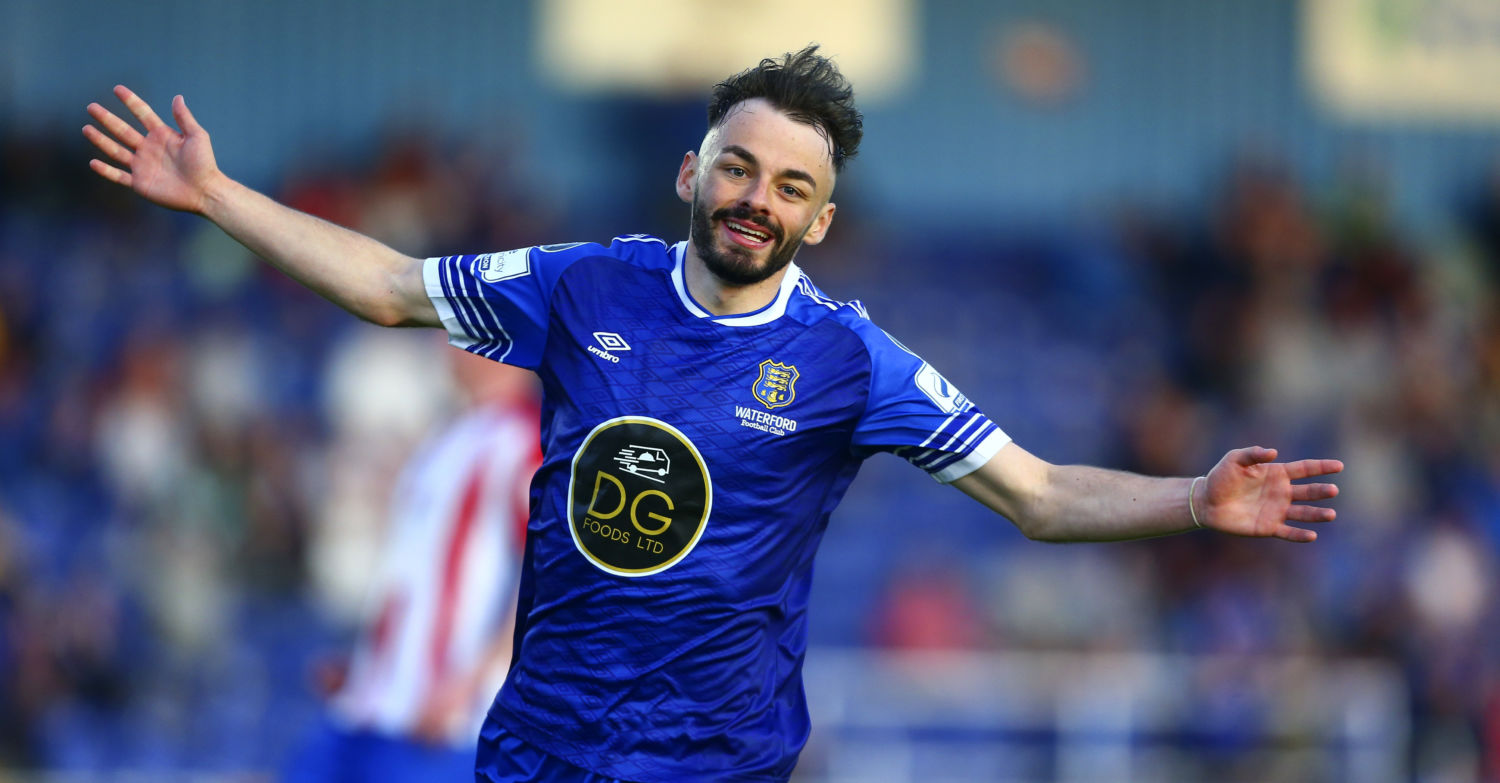 Waterford FC midfielder Shane Griffin (pictured above), who notched his fifth league goal of the season with the third in Sunday’s 3-0 win over Bray Wanderers, is adamant that the team must remain professional between now and the end of the season in order to reach new heights.
Speaking after the game, the Waterford native said: “I thought that it was massive for us to come here and follow on from the cup result last week. It’s important that we continue with a winning momentum between now and the end of the season.
“Not just for the cup semi-final against Shelbourne, but for the rest of the season as well. We are focussed as people know on the playoffs, but it’s important that we continue to win football matches like today. I thought that it was a professional performance from us.
“We knew that we couldn’t take Bray for granted because they had a good result recently against Galway so in that regard, we couldn’t take them for granted so yeah it’s a very good three points for us that will set us up in good stead for the next couple of weeks.
“I think coming here today that it was all about been professional. You can’t get too high or too low for those lows, but for me the most important thing was is that we came here today and we’re going back home with the three points.”

AIMING TO SCORE
“I think that something that I’m trying to add to my game is more goals, and luckily enough they are going in the back of the net for me now. I think that we just have to set hard work as our base and the other stuff comes with it. Luckily enough we’re scoring goals with all the running we’re doing.
“We’re working hard and we’re doing a lot of running so it’s good. I love playing with Niall in the middle of the field, and I’m sure he’d say the same thing about me, but it’s easy enough for us when you’ve got who’ve got up field. We enjoy it, and it’s good at the minute.
“I think that every game between now and the end of the season is a cup final for us. Of course look everyone is just looking forward to the Shelbourne cup semi-final on October 16, but we know that Cobh next Friday and Longford on the Monday are massive games as well. We’ll approach every game the same because we want to win every game so long may it continue.”