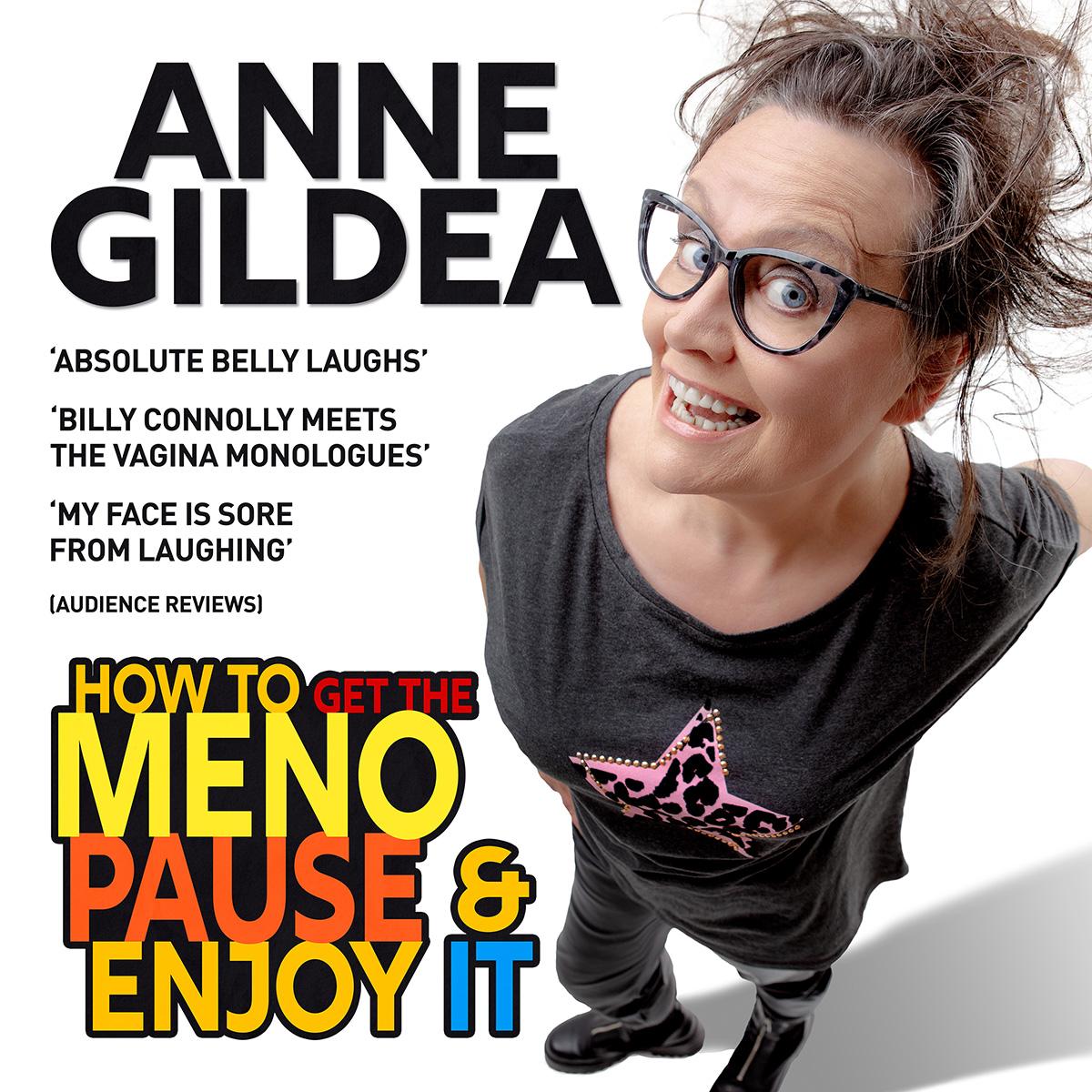 Theatre Royal: ‘How to catch the Menopause & enjoy it’

ANNE Gildea doesn’t suffer fools gladly and her audience just love her. She’s got a lot on her mind and she wants to vent. “Are there any men in the audience?” says she – all innocent like – and just like that, Marco from Berlin, Pat from Waterford (I’m outed by a bank of Kilkenny lassies in front of me) and the silent one are in the unwanted limelight. Thankfully, poor old Marco bears the brunt of it although I’m referenced throughout.

To be fair, the target audience is female and the sisterhood respond in unison to the questions and the comments. “Hands up anyone here who’s kinda menopausal?” and then goes in search of victims. “Did you ever feel you were losing it… the memory… and the brainfog… like?” she interrogates; lots of “mmms” echo around the house… “Or on fire?” asks the lady from Tubercurry, who declares that she could fry eggs on her chest. Guffaws and yesssses and silent nods bop around the stalls as Gildea goes in search of the killer blows.

“Do you ever get that feeling that you’re invisible… that people don’t actually see you anymore… family, shop assistants and doctors?” and sympathy floods towards the comic that has learned her trade as part of “The Nualas”.

Anne doesn’t have much sympathy for the snowflakers that complain about being objectified. “Jesus,” she declares, “I’d feckin’ love to be objectified… with builders in barely-fitting hipster-jeans whistling after me and shouting ‘show us your wobbly bits’” and the house  is only rockin’.

“It’s all about Estrogen, you know,” and in case you didn’t, she goes on to explain it. At length and in great detail because she’s done all the research. Anne’s attitude to the hormonal changes that come with menopause comes with the wisdom of the woman who’s been there. And suffered. And made lots of mistakes because she’s been listening to the wrong advice on treatments such as HRT.

Gildea charts the gradual demolition of the wall of silence that descended on conservative Ireland on matters in relation to sex, reproduction and the female body. Her description of the unfortunate nun – nicknamed Sister Shush – who supplied her young charges with towels when they were caught unawares was hilarious. As were a variety of products such as anti-menopause magnets that were fitted to big-girl Aldi pants that had customers shopping trolleys chasing her around those fascinating middle-aisles.

She’s not too hot on doctors, either – particularly young wans who are only dying to advise on accepting the menopause as a feature of growing old. Grrrrrrrr! And she’s up-and-running on the grind in medicine she imparts to the innocent young medic. And as for the feckin’ French doctor – the French physician Charles-Pierre-Louis de Gardanne in 1821 –  that came up with the term menopause … “well, what was wrong with womanopause?” says she, and the audience roar back their agreement.

Passion is on the back-burner for 56-year-old Anne now. Her hubby sought some old-style wooing on Valentine’s with a candlelight dinner. When he leaned in with some sweet entre-nous proposals for later on, a lock of his hair caught fire and Anne burned her chin! “And who said candlelight dinners were romantic?” demanded the chin-singed comic, before obliging with the good news that lover-boy was in the booboos by the time she hit the sack.

The sisterhood loved it and, although I wasn’t the target audience for this show, I enjoyed it none the less. Some of the stuff went over my head and, maybe, I was better off. However, I certainly left a more enlightened man than I entered.