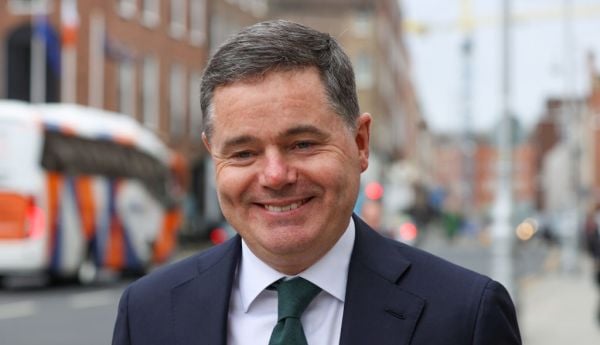 Minister for Finance Paschal Donohoe has said that if further measures are needed next year to help people struggling to pay surging energy bills, the country’s expected surplus or a windfall tax will be used to fund those measures.

The minister was speaking on Tuesday evening after he and Minister for Public Expenditure Michael McGrath officially unveiled Budget 2023 in the Dáil.

The Government’s €11 billion budget package comprises €6.9 billion in budgetary measures for next year, as well as a €4.1 billion package of one-off measures to help tackle the rising cost of living for individuals, families and households.

In what is one of the State’s most significant budgets in years, the pressure has been on the coalition Government to get the balance right as bills for energy, fuel, groceries and housing soar.

Among the major cost-of-living measures announced were three energy credits worth €200 each; a €500 tax credit for renters for both this year and next, and double social welfare payments to be paid in October.

All social welfare payments will also go up by €12.

Lump sums of €500, €400, and €200 will be paid in November to those in receipt of the Working Family Payment, the Fuel Allowance and the Living Alone Allowance respectively.

A double payment of the €140 child benefit will also be issued in November. Childcare fees will also decrease by 25 per cent for centres registered under the National Childcare Scheme.

As part of further one-off measures, third-level student contribution fees will be cut by €1,000, and a double monthly payment will be made to those who receive the third-level Susi grant.

“If you are an older person, you are having to spend more of your pension on heating your home; if you are looking after a family, you are facing higher grocery bills; if you are running a small business, you are trying to cope with increases in the cost of energy,” he said.

“This is why, Budget 2023, presented by Minister McGrath and I today, is and must be a cost-of-living budget, focused on helping individuals, families and businesses to deal with rising prices.”

Sinn Féin criticised the budget as falling short of what was required, with its finance spokesperson Pearse Doherty arguing that more should have been done to help the squeezed middle and those earning €35,000 or less.

He said: “It is clear that the Government doesn’t understand the scale of the cost-of-living crisis that households face this winter with the package announced today that fails to provide the certainty and adequate help to help workers and families.

“For many, the hopes that they had for this budget have been disappointed today.”

Responding to the argument that measures had not been targeted enough, Mr McGrath said on Tuesday evening: “If you don’t have some broader measures, then the question is where do you draw the line?

“And I think we should never really make assumptions about people’s underlying financial health in that somebody may have a decent headline income but face large mortgage bills, or high rental payments of kids going to college, of health expenses.

“So I think we did feel the need to spread the benefit and have some universal elements. It’s a question of judgment, and people will form their own view as to whether or not they think we got that balance right.”

Mr Donohoe also announced an income tax package worth €1.1 billion, saying one of his core objectives for this Budget is to “ensure that workers do not find themselves in a position where they pay more income tax solely because of inflation”.

A Vacant Homes Tax was also being introduced to “increase the supply of homes for rent or purchase to meet demand”, amid Ireland’s ongoing housing crisis, and will apply to residential properties occupied for less than 30 days in 12 months.

A number of measures were also announced to help businesses keep the lights on during this cost-of-living crisis, including a Temporary Business Energy Support Scheme (TBESS).

The scheme will compare the average unit price of bills in 2022 with those in 2021,and if it is more than 50 per cent, the business will be eligible for support worth 40 per cent of their increased bill.

There will be a monthly cap of €10,000 and an overall cap on the total amount a business can claim.

Speaking on Tuesday evening, Mr Donohoe said that many of the measures outlined today “go all the way up until March of next year and beyond”.

But he said that if further measures to tackle inflation were needed, “the first port of call for that will be the surplus we still believe we will have. We would use that to fund measures.

“The second port of call will be either our participation in the EU-wide energy tax measure that may come in, and if that tax measure is not forthcoming, the government has committed today to bring forward our own domestic tax raising measures on the energy sector.

“They will be the first two lines of defence were we need to add to what we have done in 2023.”