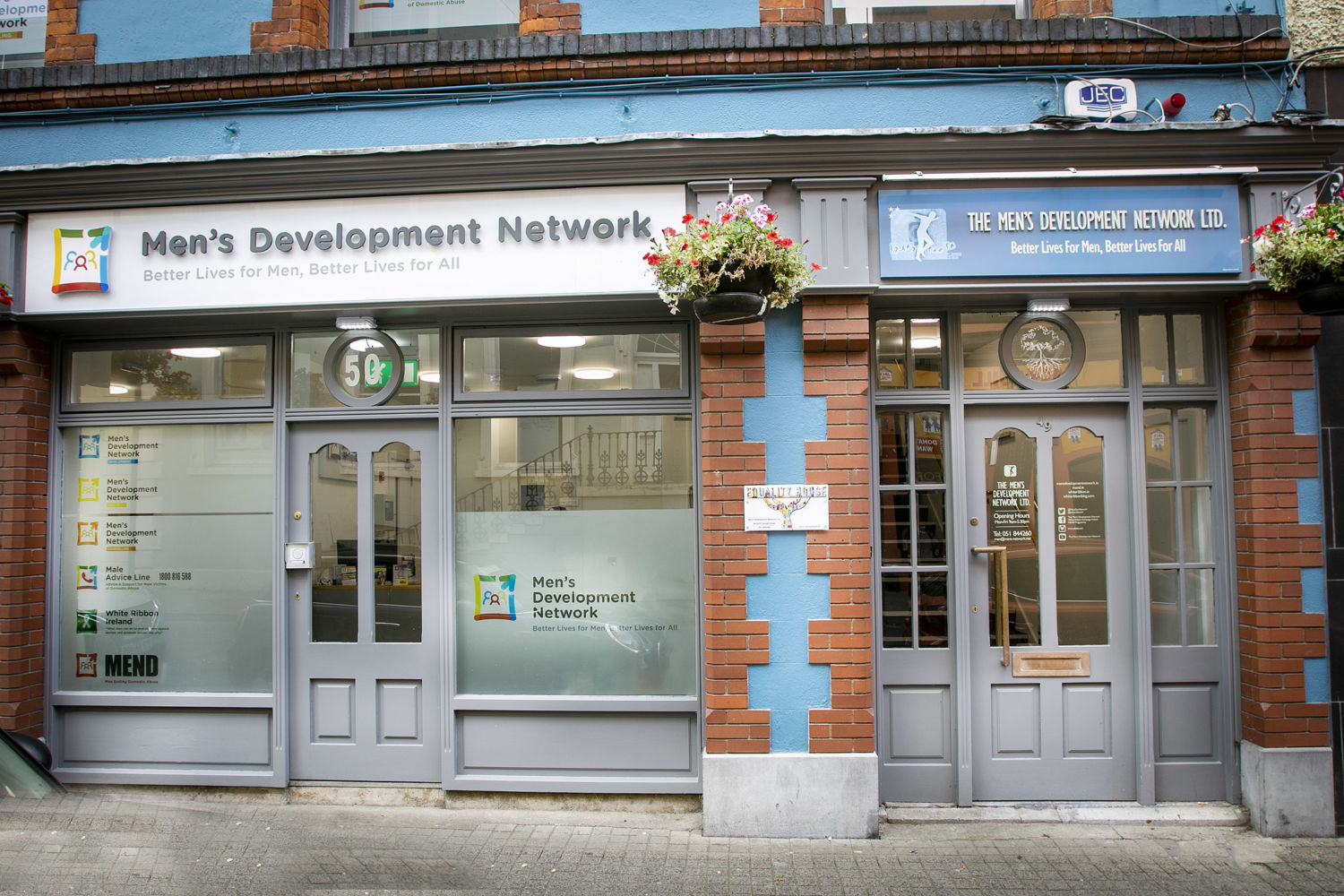 WHEN the South East Men’s Network was founded in 1997, the modern Ireland of today was starting to emerge.

The law providing for divorce came into effect, Bertie Ahern became Taoiseach, Mary McAleese was elected President while Noel Browne, the Waterford-born Minister for Health in the first inter-party government, died that May.

The South East Men’s Network, which rebranded as the Men’s Development Network (MDN) in 1999, was established by men working in the social care field who realised that there were no regionally-based initiatives for men in terms of personal development.

“The ideals that brought about the foundation of our organisation 25 years ago, remain fundamental to our mission and strategic objectives,” said MDN Chief Executive Seán Cooke. “We are committed to campaigning for social change and to help create the conditions that enable men to be their most authentic selves and to stand as allies of women in achieving gender equality.”

With this in mind, the acquisition (in 2020) and refurbishment of its premises at 49/50 O’Connell Street, now renamed Equality House was a welcome development and a celebratory project to mark MDN’s 25th anniversary.

Its official opening took place on Friday, September 9 with Minister of State Mary Butler (FF) on hand to unveil the building’s new title.

“Reaching peak and full-time staffing levels, this was a timely move,” said Seán. “All concerned are delighted with the modern, functional spaces created to facilitate in-house meetings and client engagements in a user-friendly environment. And the refurbishment means that we bow also have top quality rental space available with the building, just a few minutes’ walk from the city centre.”

As a title, Equality House was derived from an MDN staff meeting where, according to Colm Kelly Ryan (Head of Programmes and Advocacy): “We were trying to come up with the most appropriate name for the work that we do and to reflect that work every single day.”

Speaking at the official opening, during which she also launched MDN’s Annual Report for 2021 at the event, Minister Butler praised the “immense work” the network has committed to since Seán Cooke’s appointment as Chief Executive.

“From a woman’s perspective, how true that is. And through the various programmes you undertake for a number of Government departments and the HSE, your commitment to this agenda could not be clearer.”

In his foreword to the 2021 Annual Report, MDN Chair Noel Synnott wrote: “The purchase and refurbishment of the building we had been renting in Waterford City will give MDN and (its) staff stability and a sound footing to confidently commit to future developments and workplans. The enhancement of our staffing complement and collective skillset has improved our ability to deliver current programmes and other prospective undertakings. New staff were recruited to cater for programme management, communications and administrative functions, elevating our productivity to a new level.”

MDN runs a range of centrally funded projects including the MEND Domestic Violence Intervention Programme, the national Male Advice Line for men experiencing domestic abuse (1800-816-588) and a range of other health and wellbeing initiatives.

Minister Butler said that MDN’s initial work had identified and addressed “those areas of health and social services where men’s needs were not being met. Since then, the network has grown to become a key partner in the development of the first National Men’s Health Policy and subsequently the National Men’s Health Action Plan. A range of vitally important programmes and services are now delivered nationally under the auspices of this network.” 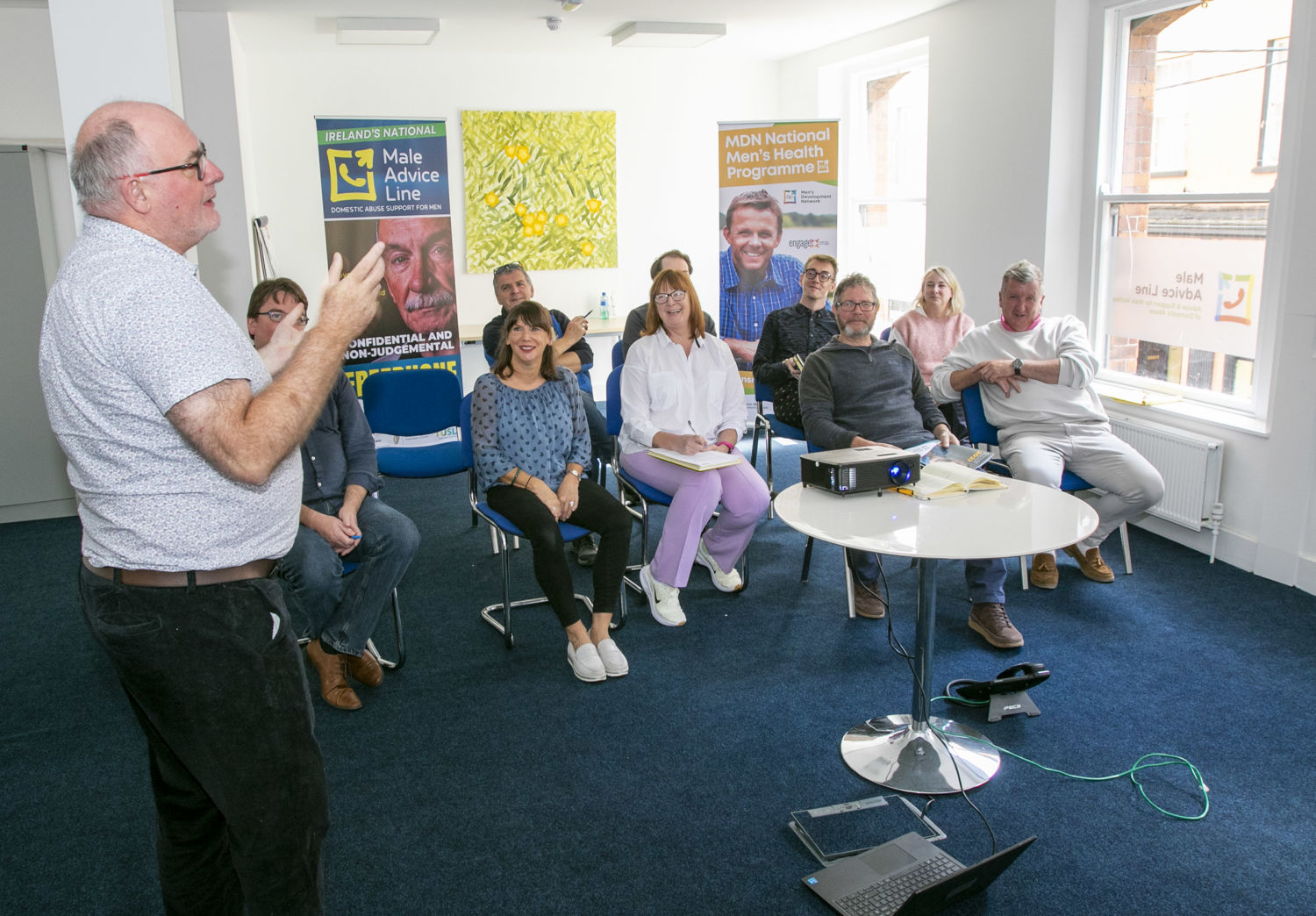 One of the larger meeting/training rooms available at the Men’s Development Network.

The official opening also saw MDN honour those who had made a significant contribution to the development and growth of the organisation since 1997.

This involved the presentation of LEAF (Leadership, Equality Advocacy and Friendship) acknowledgements whose names were added to a ceremonial ‘Tribute Tree’ displayed on the street itself during the ceremony.

Of Mr Whelan, Noel Synnott said that “his guidance had a significant impact on the future of the organisation…creating the conditions for the significant growth we have achieved today”.

Addressing the gathering, a grateful Alan O’Neill said he was delighted that both John O’Rourke and Noel Whelan had been publicly acknowledged in the presence of members from both families.

MDN had committed to developing a sense of community within its staff, as noted by Admin Support Officer Joe English.

“At MDN, it doesn’t feel like a team but more like a family where you can call anyone here for help or to lend their expertise in completing a task,” said Joe. “The work we do is fulfilling in knowing that we are supporting so many good causes – promoting gender equality, creating a space for men to be themselves and to be seen and heard, improving their wellbeing and mental health – and with scope for so much more.”

In his 2021 Annual Report statement, Seán Cooke said that reaching this stage of development “has been a process of continuous improvement and collective vision”. That commitment to further in-house improvement will, no doubt, form a cornerstone of MDN’s next 25 years. 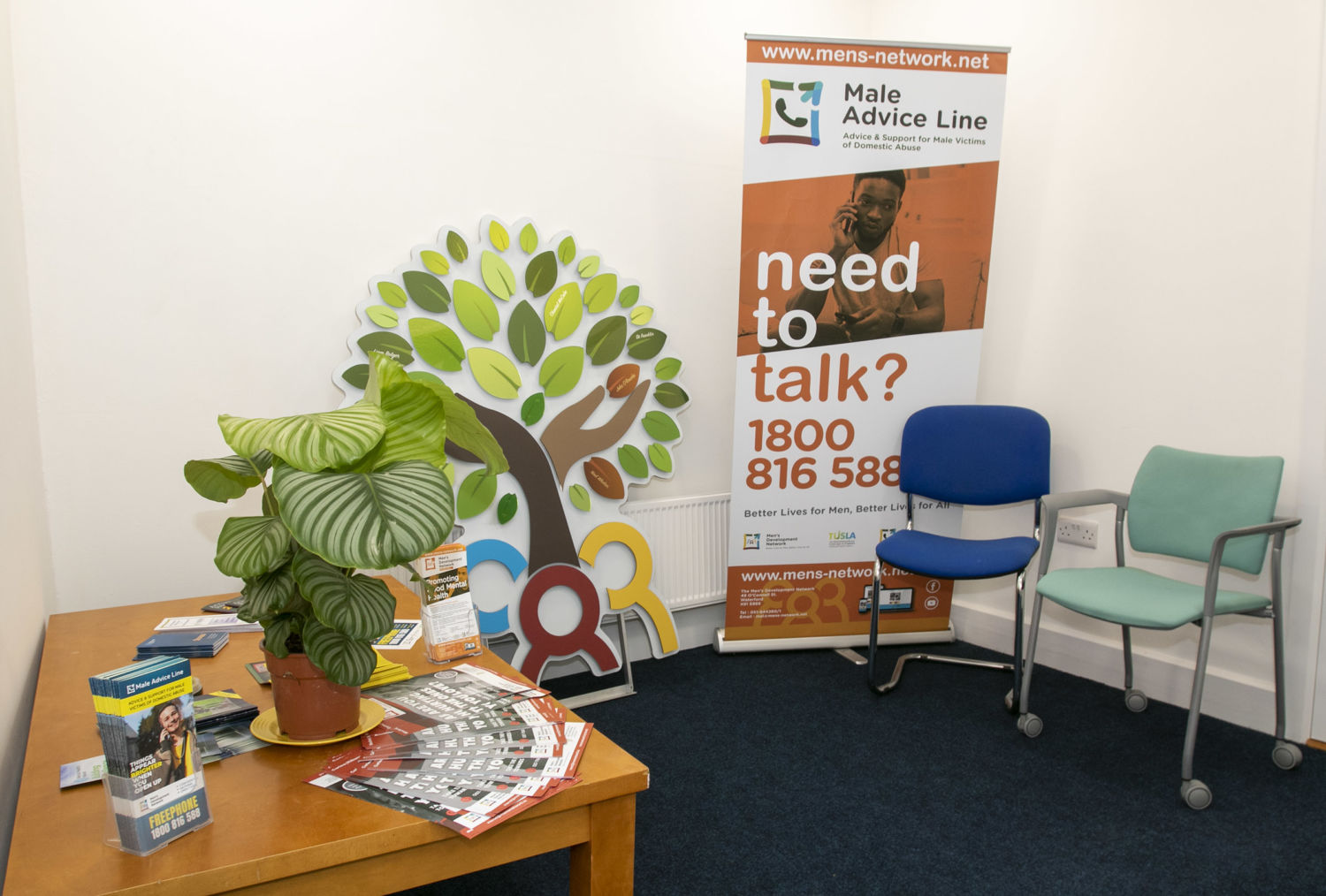 The waiting area at the Men’s Development Network. 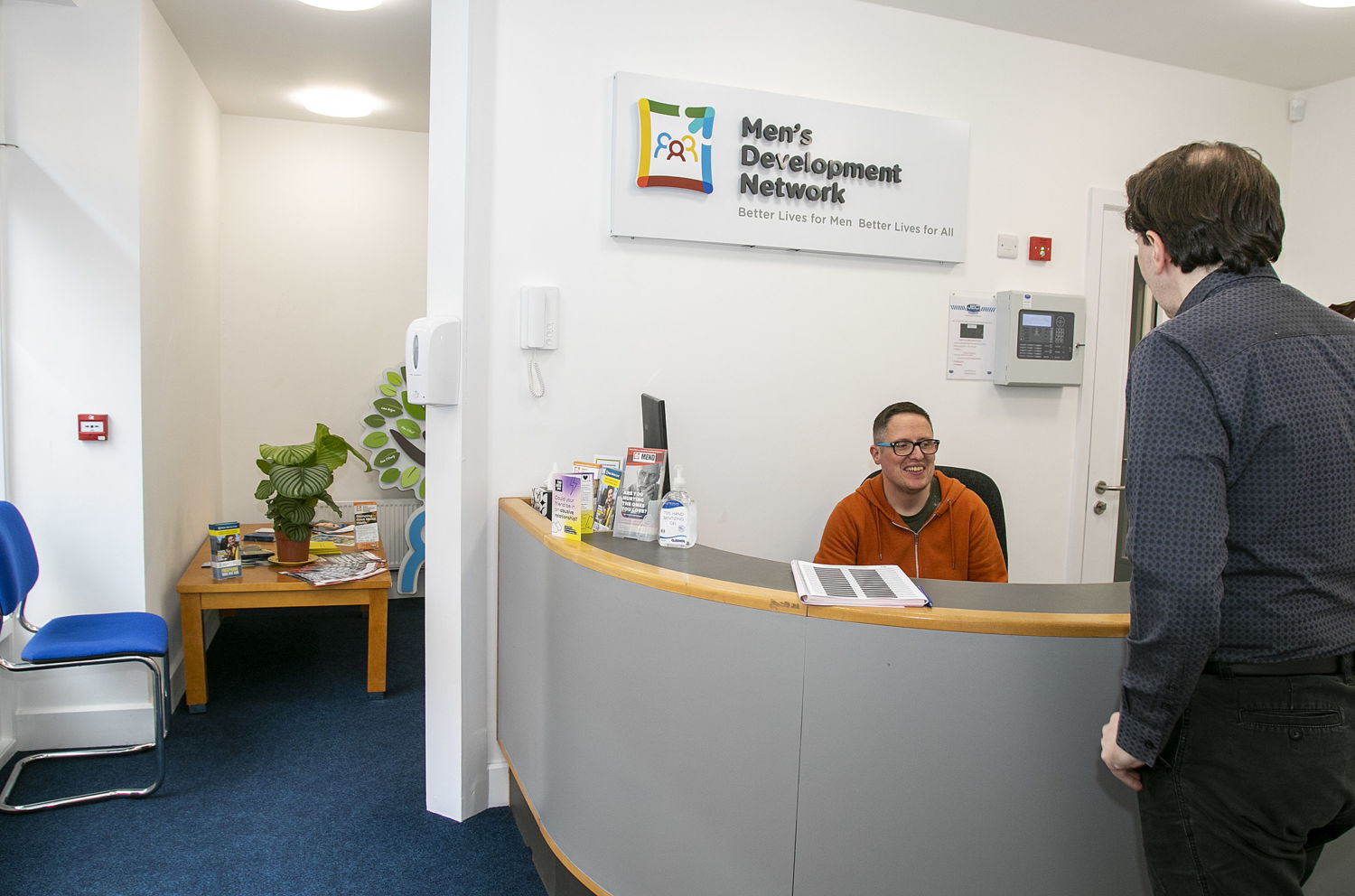 The refurbished reception area at the Men’s Development Network on O’Connell Street.