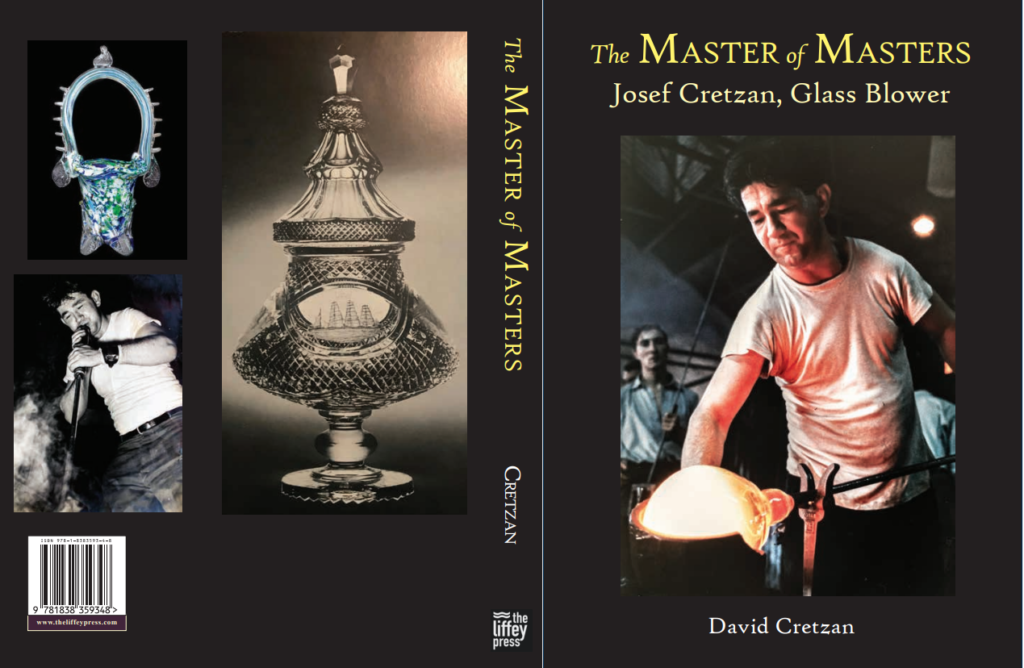 A NEW book, dedicated to the life of Josef Cretzan, former Master Blower at Waterford Glass has been written by his son, David Cretzan.

It tells the story of Josef’s life, from his birth in Outns Romania – where he began blowing glass at the age of ten – to his journeys across Europe and his conscription into the German Army to fight in World War II. He was sent to fight as an infantryman on the Eastern Front with Russia, then served in Rommel’s Afrika Korps in Tobruk before fighting in the legendary Battle of Monte Cassino. He was wounded on three occasions and was awarded the Iron Cross for distinguished service.

In 1951, an advertisement in a German Newspaper brought Josef to the newly established Waterford Glass Factory, where he would stay, mastering his craft for the next four decades. The book contains all the original Waterford Glass letters from 1950 to Josef in Germany enticing him to come to Waterford to blow glass, as well as interviews with the first group of Irish apprentice glassblowers who stated in the factory from 1950.

They recall their experiences of working with Joe Cretzan and the influence he had on them directly as well as that of glassmaking in Waterford Glass.

The book also contains photographs of pieces made by Joe Cretzan, including the Romanoff Chandelier, Westminster chandeliers, Ronnie Delaney Flame of Faith Presentation Trophy and the Kennedy commemorative Cup which was presented to John F Kennedy on his visit to New Ross in 1963.

David Cretzan would follow in his father’s footsteps blowing glass in Waterford Crystal from 1985 to 2005.

His book, ‘The Master of Masters’ will be launched by Romanian Ambassador to Ireland Laurenţiu-Mihai Ştefan and Metropolitan Mayor of Waterford City & County Council, Jason Murphy on Thursday, September 29 at 6:30pm in the Garden Room of the Medieval Museum.