Little to play for in third round of group ties

This coming weekend will see the third round of Group games in the J. J. Kavanagh Senior Football Championships and with the quarter final places already secured by the four top seeds there is little to be decided by the four games other than to provide pointers as to who might be involved in the relegation playoffs. Double headers will take place on Saturday and Sunday respectively in Walsh Park and Fraher Field. 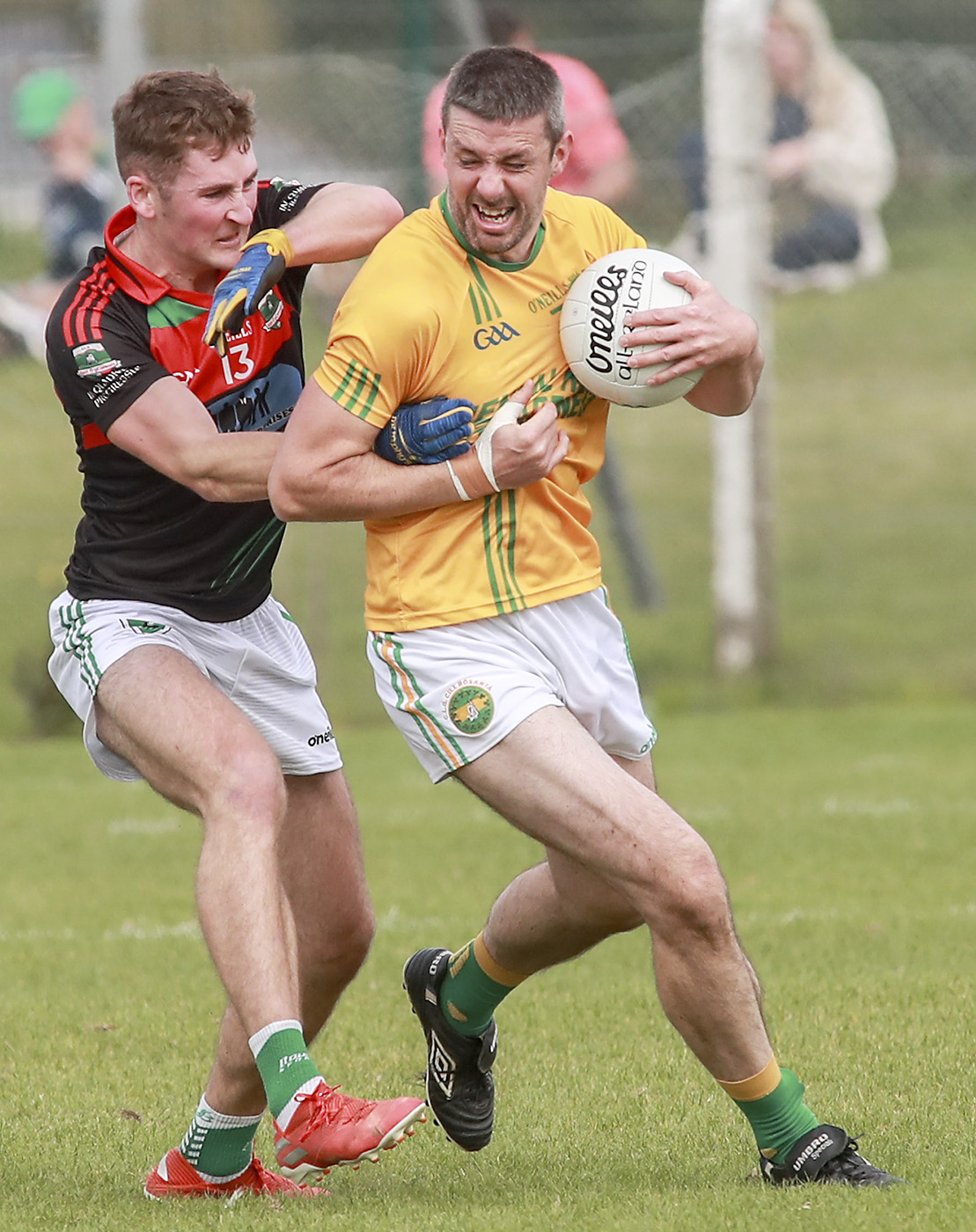 Kilrossanty’s Mark Prendergast is tackled by Rathgormack’s James Power during round one of the JJ. Kavanagh & Sons Co. SFC. Kilrossanty take on St. Saviours this weekend. Photo: Sean Byrne.

Based on the performances of both teams against Rathgormack Kilrossanty must be fancied to come through here against a Saviours side that looked completely out of their depth in Walsh Park on Saturday last. While Kilrossanty never looked like beating their northern neighbours they did make them work for their victory and they looked like a cut above some of their likely opponents in the preliminary knockout series of games. With the experienced Prendergasts, Mark, Stephen and Tommy backed up by outstanding youngsters such as the Fitzgeralds Padraig, Seamus, Donie and Alan Dunwoody Kilrossanty should have too much in hand for a Saviours side banking heavily on the outstanding Darragh Corcoran to keep them in the game. 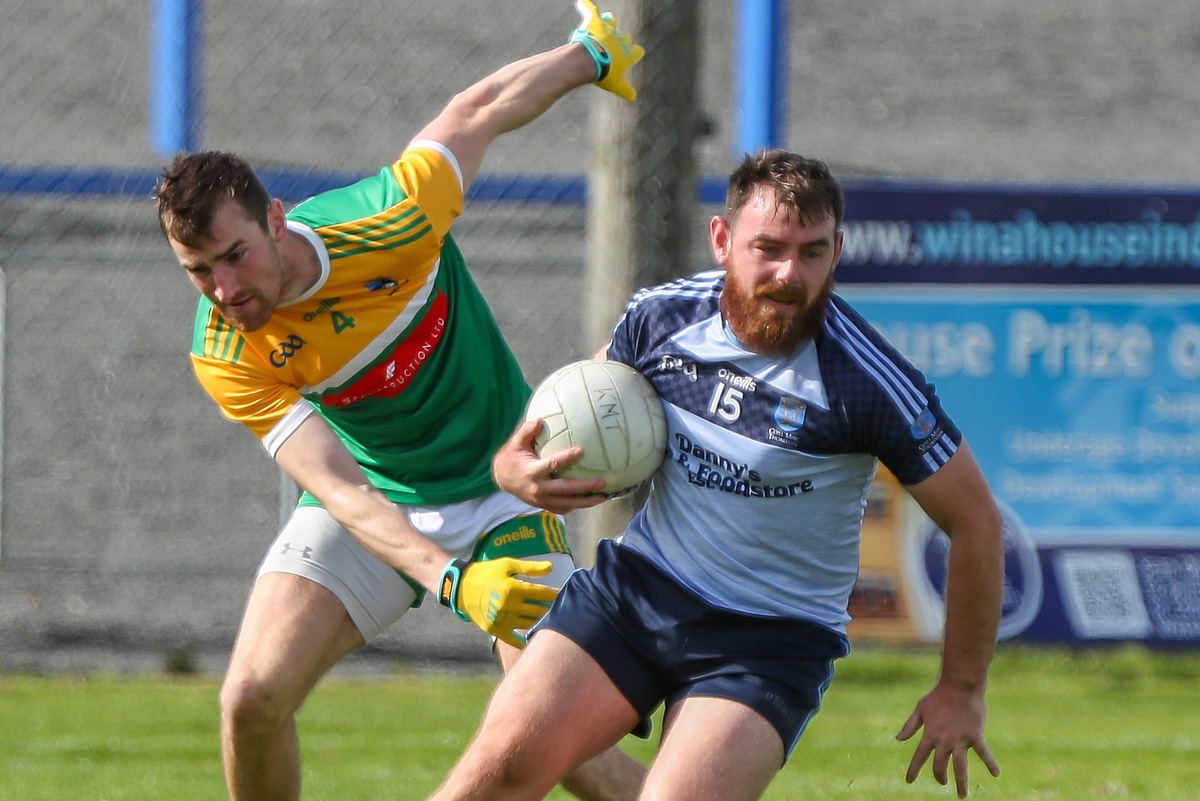 Kilmacthomas’s Kealan Kiersey gets away from Gaultier’s Barry Coughlan in their previous game. Next up for Kilmac are neighbours Portlaw. Photo: Maurice Hennebry.

This game between near neighbours is much harder to call. While Gaultier’s eleven point win over Kilmacthomas was somewhat flattering last so too was their nine point win over Portlaw. While Portlaw scored just 1-3 last Saturday Kilmacthomas managed just six points the previous week. Clearly both sides have some work to do when it comes to scoring. Based on their respective performances it could be said that Kimacthomas created more scoring opportunities against Gaultier and if they can find the finishing touch they can come through here.

Sunday –Fraher Field 1.45 pm. Gr. A Clashmore-Kinsalebeg V Brickey Rangers
Prior to Sunday last one would have fancied Clashmore to come through here but the Brickeys showed their battling qualities against Ballinacourty and facing an unpredictable Clashmore side they cannot be ruled out. Without key players Tadhg de Burca and Brian O’Halloran Clashmore will need big performances from such as Ed O’Halloran, Cillian O’Keeffe, Ciaran Bourke, Ceclan Allen, Brian Lynch, Sam Fitzgerald and Paul O’Connor here. Brickeys, for their part would need Mark Cummins back in midfield to support Conor Phelan, Tom O’Connell, Conor Browne, Cormac O’Grady and Conor McGrath. If Clashmmore turn up on the day they should just come through here.

Sunday – Fraher Field 3.30 pm. Gr. D – Stradbally V An Rinn
This is, without question, the most interesting of the weekend games. Stradbally are very much a side in transition and have probably slipped out of the top four in the county for the first time in a great many years. Still, despite their decisive defeat by The Nire they cannot be discounted with players like Shane Lannon, the Ahearnes, Daniel Weldon, Eoin O’Brien and Jack Mullaney to call on. An Rinn surprised The Nire on Sunday last with their intensity and they will need to produce that at the same level on Sunday against a Stradbally side that will be looking to getting back into the business end of this year’s championship having exited early for the first time last year. Looking at their respective performances against The Nire An Rinn must ne fancied though I think Stradbally will have more to offer here.