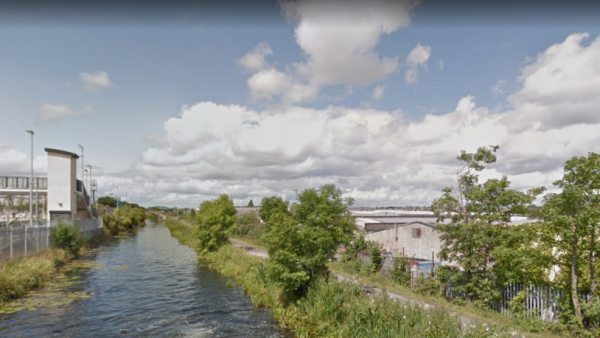 Plans have been lodged for a ‘Grand Canal Square’ style mixed use scheme aiming to create “a dynamic new urban quarter” that will bring hundreds of jobs to Cabra East on Dublin’s northside.

In the plans, Woodberry Printing Ltd is seeking planning permission for its ‘Royal Canal Square’ development on a 5.63 acre site at the Broombridge industrial estate in Dublin 11 that will also include four blocks with the tallest reaching to 16 storeys in height.

The scheme includes 304 apartments and a 100 bedroom family hotel along with 44,365 sq metres in office space and 14 retail units.

The backer of the scheme is parent firm of Woodberry Printing, print and packaging company, Colorman Ireland Ltd which occupies a number of industrial units at the Broombridge industrial estate.

Planning consultant on the project, Kevin Hughes of Hughes Planning and Development Consultants has told Dublin City Council that “not only will the proposal effectively bring hundreds of jobs to the area and the city more broadly, but we believe breathe life into this dated industrial area of the city which has been under utilised and earmarked for redevelopment for a number of years”.

In an extensive planning report lodged with the scheme, Mr Hughes states that “this ambitious plan will deliver a best in class employment destination, balanced by a vibrant new living quarter that will not only transform but future-proof this area of Dublin 11”.

Mr Hughes states that it is anticipated that the proposed Royal Canal Square will be similar in nature to the existing Grand Canal Square on Dublin’s docklands.

Mr Hughes adds that the scheme “also includes an eye-catching covered street running from the south-west of the site to the north-east which will create a pedestrian friendly connection on the site”.

The report states that the mix of the scheme will be 64.5 per cent commercial and 35.5 per cent residential uses.

Mr Hughes goes on to state that the scheme “seeks to create a dynamic urban quarter, with the site offering an opportunity to create space which will house and inspire a new generation of residents, business owners, employers and employees within what the potential to become a leading and vibrant destination within the city boundary”.

A decision is due on the scheme in November.