Here is our team and player of the 2022 Waterford Senior Hurling Championship…. 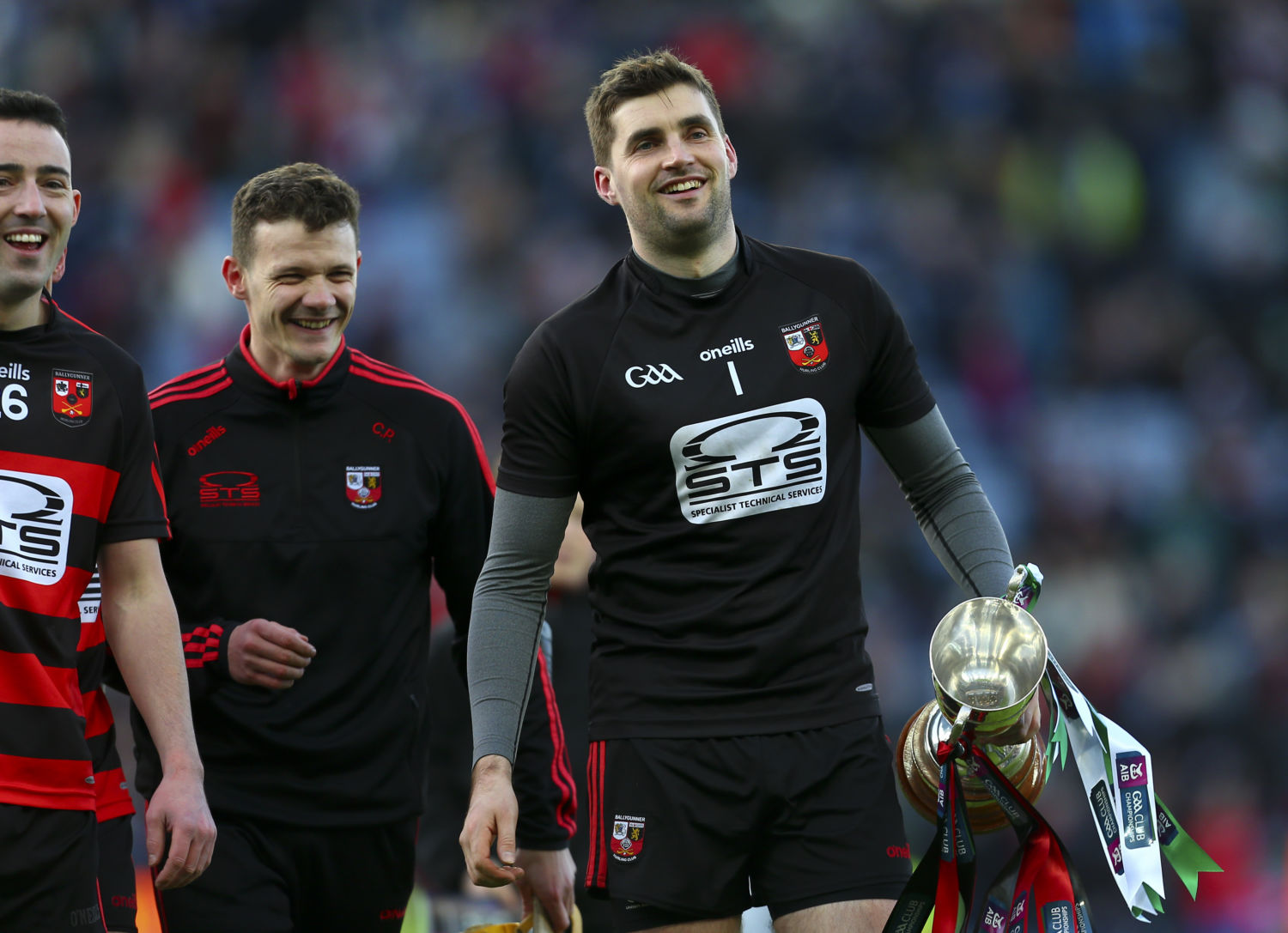 Waterford’s greatest ever goalkeeper. Hero of the hour on county final Sunday with four stunning saves. That first half penalty stop from Austin Gleeson was a game changer. Took down a Martin O’Neill point effort as he contributed to 2-6 of Ballygunner’s 2-11. Denied Brian Cunningham in a one on one in the first minute of the De La Salle game. Only conceded three goals in the 2022 championship. 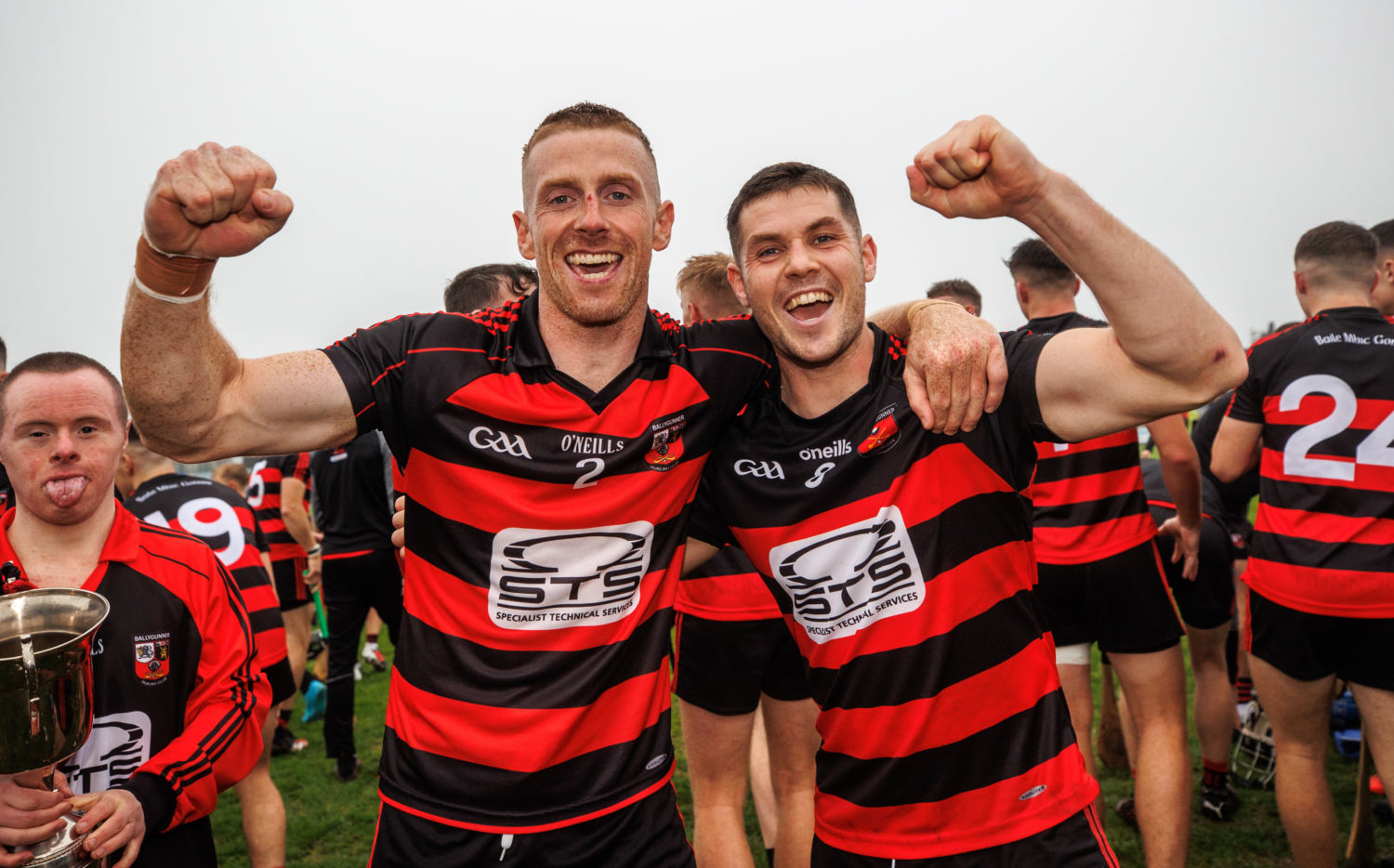 A terrier of a number two. A man of the match contender in the county final. Defended from the front against both Jamie Gleeson and Alan Kirwan. Sprays the ball out to the man in the best position. Created a point for Kevin Mahony. (pictured on the left above). 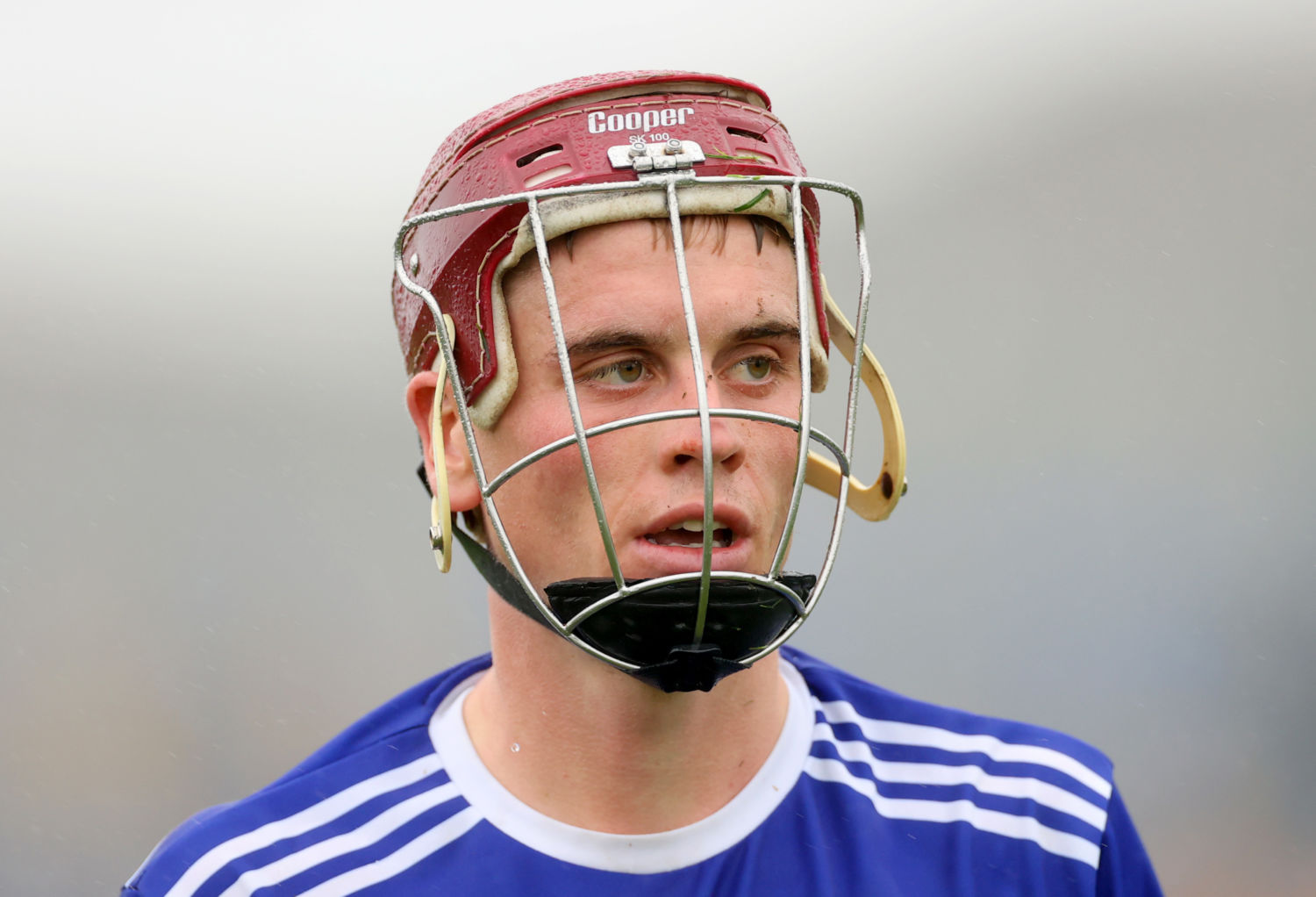 A sturdy full back. Handled Dan Shanahan, Thomas Douglas and Kevin Mahony in the knockout stages of the championship. Strong in the air, tough on the ground but composed in possession. Worthy of a call-up from Davy Fitzgerald. 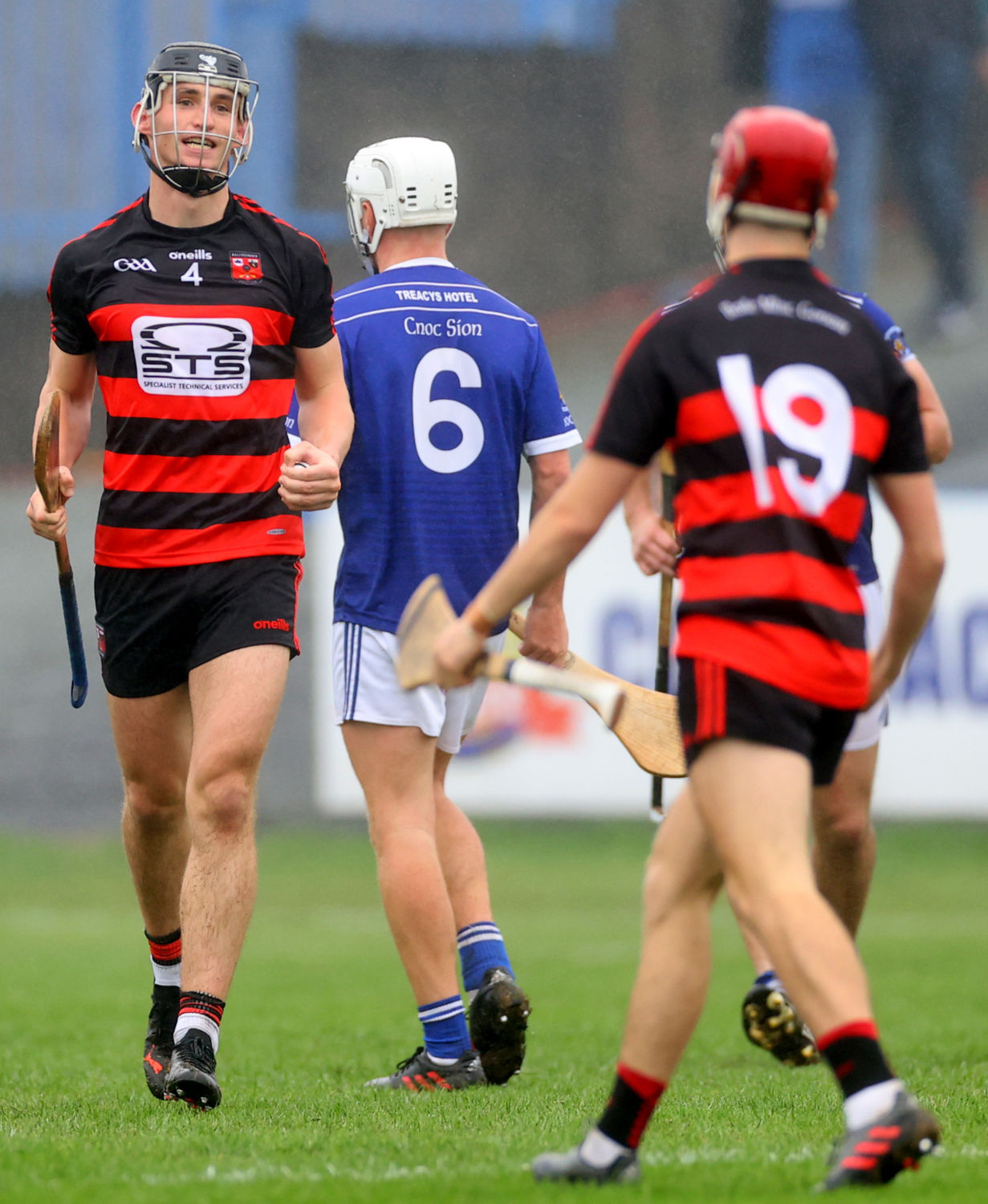 Growing in confidence. Aggressive in the tackle and tidy with ball in hand. Available for short puckouts. Not afraid to break out of defence. Scored long distance points against Passage and Fourmilewater.

5. Conor Sheahan (Ballygunner)
Got better and better as the championship wore on. Struck two points against both Fourmilewater and Roanmore. Switched to left half back in the second half of the semi final to look after the lively Ethan Flynn. A slick distributor of the ball. Assisted points for Peter Hogan and Billy O’Keeffe in the county final. (Pictured above on the right with Ian Kenny). 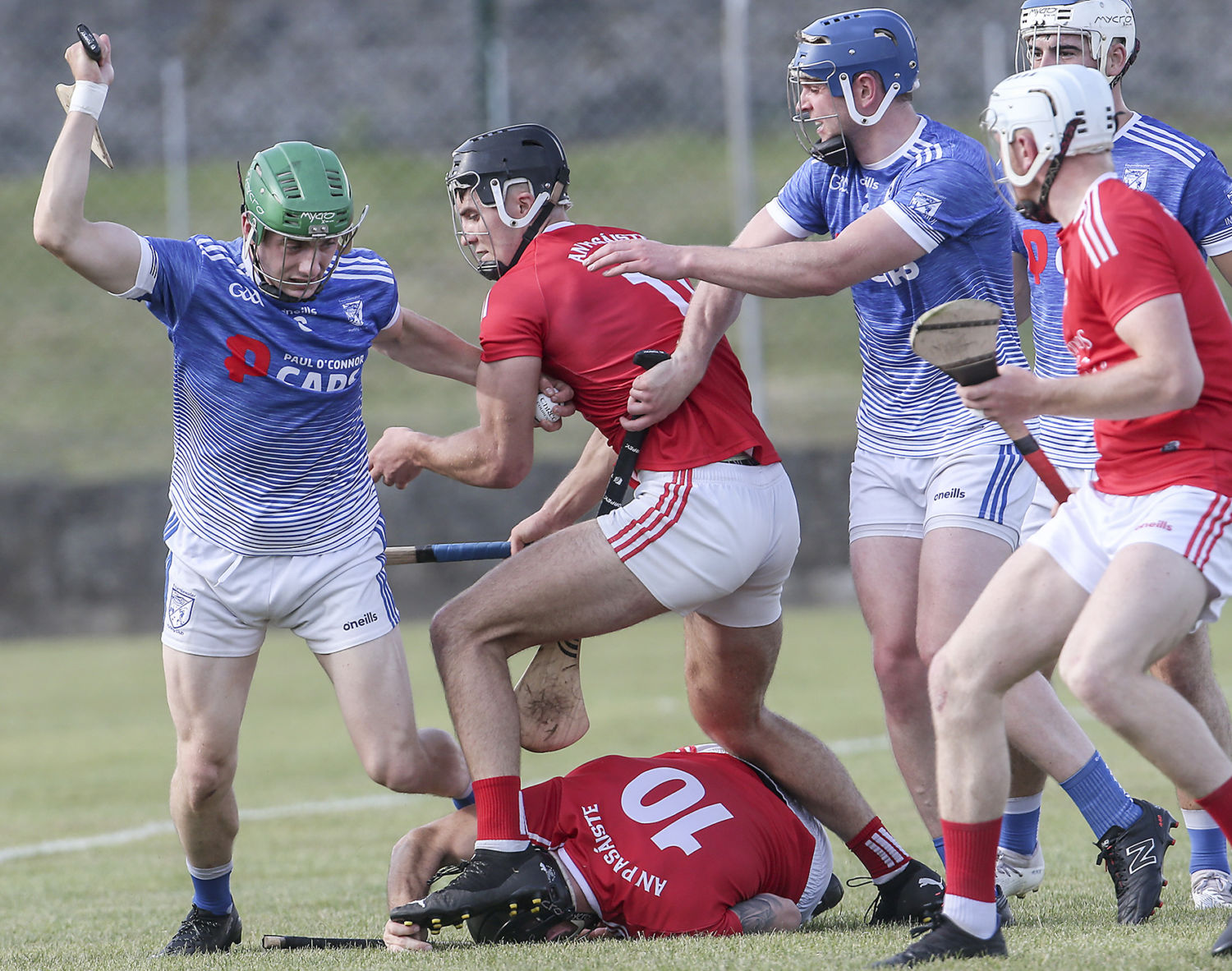 An attack minded number six. Delivered a series of barnstorming displays as he carried his team forward. Burst out of defence with ball in hand and blew players out of his way. Fourmile’s star player in the quarter final loss to Ballygunner with three monster points. Split the posts against Passage and Clonea as well. 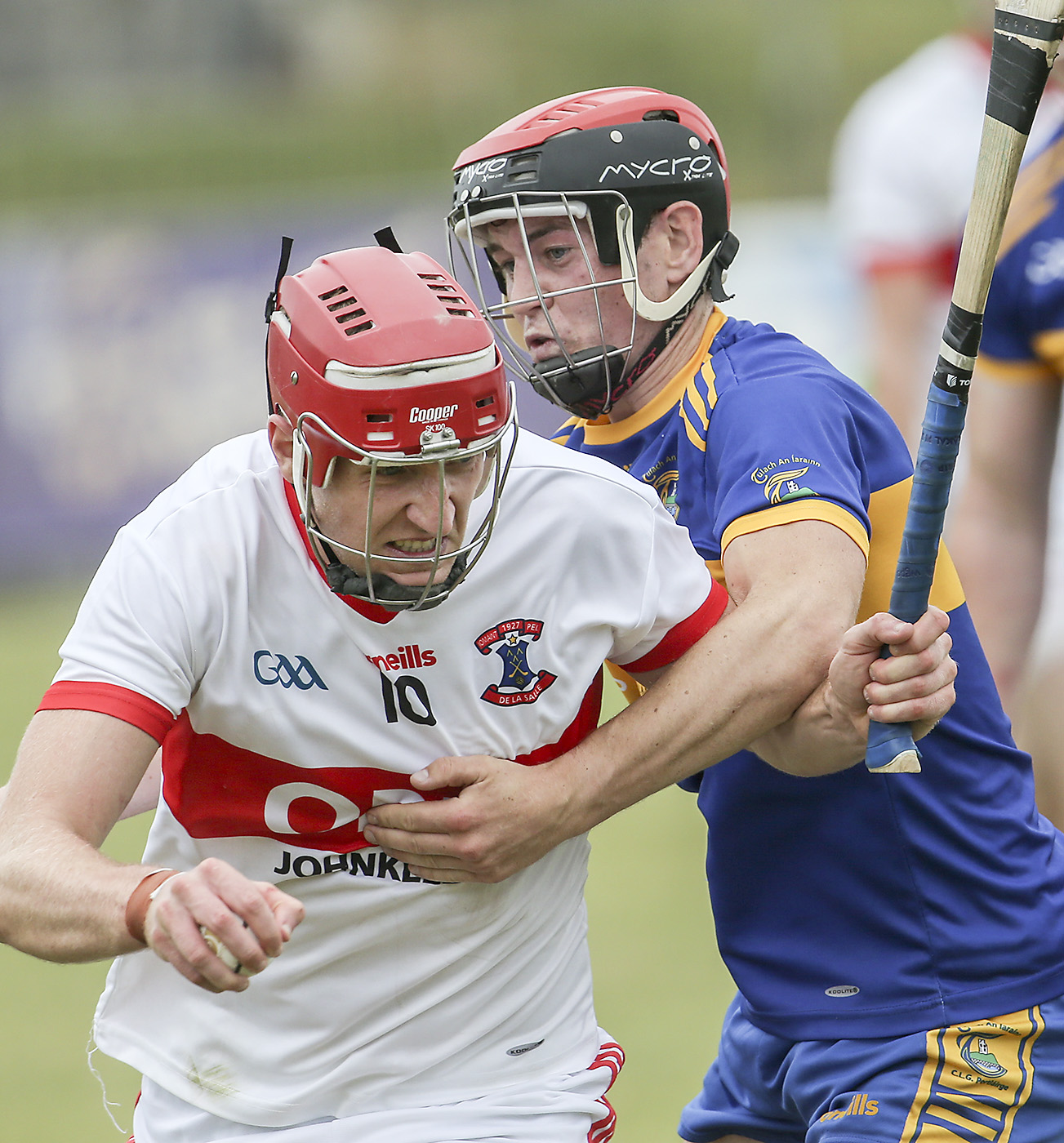 Fronted up to Austin Gleeson in the semi final. Shadowed his county team mate from full forward to full back and made a terrific turnover. Scored twelve points from play in five games. Fired four first half efforts against Dungarvan and three against Passage. A powerhouse in defence and attack.

The heartbeat of the Mount Sion team. Works his socks off, links the play from back to front, and drives at defences. Struck twelve points from play this season including six in a man of the match display against Tallow. Scored two points in both the quarter final and semi final. Won four first half frees in the final. 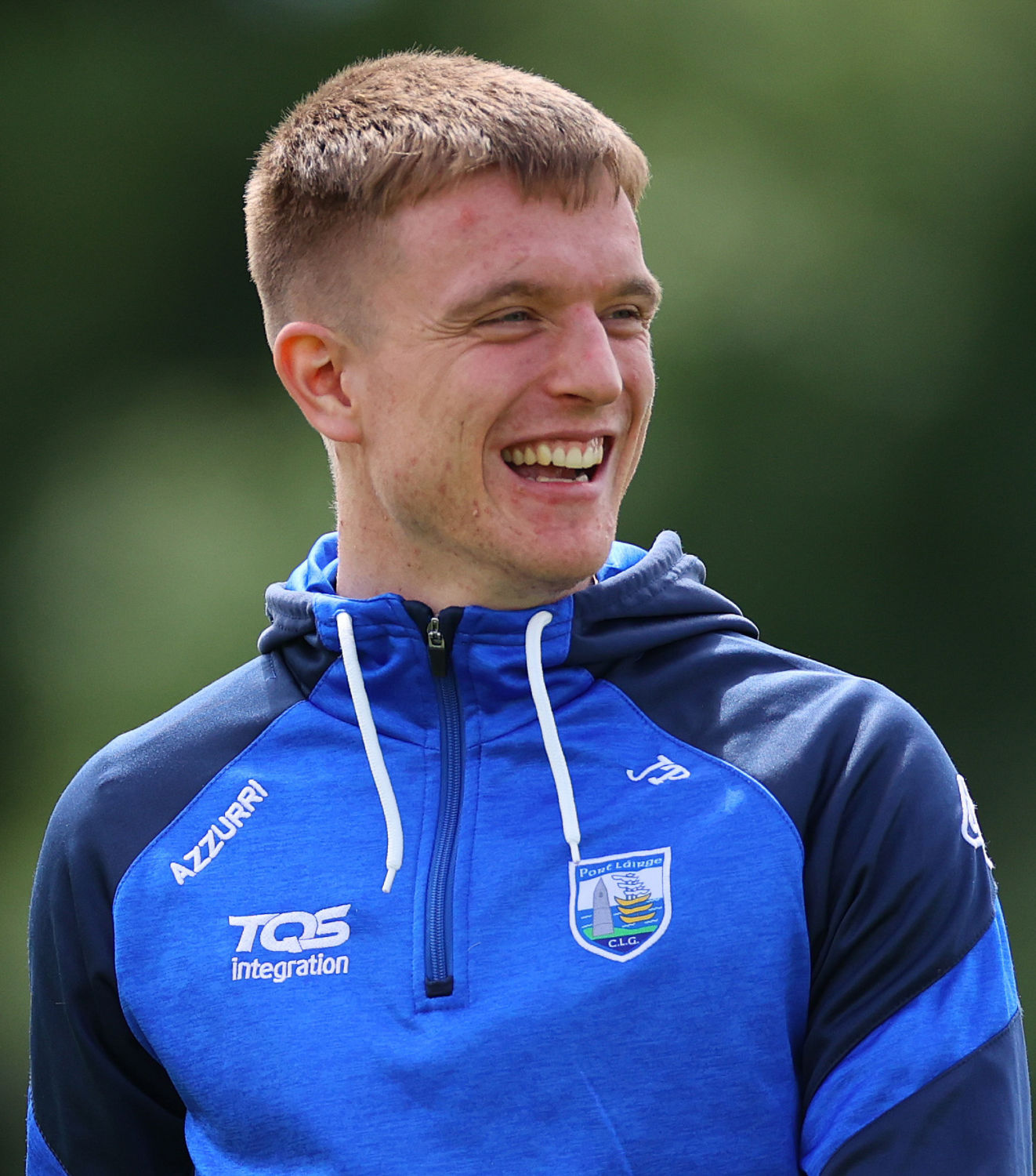 The Lismore skipper stepped up in the absence of the injured Maurice Shanahan. The county man totalled 1-39 in four games (1-8 from play) including 1-13 against Dunhill and eleven points against Roanmore. He also slotted a crucial injury time point in the win over Clonea. 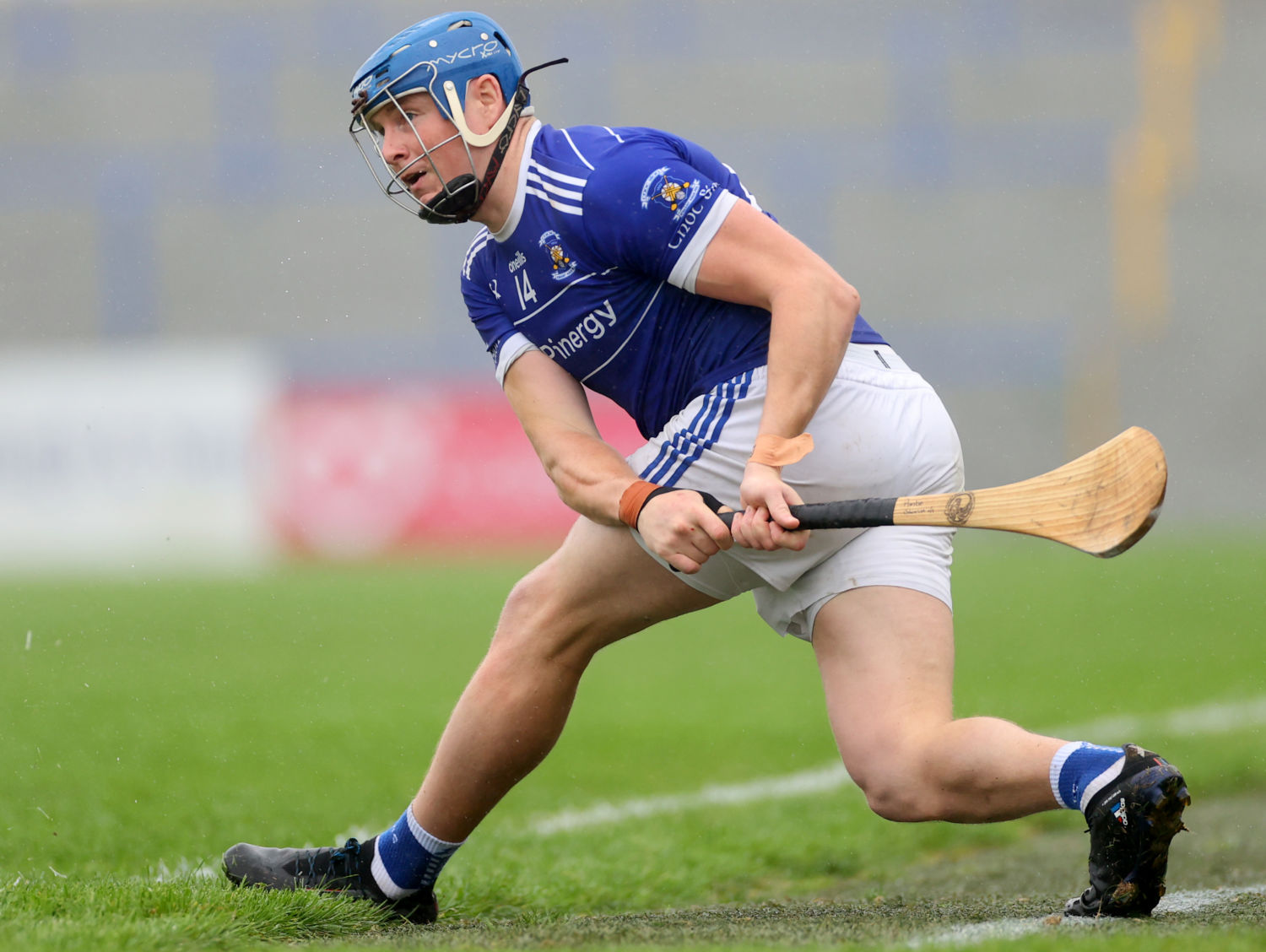 Sion’s captain and talisman. Clocked 2-26 in the 2022 championship (1-12 from play). Netted a wonder goal against Abbeyside as he knocked two defenders out of his way, charged down the sideline and lashed the ball to the far corner. Hit a jaw dropping point against Lismore from his own half and followed it up with a close range free that Paul Flynn would have been proud of. 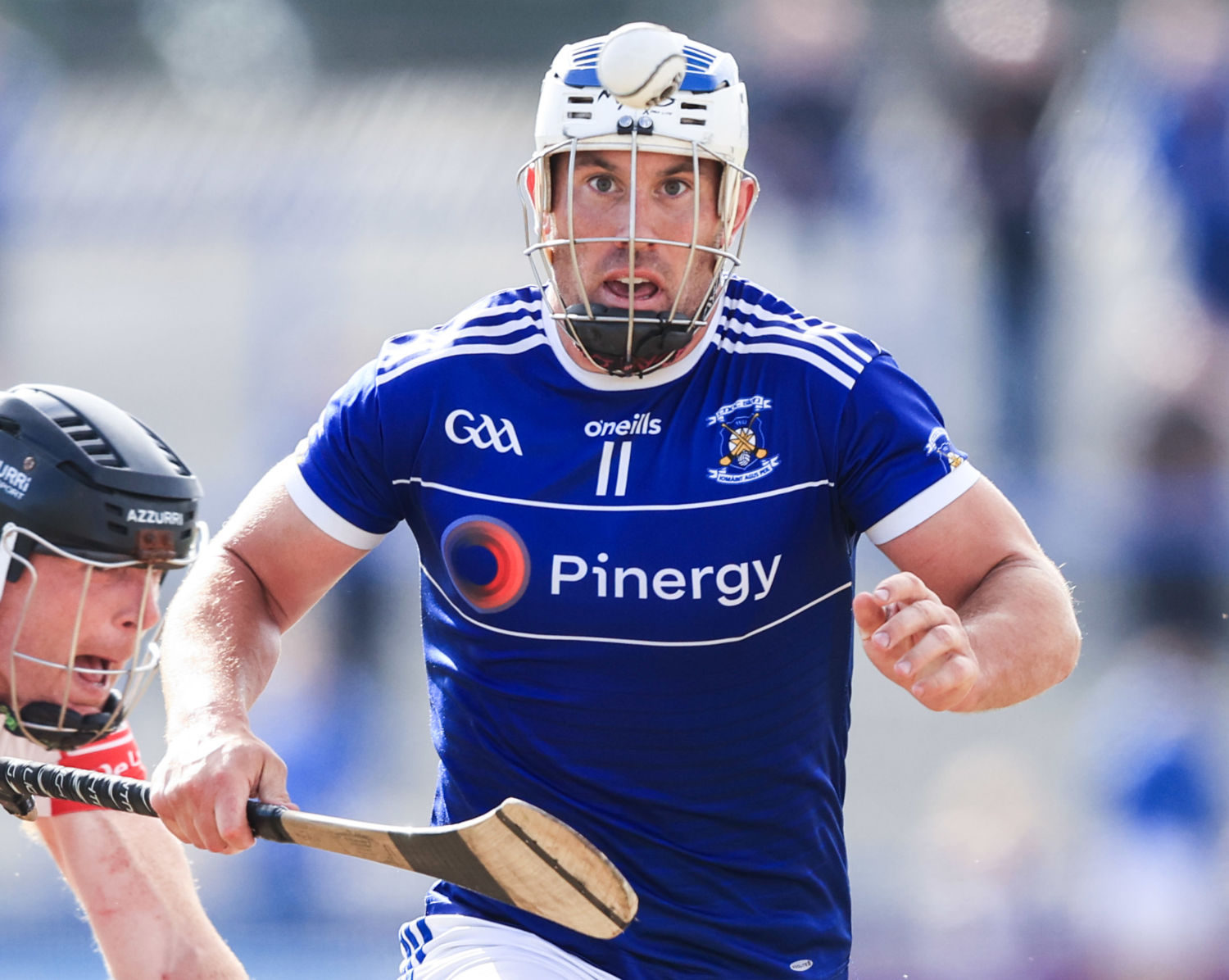 A workaholic centre forward. Always rolls his sleeves up. Runs hard and hits hard. Completed the championship with fourteen points from play. Hit five in the first half against Abbeyside as he looked at home in his new surroundings of number eleven. Produced four in the facile win over Lismore. Took the fight to Ballygunner in the county final. 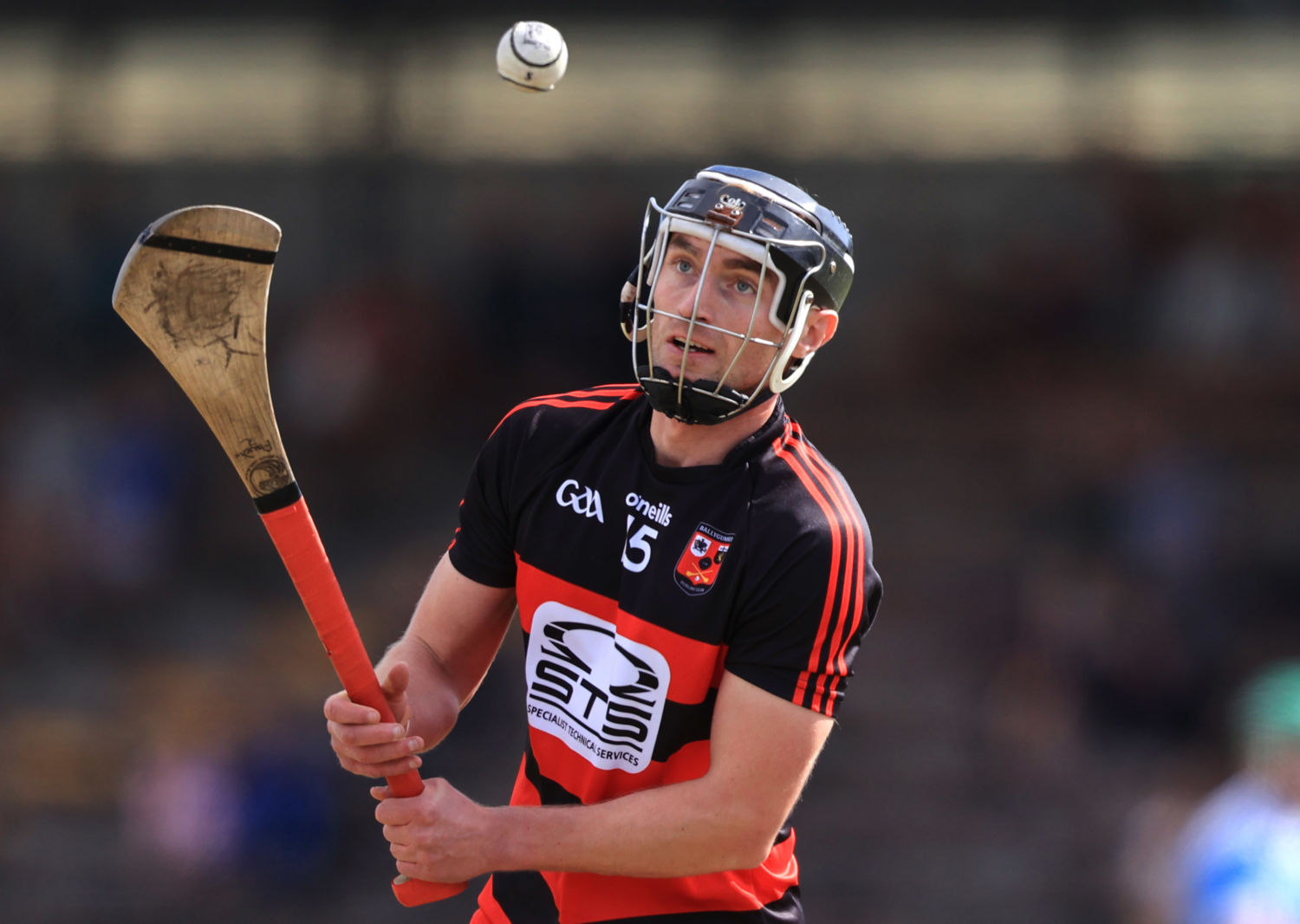 Razor sharp from frees and from play. Second highest championship scorer with 2-40 in five outings (24 frees, 2-13 from play and three 65s). Star of the show against Passage (1-9) and Fourmilewater (0-11). Finished coolly to the net on county final day. Supplied quality ball to his inside forwards and worked hard out of possession. Back to his best. 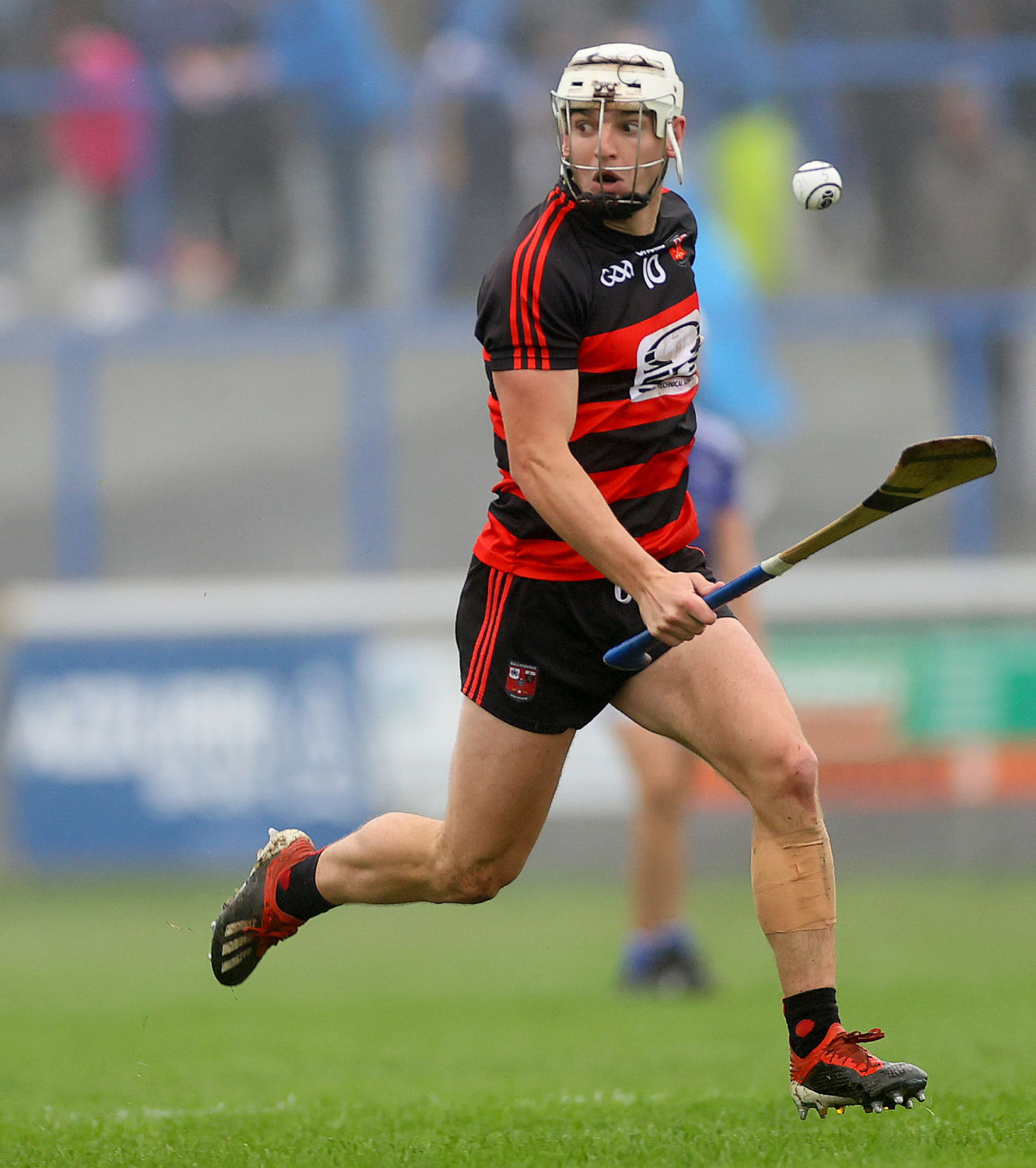 The deadliest finisher in the Déise. Top gun from play in the championship with 1-18. Eight points against De La Salle was his most dazzling display of the 2022 campaign. Added 1-7 in the three knockout games. Got three points in a tough battle with Waterford team mate Conor Gleeson. His first half goal steadied the ship in the semi final win over Roanmore. 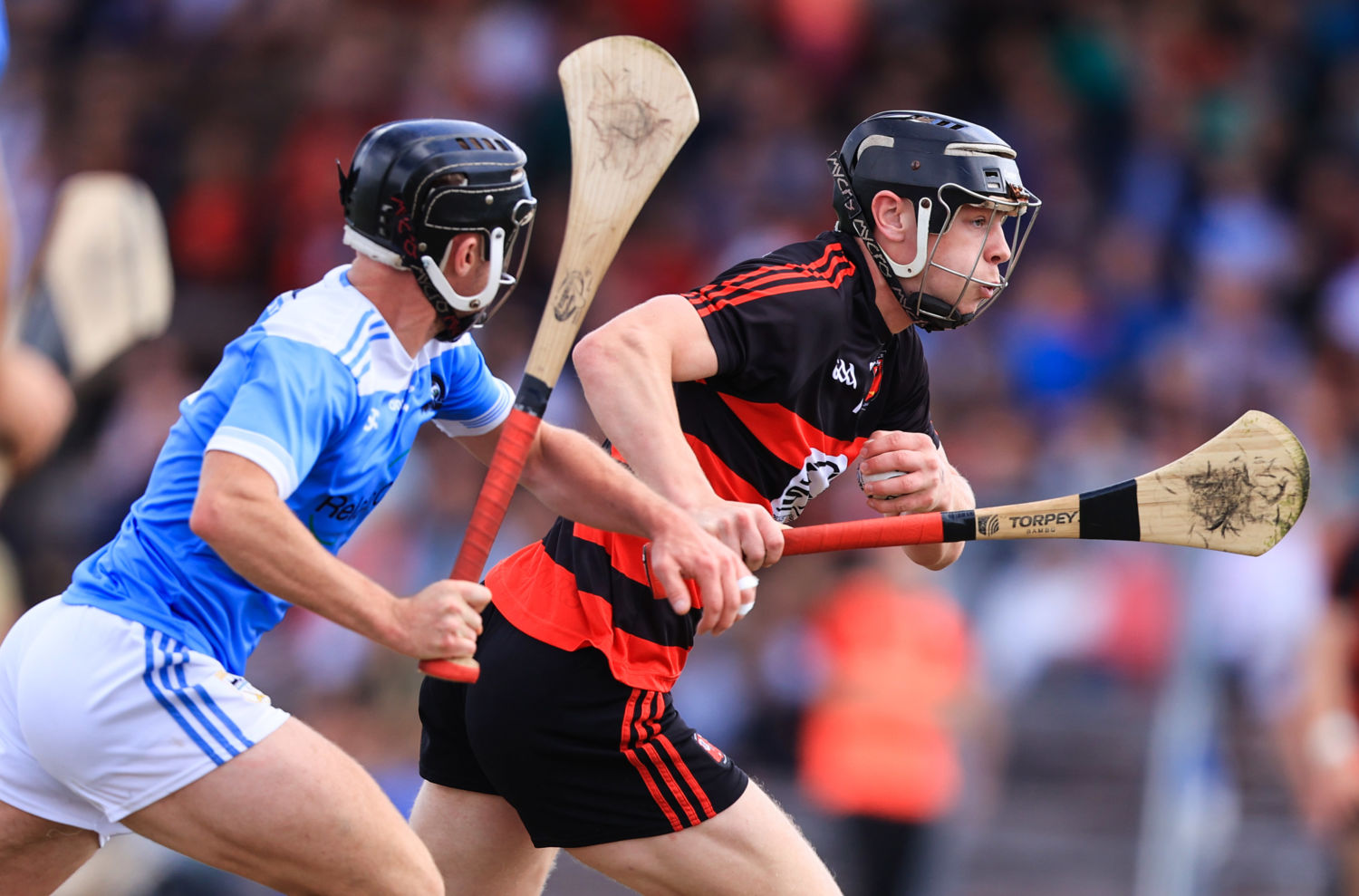 A grafter. The industrious full forward was a standout performer for the Gunners from start to finish. Makes scores and takes scores. Weaved in and out of the Fourmilewater defence before he found the net in the quarter final. Finished the day with 1-2. Created the goal for Dessie Hutchinson in the semi-final, got two points and won four frees. Scored 1-9 in five games (1-5 in the knockouts). Won two first half frees and sent over a second half point against Mount Sion.

PLAYER OF THE CHAMPIONSHIP 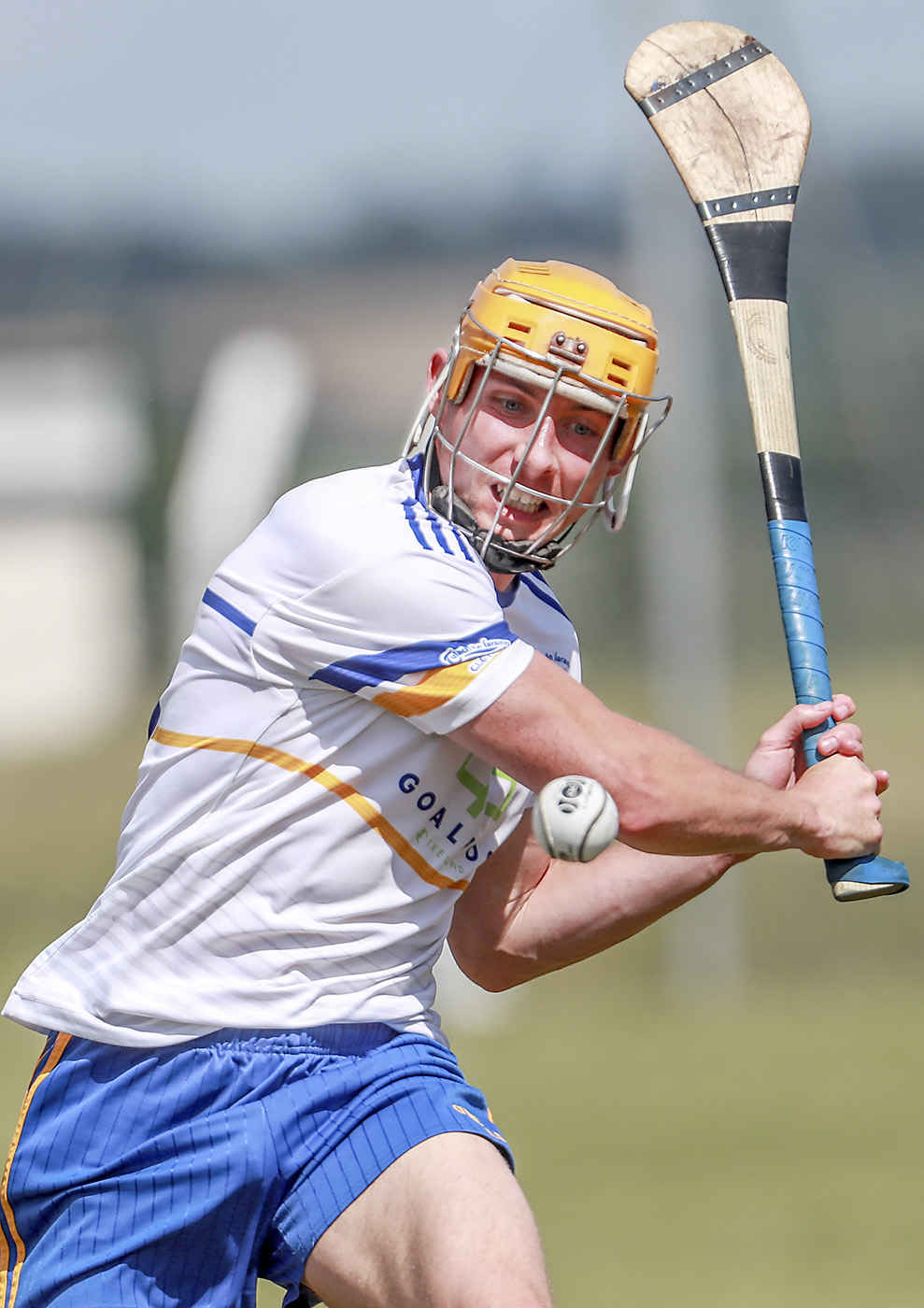 The most exciting player to watch in the 2022 championship. His hurley was like a magic wand as he performed all sorts of flicks and tricks. Hasn’t lost his blistering pace either as the man in the yellow helmet left defenders for dead. Top scorer in the county with 2-47 (32 frees, 2-10 from play, four 65s and a sideline) in five games including 2-11 against Abbeyside. His two goals were things of beauty. Accounted for 63 per cent of Tallow’s scores. Nine points against Dunhill (four from play) helped the Bridesiders stay senior. Even in the heavy defeats to Mount Sion and De La Salle, he still delivered eye catching scores. Our player of the 2022 Waterford SHC.