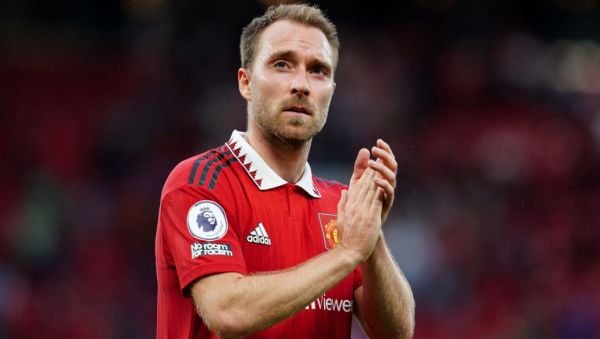 Summer signing Christian Eriksen already feels at home at Manchester United and cannot wait for his first taste of the city’s derby this Sunday.

After a pair of postponements following the Queen’s death, Erik ten Hag’s side will make the short trip to neighbours Manchester City to play their first Premier League match since September 4.

It will be a maiden Manchester derby for United’s manager and players like Eriksen, who has flourished since joining on a deal until 2025 following the expiration of his short-term contract at Brentford.

“I think, from my own point of view, it’s only a few months but it feels like I’ve been here longer,” the Denmark midfielder told United’s website.

“It’s to do with the club, the people working for the club, the team. In general, I’ve been made to feel very welcome since day one and I feel at home straight away.

“Now it’s going to be a tough test. We’re feeling good and in a good place, really flowing and I’m looking forward to the game.

“It’s a first derby for me personally, in Manchester, and hopefully it’s going to be a fun game to play in and a fun game to watch.”

United are looking for a fifth consecutive Premier League win as they kick-off a hectic month, with Ten Hag’s side playing nine matches as they juggle domestic and continental exertions as the World Cup break looms.

“It’ll be very busy and good for the fans,” Eriksen said. “We have a lot of games on TV and a lot in the stadiums.

“It’s all welcome so it’ll be good. Hopefully, we get some good results and have some good games.

“Now no more breaks and I can be fully focused on United until the World Cup.

“So, it’s going to be intense. As a football player, I want to play as many games as possible. I feel good, my body feels good and I’m looking forward to it.”

Eriksen begins October fresh from a pair of impressive Nations League performances, with his exceptional goal against Croatia followed by a fine display in Denmark’s defeat of France.

The 30-year-old is also buoyed by winning United’s player of the month award for September in recognition of his excellent start to life in the north west.

“I think September has been nice,” Eriksen said. “It’s been a good ride compared to, of course, the end of August, which was a bit tough result-wise.

“But I think, personally and club-wise, the results in September were good so September was a good month.

“I’m grateful and thankful for the people voting. I mean I wasn’t sure when I arrived about there being a player of the month every month.

“I think it’s the first club I’ve been at where you have that but, again, it means a connection with the fans and they feel part of it and I am pleased that they voted for me.”