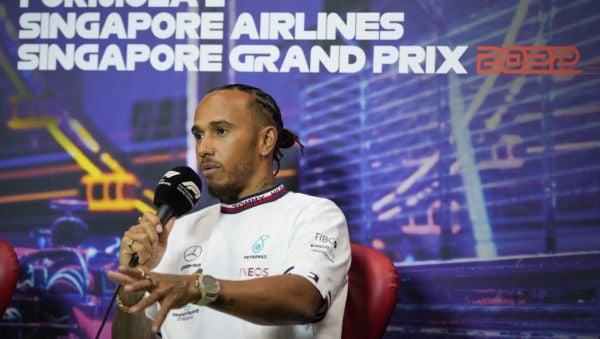 Lewis Hamilton faces a fine for wearing his nose stud in final practice for the Singapore Grand Prix.

Formula One’s governing body the FIA has enforced a jewellery clampdown this season on safety grounds.

Following a number of medical exemptions, Hamilton, 37, removed his piercings at the 10th round at Silverstone in July.

But Hamilton was seen wearing the nose stud in the concluding track running before qualifying in Singapore.

He was summoned by the FIA to see the stewards with a Mercedes representative at 7:45pm local time for an alleged breach of appendix L, chapter three of the FIA International Sporting Code.

It is expected Hamilton will be fined for the breach but will face harsher sporting penalties if he continues to ignore the FIA’s rule.