A fair Budget in an uncertain climate 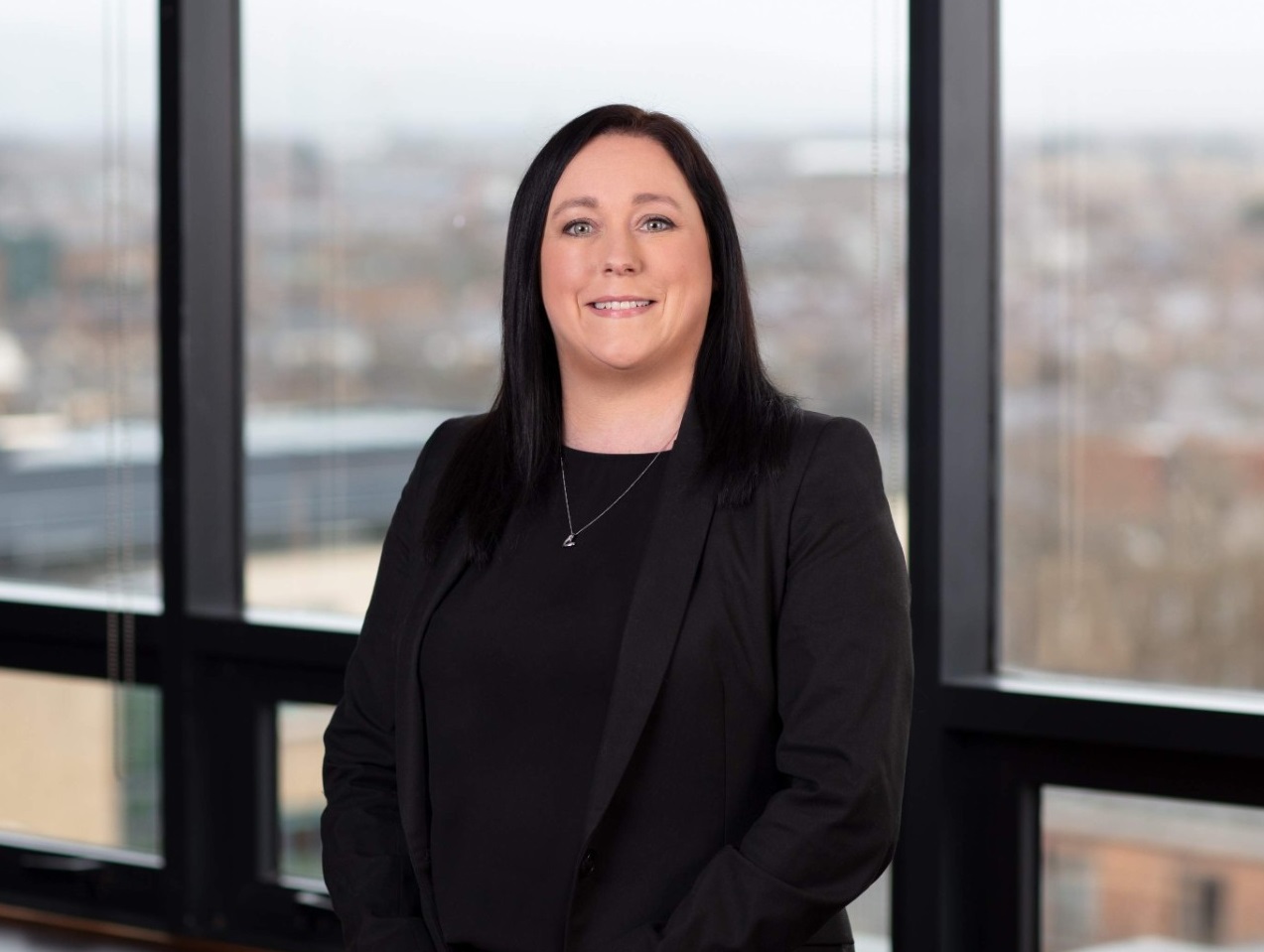 Budget 2023 struck a good balance despite the international picture according to Alison McHugh, EY Ireland’s Tax Partner and Head of Private Client Services…

THE €11 billion Budget announced by Paschal Donohoe and Michael McGrath on Tuesday last was delivered against the backdrop of the increased cost of living along with very positive results around Exchequer finances, particularly in relation to Corporation Tax.

During his Budget speech, Minister Donohue made it clear that some of those corporate tax receipts cannot be relied upon in the long term. This explained the implementation of several one-off measures as opposed to permanent changes in the event of the Department of Finance not having the same level of Corporation Tax receipts to call upon in future years.

In terms of trying to deal with the cost of living crisis, it’s important to note than no matter what the Government announced last week, it’s probably never going to be enough for the vast majority of the population.

Taking energy credits into account, the increase in the tax credit bands – which won’t kick in until January – the double Child Benefit payment for families along with the increased Social Welfare payment all represent, in a wider sense, small ways of trying to put some money back into people’s pockets.

Obviously, there’s a lot of speculation regarding the energy credit as to whether it’s fair that it’s being universally issued regardless of one’s earning capacity. But on the flip side of that, it’s clear that the Government has adopted a stance similar to what applied when it came to Covid payments and getting money into people’s pockets very quickly. Overall, I feel those measures would be widely welcomed.

Interestingly, a review of the income tax system was mentioned twice during Minister Donohue’s speech. The Department of Finance will explore this potential measure with a view to it being implemented by January 1, 2024, subject to this review.

If introduced any sooner, it would be too problematic from an administrative perspective as most payroll software systems have just the two bands. This is something we could see in Budget 2024.

It’s important to broaden the tax base to ensure that we are not reliant on a smaller percentage of people paying a very significant share of our overall tax take.

Should that occur, those on the lower end of pay will be paying something without being overburdened by tax while the oft-referenced ‘squeezed middle’ would be somewhat more relieved than they have been up to now.

The 10 per cent concrete levy was one of the headline issues which arose from Budget 2023 and represented one of the major surprises contained in last Tuesday’s speech. This levy will presumably be passed on to the consumer and will push up the already high costs of building. For those building their own house, the extension to the Stamp Duty Refund Scheme will provide some relief. Of course, this particular cohort represents just a fraction of those who will be impacted by the new levy.

In terms of entrepreneurship, we didn’t see any real changes at all in either the Capital Acquisitions Tax (CAT) and Capital Gains Tax (CGT) legislation this year, albeit some commentary in the Commission of Taxation report contained suggested changes. But given where we are with the cost of living crisis and rising inflation, no changes on this front were expected and that’s ultimately what transpired. However, the Business Energy Support Scheme will be welcome by small to medium size enterprises (SMEs) which are struggling.

Interestingly, Minister Donohue did refer to Case I trading businesses in his speech which would indicate that some such businesses carrying on certain professions may not be in a position to participate in the energy scheme even if they otherwise meet the criteria around the increase in the energy price per unit.

Another positive measure for employers is that the extension to the Key Employee Engagement Programme (KEEP) has been extended until 2025, which provides share-based remuneration.  A further change to allow employers to buy back shares from employees is a very welcome development.  The change will allow employees to realise value from their options without depending on an external buyer.  This has the potential to open up the scheme to many more employers, including family businesses, who might previously have found KEEP unworkable.

If inflation and cost of living are the two headline issues for small, medium and large businesses, the war on talent is the next biggest issue they’re all facing. The increase in the Small Benefit Exemption from €500 to €1000 is also a welcome measure, meaning businesses can reward their employees a little bit more and such a voucher – or vouchers – in the run-up to Christmas will be all the more welcome.

There’s a nuance at play here in that it can be paid in two vouchers but the exemption only applies to the first two vouchers/non-cash gifts. Employers need to be aware that if they give an employee, say, an Easter Egg in the Spring and a €500 voucher in September, they represent the first two gifts so another €500 voucher won’t qualify for the relief which is certainly worth bearing in mind from the employers’ perspective.

Overall, I feel what was announced on Tuesday last represents a fair Budget, especially given just how much economic uncertainty persists due to the war in Ukraine while I also feel we may not have felt the full impact of Brexit as of yet. And of course, the economic difficulties generated by the UK mini-budget of September 23 may further muddy those waters. The €1 billion budget surplus was incredibly welcome but as the Minister said, much of that is due to the increase in corporate tax receipts and whether we will still have that to a similar extent a year or two years from now obviously remains unknown.

Taking the circumstances in which it was delivered into account, coupled with the fact that everyone will have benefited from it – albeit to differing degrees – Budget 2023 represents a prudent approach on the Government’s behalf in the management of the national finances. 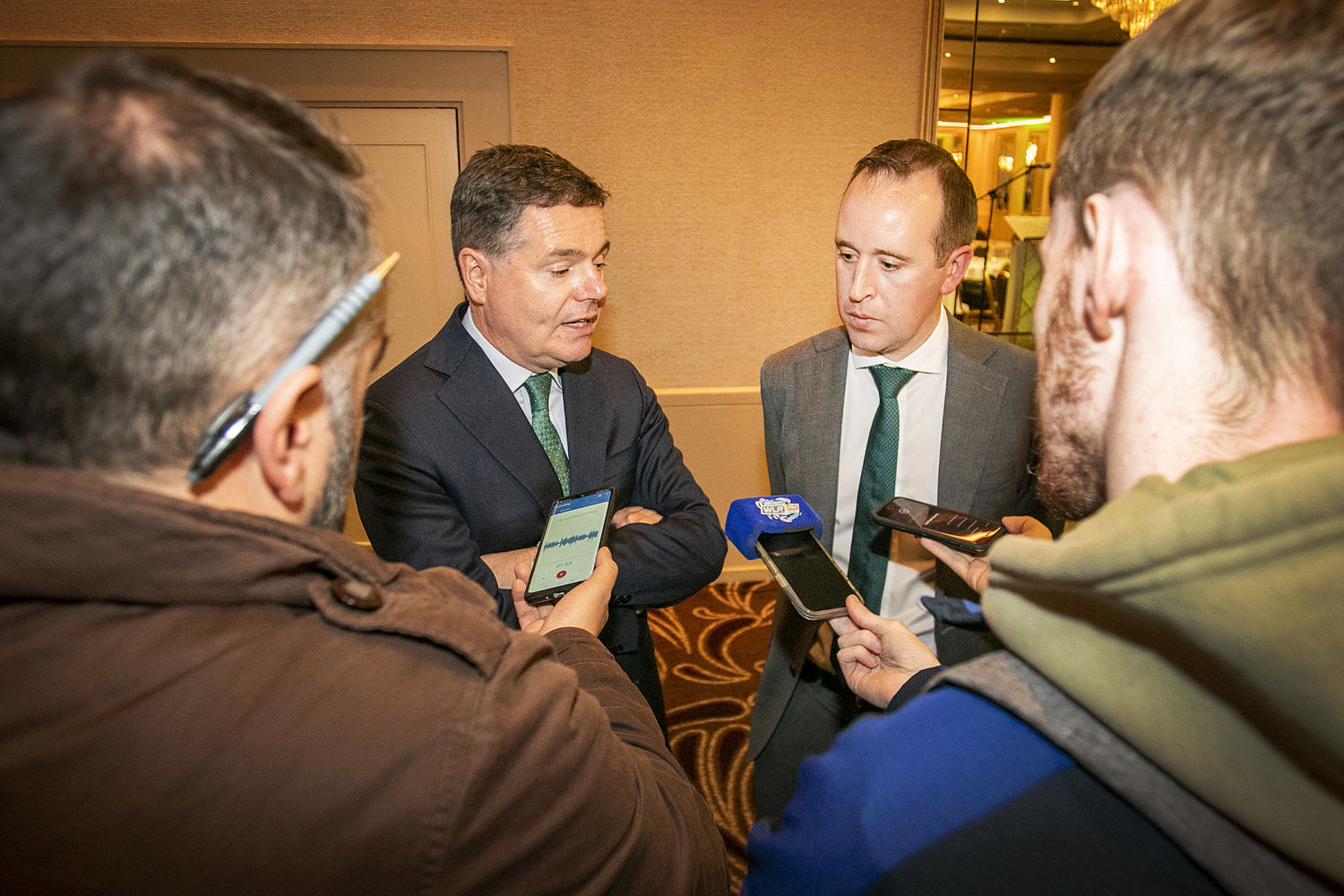 Pictured at the Tower Hotel on Thursday last following a ‘Budget Breakdown’ meeting were Minister for Finance Paschal Donohoe and Senator John Cummins.