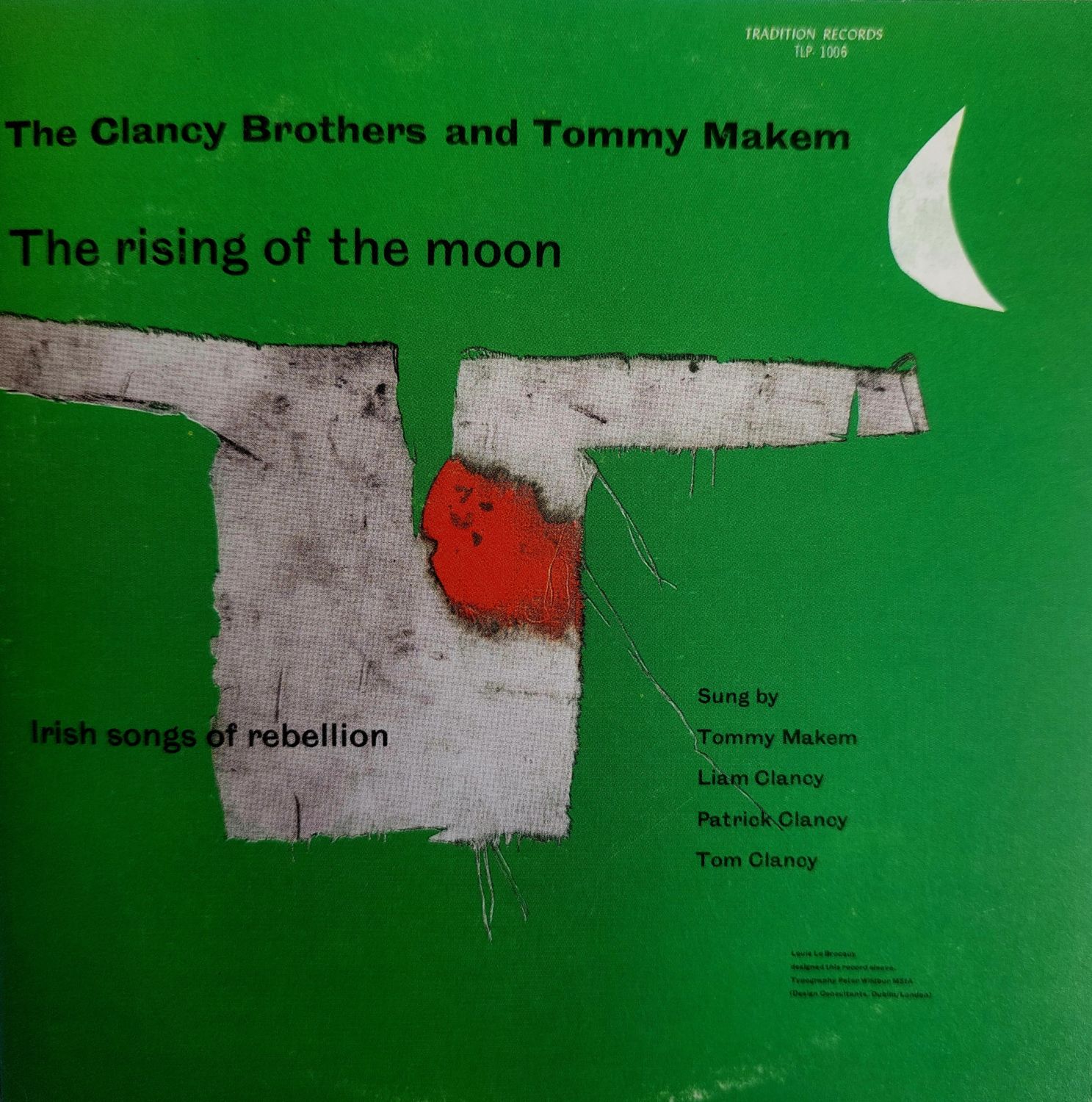 ‘The Rising of the Moon’ album cover (The Clancy Brothers & Tommy Makem, 1959) designed by Louis le Brocquy, is back in the news!

“We’re chuffed to see the album cover being publicised like this,” said An Rinn resident Joan Clancy, widow of celebrated performer Tom Clancy (1924-1990).

Published by the Royal Irish Academy, “this book of essays considers how a range of established formats and thematics of art were fundamentally challenged and changed in Ireland during that time” wrote Catherine Marshall and Yvonne Scott in the Editors’ foreword.

To give the album its full title, ‘The Rising of the Moon, Irish Songs of the Rebellion’ was recorded by The Clancy Brothers & Tommy Makem in New York City some 63 years ago.

Louis le Brocquy, one of the country’s most celebrated 20th Century artists, also designed the cover for The Lark in the Morning for Tradition Records at that time, with both covers winning graphics awards for Best Album Designs of the year.

The Clancy Brothers & Tommy Makem gave the Irish at home and abroad a new pride in their heritage when they burst upon the international folk scene in Greenwich Village in New York in the early 1960s.

They took the folk songs they had grown up with in Carrick-on-Suir and Keady, County Armagh respectively, and with their theatrical training, injected new life into the old songs.

They performed some of them to faster rhythms to the accompaniment of guitar, banjo, tin whistle and harmonica. They wore bainín Aran Sweaters when performing in concerts and on TV and brought Irish culture and style to a whole new audience worldwide.

“We were singing the old folk songs in a lusty, simple way, and it looked so easy and caught on in such a big way that groups of young fellows all over the world decided to do the same thing — thousands of groups.”