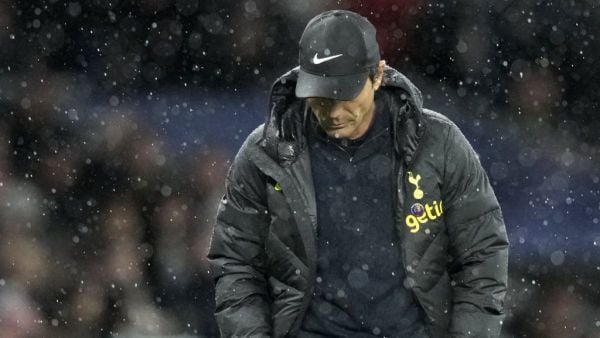 Spurs are in the middle of a 43-day period where they play 13 matches and the Italian admitted other members of his squad will now totally rest ahead of the midweek clash where qualification for the Champions League knockout stage will be secured with victory in N17.

“About Richy and Deki (Kulusevski)? No chance. I don’t know about Pierre and Cuti (Romero) for Wednesday. If you ask me in this moment, I don’t have an answer because I don’t know the way they recover,” Conte said.

“For sure there are players that need to rest for two days to recover because we have players who for them this was seven games in a row and we don’t have the possibility to make rotation in this moment.

“Our target now has to be to try on Wednesday to win the game because to go to the next round is a good opportunity for us.

“I know it will be difficult but we have the possibility to do it and then to try to manage the situation until the last game in November. Then there is the World Cup and we will see what happens.”

Conte revealed after their first home defeat since April that centre-back Romero had been a doubt throughout the week.

The Argentinian played in the league fixtures with Everton and Manchester United despite feeling fatigued and it was a similar situation for Hojbjerg, who had started every match prior to Sunday.

He said: “Romero was the last two or three games, he arrived every day half and half to decide if he play or doesn’t play.

“I think in the past we have taken risk. The players gave their availability to play otherwise honestly if the player doesn’t want to play, I don’t force the player.

“Now after the game against United, he felt a lot of fatigue and then yesterday he felt fatigue in his calf. Before in his thigh, the right, now left in the calf.

While Spurs remain third in the Premier League despite this narrow loss, Newcastle are within touching distance of the London club after a fourth victory from their last five matches.

Callum Wilson got the ball rolling for the Magpies with his fourth strike of the campaign and he reiterated his desire to be part of the England squad in Qatar for next month’s World Cup.

Boss Eddie Howe said: “I am in a difficult position because I don’t want to put Gareth (Southgate) under unnecessary pressure or create headlines because that is not my style from manager to manager, but I do back Callum.

“I think Gareth does as well. He loves the player.

“Callum is an outstanding goalscorer, also an outstanding team-mate so if he was to go to a major tournament, he would support the players that are playing and wait for his opportunity to play.

“For me he has the complete package but that is Gareth’s decision and whatever decision he makes will be the right one.”