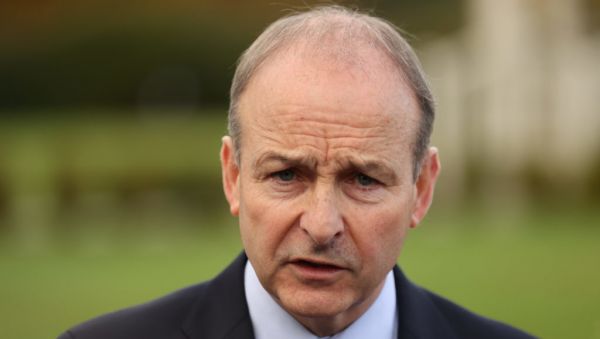 The Taoiseach has said there is still time to avoid a fresh election in Northern Ireland.

But the DUP confirmed it will not nominate ministers to the Stormont Executive, paving the way to a new round of elections.

Mr Martin said that Ireland’s consultative role on non-devolved matters will become bigger if the collapse of the institutions in Northern Ireland drags on.

“There is still time to get into the Assembly and restore the executive, and we will keep ongoing contact with the British government,” Mr Martin said on Thursday.

“At this stage we want the DUP to go back into the executive.”

Earlier, Tánaiste Leo Varadkar said it is “regrettable” people in Northern Ireland could be facing another election, as the DUP continues its stance in refusing to re-enter government.

Mr Varadkar urged the DUP to get back into government as political parties in Northern Ireland make a final effort to restore the Assembly on Thursday.

MLAs returned to Stormont in a last attempt to restore the executive before fresh Assembly elections are called.

If no ministerial executive is in place on Friday, the UK government assumes a legal responsibility to call another election.

Northern Ireland Secretary Chris Heaton-Harris has repeatedly warned that he will call a Stormont poll if Friday’s deadline passes without a devolved executive being formed.

Mr Varadkar said that if an election goes ahead, it is impossible to predict its outcome.

“As things look today, the results will be much the same as it was in the last election, with no clear majority for unionist combined or nationalist combined,” Mr Varadkar said.

“Probably Sinn Féin will be the largest party again. I think there will be a clear majority of MLAs who don’t want the (Northern Ireland) Protocol scrapped, re-elected and that has to be taken into account.

“But you can never predict for sure what’s going to happen in any election. But I do regret that is happening. It is happening because one party has decided not to participate, and that’s the DUP.

“I think that’s very much regrettable but if that happens, we’ll deal with the situation as it develops.”

He said that the parties in Northern Ireland, including the DUP, will get a mandate from the people in the region to sit in the Assembly.

“I would like to hear the voice of the DUP in Northern Ireland government. But that’s not possible at the moment and that goes to the other parties as well.

“I think we would have been able to manage Brexit and what happened a lot better had the Northern Ireland Assembly and executive been up and running, it wasn’t at the time, it isn’t now.”

Labour leader Ivana Bacik said now is the time to look at ways of reforming the operations of the executive.

Ms Bacik said that the use of the veto has entrenched division in Northern Ireland politics.

“The assembly has not had a functioning executive for four out of the last six years due to intransigence on the part of different parties,” Ms Bacik told the Dáil.

“It must now be time to look at reform.

“Since the changes resulted from the St Andrews Agreement, the largest party in either designated community can in effect use a veto against the formation of a power-sharing executive.

“The use of that veto has entrenched division, hollowed out the centre ground parties and resulted in more voters opting for unaligned alternatives, as we saw on the most recent Stormont election.

“Yet the current structure takes no account of the rise of support for parties that do not designate as either unionist or nationalist.

“So it appears to us it’s deeply damaging to efforts to normalise politics in the north, when either of the two largest parties can veto power-sharing.”

Ms Bacik said it was “undemocratic” to allow one party to take unilateral decision to veto power-sharing and hold others “to ransom”.

Mr Varadkar said that the decision of the DUP to block the operation of the Northern Ireland Executive runs “counter to democracy” and risks undermining the fate of the people in the region.

The Tánaiste echoed comments by the Taoiseach who said there cannot be a return to direct rule from Westminster if power-sharing is not restored.

He said that the Government will exhaust every possibility within the framework of the Good Friday Agreement if there is a sustained period of no executive.